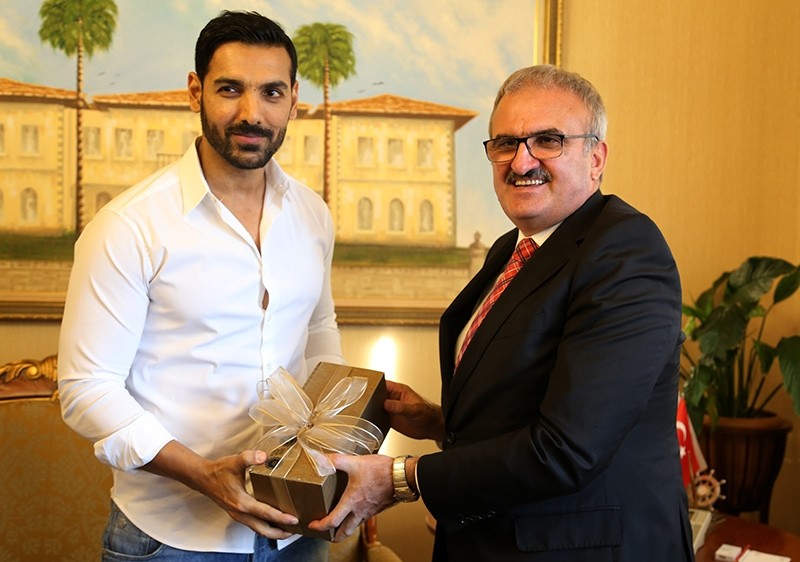 Abraham was in Antalya with his football team, which is currently training in the city, and met with Antalya Governor Münir Karaloğlu.

"I fell in love with Antalya after staying here for a month last year for filming" Abraham said, adding that he would love to promote the city in India and promote India in Turkey.

He noted that he may work to revive tourism in the city by promoting football training facilities for Indian teams.

Governor Karaloğlu thanked Abraham for his contribution to enhance friendship between the two countries.

The governor presented a vase to the popular actor, as a token of appreciation for his efforts.

Abraham's football team has reportedly been camping in Side district for the past 20 days and will play a practice match with Alanyaspor on Nov. 9.

In October, popular Bollywood Actor Aamir Khan also visited Turkey upon an invitation from the country's culture and tourism ministry and met with fans.