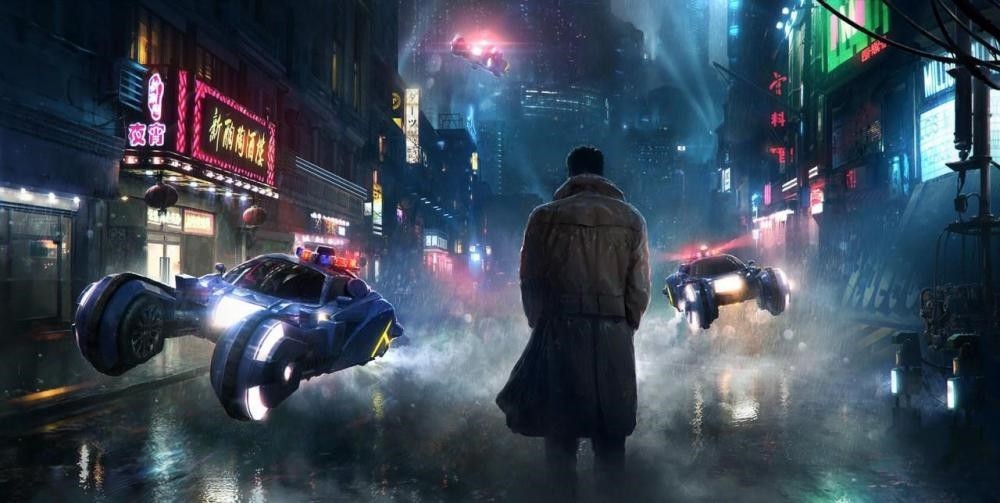 Ridley Scott's 1982 film ‘Blade Runner,' based on Philip K. Dick's ‘Do Androids Dream of Electric Sheep', has long been considered genre defining with its human-like robots that put humans to shame when it comes to feelings of solidarity and valuing life. The torch has now been handed to Denis Villeneuve to reproduce the world of ‘Blade Runner' in ‘Blade Runner 2049,' which explores the thin line between humans and the incredible machines they create

I watched the original 1982 version of Blade Runner at a very impressionable age and it raised my awareness, more than any other work of art, about what being human meant, what a soul might be, and what purpose memories serve. As an undergraduate I read Philip K. Dick's novel "Do Androids Dream of Electric Sheep" and did a project on it. Although I never went back to the film or the book I have made references to it in my own work. It has been with me for decades like a childhood memory, experienced once, but certain aspects of which have been told and retold by myself and my elders - film critics.

So re-entering the "Blade Runner" world recreated by Denis Villeneuve has been a much anticipated, strange delight, akin to a sensation of going to the attic to look at the books and toys you have discarded once, not sure if you can understand the moral of that particular old book, or get the springs working in that once much loved toy horse. But already the images of "Blade Runner 2049" are seeping into the generic attic-room atmosphere I want to create for my own narrative purposes. The totem for memory in 'Blade Runner 2049' is a wooden horse, hidden not in an attic, but very near the furnaces of the ground floor of a horrifying factory.

The film tries to invest in the emotional tie between the replicant and the hologram in several ways.

Villeneuve's film is full of references to the collective memory of cinema, so to speak. It starts off with a dizzying angle showing shiny surfaces, and then we realize we're in a car/vessel over desert conditions. The starting credits have informed us that after where the story was left off in the first Blade Runner, after the first uprising of the androids there was a cataclysm, all farming on earth stopped (was there much of it anyway, I forget), and a new mogul called Wallace has started to make androids that will not rebel. There are still blade runners whose job is to retire old-make androids, or replicants, as Philip K. Dick called them.

The spiraling movement of the camera, with Hans Zimmer music first hurls me into the world of "Space Odyssey," and then when our ride with Blade Runner Agent K finishes, we land in a dusty, yellow world where a "farmer" is testing his produce in hot houses that have Russian writing on them. He's wearing weathered workman's clothes that somehow suggest a Soviet aesthetic - the colors, surfaces, and even the pot that's boiling over the heater takes us into Tarkovsky's "Stalker" territory.

In this world originally created by Dick, one is never sure whether a character one encounters is a human or a replicant, and it is only when Sapper Morton, the replicant that Agent K has to retire, pushes K through a wall that we are certain K must be made of something sturdier than flesh. Soon enough, certain revelations will put K's beginnings as a sentient being in question again. The farm seems to consist of two hot houses and a house, and there is a dried-out tree almost always in the middle of the shot. It turns out that K's replicant victim Sapper Morton has buried a box containing the bones of another replicant under this tree, bones that shall turn out to be the hidden sacred relics of this tale. They are, we are given to understand, Rachel's bones, the female protagonist of the first film. The central revelation of the film is that the bones bear the sign of childbearing through cesarean section. This is proof that a replicant of the old kind had given birth - a fact that the police force tries to keep hidden, the underground replicant network aims to use as propaganda, and Wallace wants to exploit for his replicant building empire.

Ryan Gosling is very good in the role of the moody cop - at the police headquarters he is pushed around by human cops for being a replicant, and he can enter his flat only after hearing several abuses for both being a replicant and retiring replicants. After his missions, K goes through an unnerving procedure called a "baseline test," which seems to test a replicant's attention, and set in a white room it smacks of the "enhanced interrogation" techniques used by the American government. His home, however, is made a "happy" place with all a replicant can wish for. We watch him slowly make himself home and speak to a female voice that doesn't sound quite right. Is the voice coming from an intercom? But no, she is talking about how she will make him food, and she is definitely in the room with him. Villeneuve takes his time to introduce us to K's companion, letting our imagination work a little as to what technological monstrosity may await us. It is nothing other than a hologram of a girl, existences we are used to from other sci-fi films.

We learn later that Joi is a standard hologram sold to lonely men - she is devotion itself to K, and is awarded by a gadget that allows K to carry her with him wherever he goes. So, in this rebooting of the Blade Runner story, the human-replicant love story is replaced by a love story between a replicant and a hologram, making one wonder what further ethereal form the love interest will take if there is a third "Blade Runner." The film tries to invest in the emotional tie between the replicant and the hologram in several ways, some of which are more successful than others. The most touching, I found, is when their vessel/car crashes in a scrap yard, he's unconscious and her gadget is jammed. She appears outside the car, and just as she calls out his name to wake him up, her image freezes and becomes pixelated at the edges, and the same image repeats itself a couple of times - she becomes the embodiment of someone who can't help the one they love - and there are always reasons aren't there, even if you aren't a hologram and even if they may be very close. When things get too sticky, K wants to leave her home but she wants to come with him as she aspires to die "like a real girl," a wish that is too readily fulfilled in films with gratuitous and often gory deaths of women that facilitate the hero's revenge narrative.

The Blade Runner of 1982 finishes in a way that does not necessarily call for a sequel, however happy I may be that we got one anyway. The character arcs in this "Blade Runner 2049," and the investment in Wallace as villain suggest that we may indeed have another adventure with K. This new evil mastermind feels a little out of place in "Blade Runner," and the villain's den scene in the second half could have done with a little editing, although visually the Wallace Corporation is a marvel to behold, bits of the architecture recalling the set of Fritz Lang's "Metropolis." Just as in Margaret Atwood's "Handmaid's Tale" there is much detail in the story to be explored, particularly the spaces of "off-world," a world we hear much of but never see, like Atwood's "colonies." Although the story seems compromised in places to make space for a sequel, Villeneuve's "Blade Runner" manages to make us re-enter the world first imagined by Dick, a world that continues to fascinate readers, writers, filmmakers and moviegoers alike.