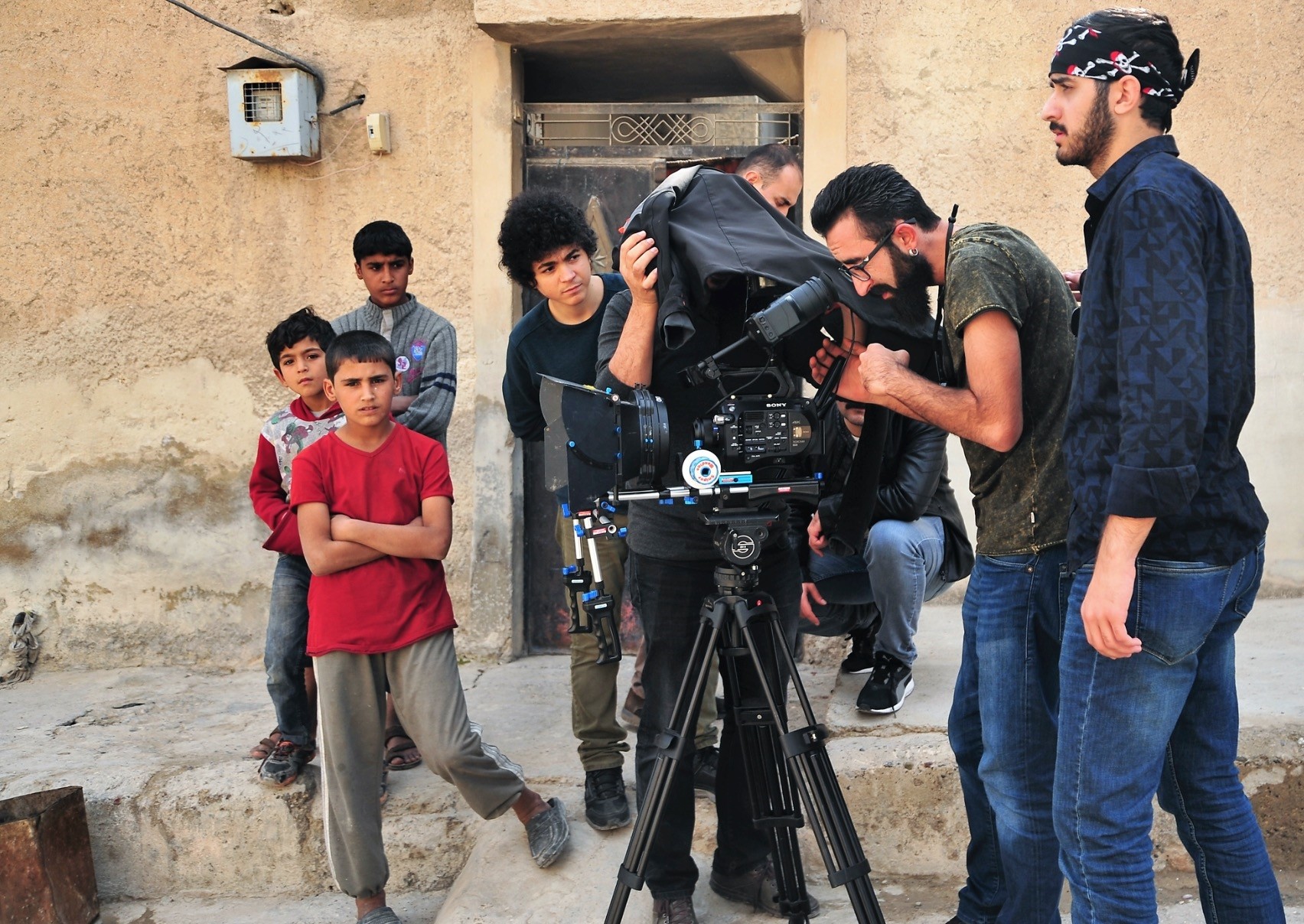 A film titled "Der'a," which will present spectators with the reasons for the war in Syria, is being shot in both Turkey and Syria.

With the support of the Ministry of Culture and Tourism, a film crew is working in the Jarablus district of Syria's Aleppo province and in Turkey's Gaziantep province.

The events that took place in Der'a district, which are known as the starting point of the war in Syria, are told in the film.

The filming of that event alone continued for four weeks, according to Halis Cahit Kurutlu, a member of the scenario team of the film.

The refugees at a camp in Nizip district, which is run by Turkey's Disaster and Emergency Management Presidency (AFAD), were included in the film, as well.

Speaking to Anadolu Agency (AA), Kurutlu said that they especially chose Jarablus for the film.

"The Turkish army finished the occupant terror in Jarablus with Operation Euphrates Shield. There is such a peaceful atmosphere today in Jarablus, where our soldiers brought justice, compassion and mercy, that we could make a film there," he said.

Adapted from real stories and events, the film aims to revive the socio-cultu

ral bonds between Turkey and Syria.

Kurutlu said that they conducted the film project with a crew comprised of 150 people, along with the scenario team, and met children and people of Der'a in the preparation phase of the film.

Kurutlu, who is also the project officer of the TV series titled "Resurrection: Ertuğrul" on the Turkish national broadcaster TRT, added that the developments in Syria would be understood deeply with "Der'a."

He said the film, which is being directed by Murat Onbul, is planned to be debuted in 2018.

He noted that what happened in Egypt and Tunisia was the source of inspiration for the people of Der'a.

eing shaped in our geography and we are getting affected by it as a whole country. When you are insensitive to the events that interest you, history makes you pay for it," he said.

Explaining that this is why they tried to focus on how the rebellion in Syria appeared and how it turned into a war in which global actors are taking part, the project officer said, "People don't choose to live without a country. However, they can be forced to live like that. We should understand how Syrians ran away from their country and took refuge in Turkey."