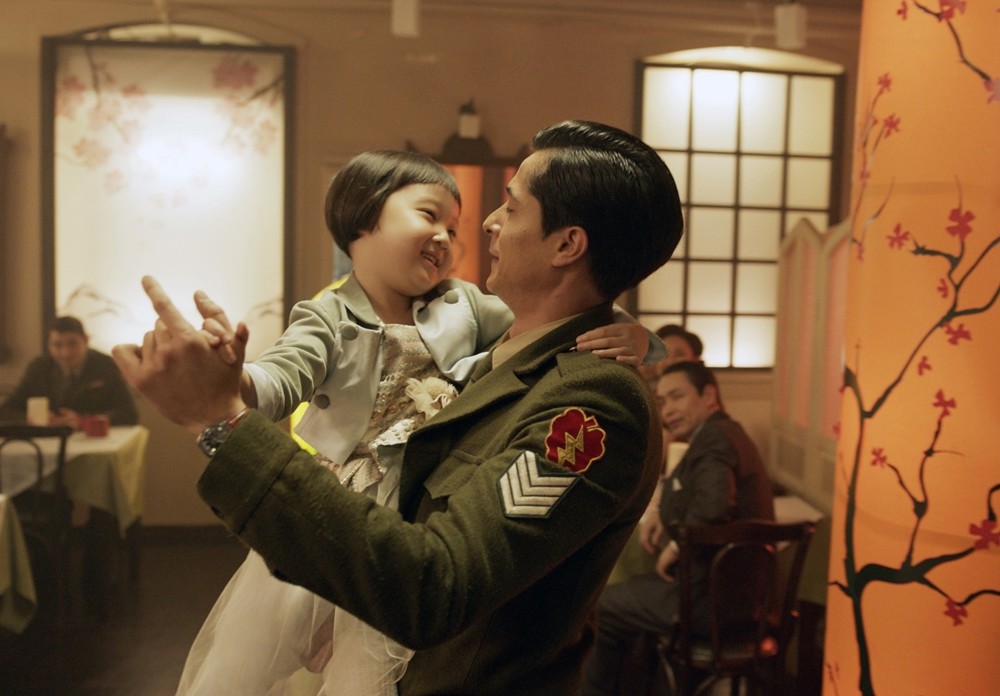 The film presents a heart-warming portrayal of humanity between a Turkish soldier and his adopted Korean daughter.
by Heechul Lee Nov 17, 2017 12:00 am

The film "Ayla" is a true story of a Turkish soldier and an orphaned 5-year-old Korean girl who reunite after 60 years. It was released on Oct. 27 in Turkey with great expectations. It was also introduced in Seoul during the Turkish film festival week to celebrate the 60th anniversary of diplomatic ties between Turkey and South Korea.

Can Ulkay directed the film, and many famous Turkish actors such as Çetin Tekindor and İsmail Hacıoğlu and Korean child actress Kim Seol are in the movie. In some respects, the film seems to show Turkish soldiers' humanity and dedication during the Korea War. I cannot overemphasize the greatness and bravery of Turkish soldiers during the Korean War.

I had the opportunity to watch it with a group in a movie theater in Ankara with my college students, who arranged the event. The nearly 250-seat-theater was at full capacity. Even though it is unusual for movie theaters to have a full audience these days, I was sure Turkish people had high expectations for the movie.

When the movie ended, many students had tears in their eyes. They said that they were touched by the heartfelt story. At first glance, the structure of the storytelling was simple, as there were only a few dramatic story elements in the war, unlike the blockbuster movie "Saving Private Ryan." Nonetheless, I believe the heart-warming portrayal of humanity between the Turkish soldier and his adopted Korean daughter in front of the backdrop of the Korean War could be an emotional element for moviegoers. In particular, the scene where Ayla is separated from her adoptive father and cries unbearably, while calling him "baba" (dad) was the key moment, and thus, one of the most touching climax scenes in the story. Furthermore, tears welled up in my eyes as I listened to "Arirang," a traditional Korean folk song, as background music, and "Ankara March" sung by Korean War orphans. I believe the two songs will play a role in strengthening the emotional ties between the people of the two countries.

One of the notable features of this film is that it was produced and screened in commemoration of the 60th year of official ties between Turkey and South Korea. In my opinion, the movie has two favorable meanings in that the two countries are celebrating a 60-year-old relationship. Above all, it was the Korean War for Turkey and South Korea that bound the two and brought forth predominantly friendly relations. The Korean War is a memory commonly shared by both countries and also a social memory that enables them to maintain blood-brother ties. The Korean War re-emerged in the memories of the Turkish soldier and war orphan as the story unfolded. Thus, I think it is worthwhile to assess the movie in terms that it can help provide the necessary momentum to share sympathy with young generations who do not know about the Korean War.

Second, Koreans believe that one's life goes through a 60-year-cycle, and completion of a cycle means a new start to life. The dramatic rendezvous of the two characters that occurred after 60 years is the ending of the film. It is up to the viewer to imagine how the characters feel in terms of happiness that may arise from the surprising encounter. But it is certain that they have finally found a long-awaited moment. Similar to the film's ending scene, the friendly and cordial relations between the two countries will be further developed quantitatively as well as qualitatively, now reaching another turning point in the 60-year-cycle.

The movie has already been released in both countries on a large scale. With Turkish Airlines as the official sponsor, it might gain much more interest from audiences. "Ayla" has been selected as Turkey's official candidate for best foreign language film for the Oscars, and I really hope all goes well and expect to hear good things in March 2018.