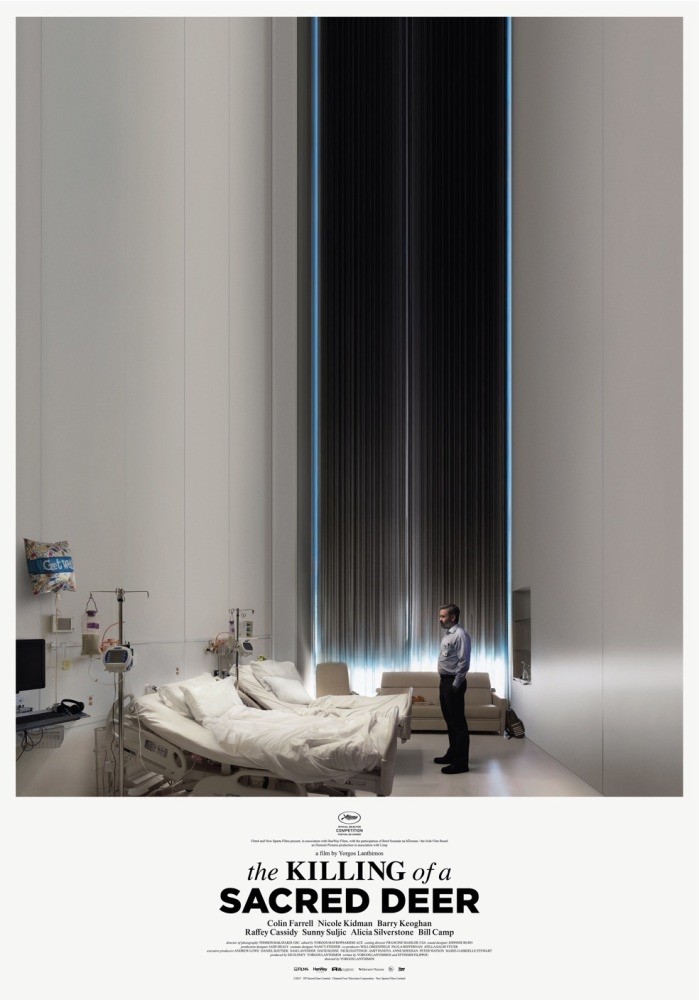 The Killing of a Sacred Deer

Directed by Yorgos Lanthimos, who is known for films such as "Dogtooth" and "The Lobster," "The Killing of a Sacred Deer" premieres this week. Featuring Nicole Kidman, Colin Farrell, Barry Keoghan, Alicia Silverstone and Raffey Cassidy, the film tells the story of Steven, a charismatic surgeon who is forced to make an unthinkable sacrifice after his life starts to fall apart, when the behavior of a teenage boy he has taken under his wing turns sinister. This thriller was written by Lanthimos and Efthymis Filippou.

Directed by Swedish director Tomas Alfredson, who is famous for the films "Let the Right One In" and "Thinker, Tailor, Soldier, Spy," "The Snow Man" tells the story of a detective who investigates the disappearance of a woman whose pink scarf is found wrapped around an ominous-looking snowman. Featuring Rebecca Ferguson, Michael Fassbender, Toby Jones, J.K. Simmons, Val Kilmer, Chloe Sevigny, Charlotte Gainsbourg and James D'Arcy, this thriller was written by Hossein Amini, Peter Straughan and Soren Sveistrup.

"Un beau soleil interieur," the opening film of the 2017 Cannes Film Festival, tells the story of a female painter who continues to look for love even though she is out of luck. The film features Juliette Binoche, Xavier Beauvois, Josiane Balasko, Sandrine Dumas, Philippe Katerine, Alex Descas, Valeria Bruni Tedeschi and Gerard Depardieu.

Directed by Karsten Kiilerich and Richard Claus, "The Little Vampire" tells the story of young vampire Rudolph, who wants to protect his family from vampire hunters, and Tony, who is interested in scary things.

Written and directed by Dersu Yavuz Altun, "Ayaz" tells the story of a man who takes care of an orphan after he gets out of prison. Incited by his relatives, Hasan killed his aunt by marriage, while she is holding her child named Ayaz. She had who eloped with another man. After being let out of prison, Hasan has a hard time finding a job and has to take care of his nephew Ayaz.