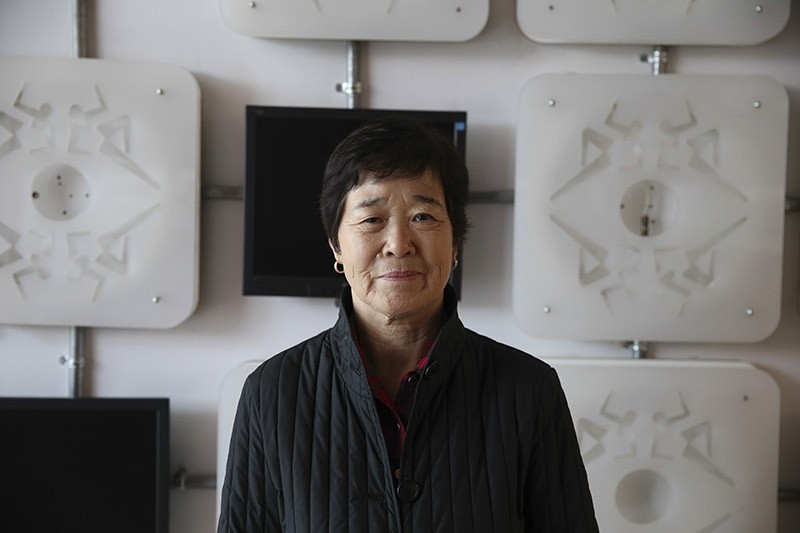 Kim Eunja, whose touching story is told in the latest Turkish movie "Ayla," said Wednesday that all Turks have become her family after Sergeant Süleyman Dilbirliği brought her up during the Korean War in the 1950s.

Kim, who was traveling with the Ayla cast to southeastern Gaziantep for an upcoming premiere, praised the movie for telling a story of love, peace and wartimes based on her own life.

Stating that she didn't know much about Turkish culture before, Kim said that she learned a lot while watching the tearjerker.

"Turkish soldiers who participated in the Korean War all looked out for the orphans and were very kind," Kim said, explaining her love for Turkish people.

The 71-year-old Korean also added that she could not express her feelings upon meeting her long-lost "father" 60 years after Dilbirliği saved the then-orphaned Kim.

"After the reunion we kept in touch and exchanged letters. I visited him a few times," Kim said, adding that she wished Dilbirliği a speedy recovery.

During Kim's hospital visit, Dilbirliği could only gesture with his hands due to his frail health condition, while the South Korean woman burst into tears upon seeing him.

Nominated for Best Foreign Language Film at the Oscars, "Ayla" tells the true story of Dilbirliği, who fought in the 1950s Korean War, and the 5-year-old Korean girl he gave the Turkish name "Ayla."

Kim's parents had been killed in the war when Dilbirliği found her alone in the woods. He decided to bring her to the Turkish garrison. For 14 months, the Turkish soldiers looked after her.

However, when the soldiers had to return to Turkey after the war, she was entrusted to other troops there. She was later transferred to an orphanage.

The two met again in 2010 in South Korea in an emotional reunion, after a search was launched by officials following an Istanbul event to mark the 60th anniversary of the Korean War.

Turkey joined the Korean War under U.N. command between 1950 and 1953 in efforts to support South Korea's struggle for freedom, democracy and independence. A total of 741 Turkish troops were killed during the conflict.

The Turkish sacrifice in the war coined the term "blood ally" for Turks in South Korea.