Festival on Wheels in three cities 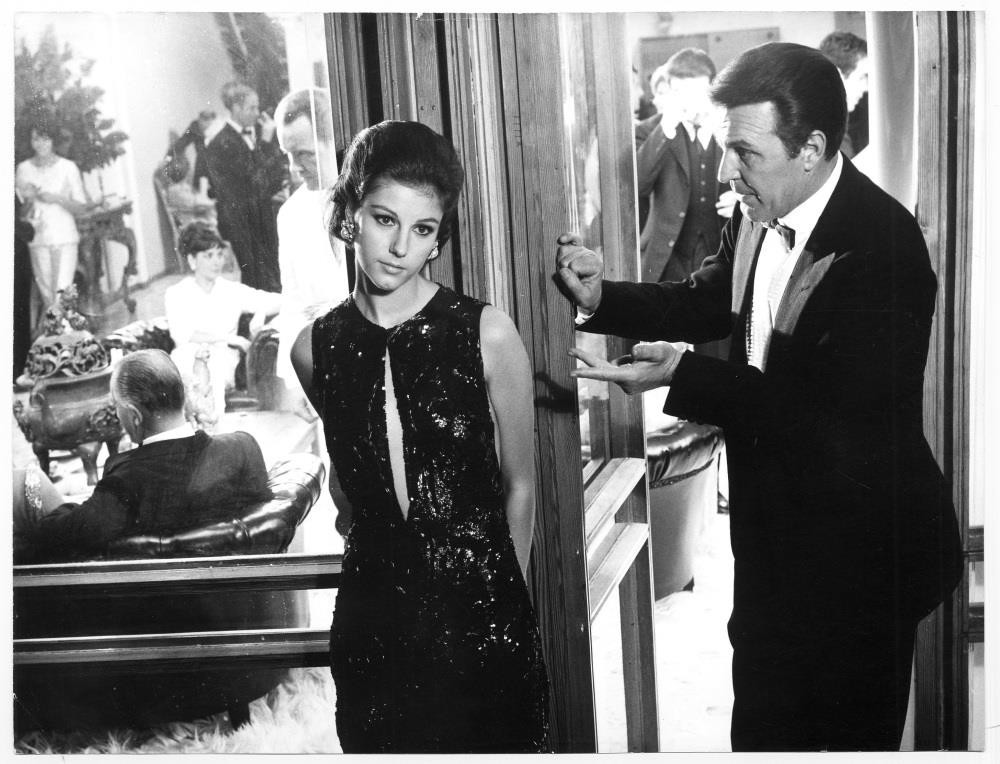 Traveling three cities in Turkey, the Festival on Wheels will bring the joy of cinema to Ankara, Kastamonu and Sinop province this year, featuring selected examples of Italian cinema, silent films and Denis Villeneuve films

Organized this year for the 23rd time by the Ankara Cinema Association with contributions from the Ministry of Culture and Tourism, "Festival on Wheels" will be touring three cities in Turkey between Dec. 1 and Dec. 14. The destinations of the festival will be Ankara from Dec. 1-7, at the Contemporary Arts Center of the Municipality of Çankaya and German Culture Center, Sinop province from Dec. 8-11 and Kastamonu province from Dec. 12-14.

"Festival on Wheels" is collaborating this year with Il Cinema Ritrovato Film Festival (Cinema Rediscovered) in its "Comedy Italian Style" section. Il Cinema Ritrovato is an event organized by Cineteca di Bologna (Cinemateque of Bologna), one of the most crucial movie archives and restoration institutions of Italy open since 1986.

The event, which welcomes restored movies, has turned into a large organization that includes six cinema halls and more than 500 movies. Defined as "heaven on earth" for cinephiles, Il Cinema Ritrovato Festival takes place in an outdoor cinema with a giant screen at the Maggiore Square of Bologna with a capacity of 4,000 people.

Guy Borlee will be attending the festival to offer a retrospective look at the history of Italian cinema and the section will welcome three movies evolving mostly around marriage, pregnancy and divorce, all very touchy subjects, shot between the end of the 1950s until the beginning of the 1970s. The selection will include screenings of Pietro Germie's "The Birds, the Bees and Italians" ("Signore & Signori") from 1966, Antonio Piatrengeli's "I Knew Her Well" ("Lo Conoscevo Bene") shot in 1965 and Dino Rissi's "Il Sorpasso" from 1962.

"Il Sorpasso," deemed as one of the most famous and important works of Rissi is being screened in this section and supported by the Italian Embassy. It is a travel story of a law student, a drifter and chatty bachelor to Toscana. This is not just a "comedy Italian style" but also one of the best examples of road trip movies from Italy.

"I Knew Her Well," on the other hand, is about the "love" relationships of Adriana, portrayed by Stefania Sandrelli, who came to Rome from the countryside to become a movie star. It places a woman at its center and turns the issue of equality of men and women into comedy and satirizes the "small" world of Italian cinema.

The last movie of this section, "The Birds, the Bees and Italians" has drawn the attention it deserves in recent years even though it won the Palme d'Or at Cannes Film Festival in 1966. The movie depicts three stories about marriage, divorce and betrayal in a small town in Italy. Why would a man pretend to be impotent? Why do men suddenly push away women they have been chasing? While the answers to these questions include" funny" stories, Germi's movie also includes a political critique of the suppressive character of the Italian society.

The section entitled "Silent Divas: Timeless and Rebellious" in the special screenings section of the festival introduces the past of cinema to today's fans. It enters the unique world of silent movies. With the contribution of the U.S. and Netherlands embassies, two silent movies selected by Elif Rongen-Kaynakçı, the Dutch EYE Film Museum's silent movie curator, will be screened. The music of the Turkish band Baba Zula will accompany the movies.

The first movie to be screened in this special section of the Festival on Wheels is "Filibus: Mysterious Pirate of the Skies" directed by Mario Roncoroni and shot in 1915. The movie is not just "timeless" because it includes sci-fi and action elements that have become one of the essentials of today's contemporary cinema, but because its leading character is an extraordinary woman. 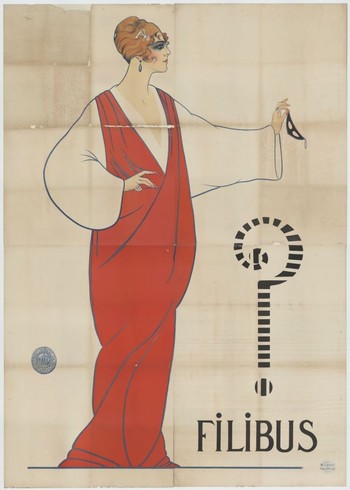 Filibus, portrayed by Christina Ruspoli, is a thief that terrorizes with her state-of-the art technology air devices at night and is also the Baroness Troixmonde, a reputable member of society, by day. With an experienced detective after her, the cat and mouse game kicks off and Filibus has to disguise herself and even turn into a man. The viewers will be watching one of the most extraordinary female characters of cinema.

The second movie in this section is directed by Herber Brenon and stars one of the leading actresses in the "femme fatale" genre, Pola Negri. The 1923 American production "The Spanish Dancer," features Nigiri as a gypsy dancer. The movie has been adapted to screen many more times afterwards and is a romance based on "Don Cesar de Bazan" of the 19th century French playwright Adolphe Phillippe Dennery. The dancer Maritana is in love with Don Cesar de Bazan, an aristocrat who became impoverished. When de Bazan is arrested by the king, Maritana finds herself in the midst of male plots. While the original copy did not survive to the present day, the movie was restored by using a few copies that did survive by the EYE Film Museum in 2012.

With the contribution of the Canadian Embassy, the 23rd Festival on Wheels is featuring two movies of the Canadian master director Denis Villeneuve under the "If You Knew Your Fate, Would You Live it Anyway?" section created by Kitty Aal. The director made recent headlines with "Blade Runner 2049" (2017), the remake of the cult movie, and is one of the best known movie directors of our times with both his commercial success and critically acclaimed movies.

While Villeneuve's career in Hollywood peaked with "Sicario" in 2015 and "Arrival" in 2016, the director has been producing movies since the 1990s. His movies mostly focus on characters that are haunted by their past choices and can be described as "existential detective stories." The Festival on Wheels is introducing two of his movies in this genre to Turkish audiences this year.

"Polytechnique," shot in 2009, tells the story of a massacre in Montreal from the perspective of two students and is a drama; the director uses all possibilities of black and white cinematography to reflect realities sharply to the screen. In 1989, a young man, who is considered an enemy of feminism and is not quite mentally right, massacred female engineering students. Villeneueve's movie follows how things unraveled, how the survivors and the witnesses were psychologically affected with a philosophical take without losing nonchalance. The movie swept the national and international festivals with 16 awards.

The second movie by the director will be "Incendies," adapted to the big screen from the play of Wajdi Mouawad. Jeanne and Simon are siblings from Quebec looking for the mysterious past of their families in the Middle East. 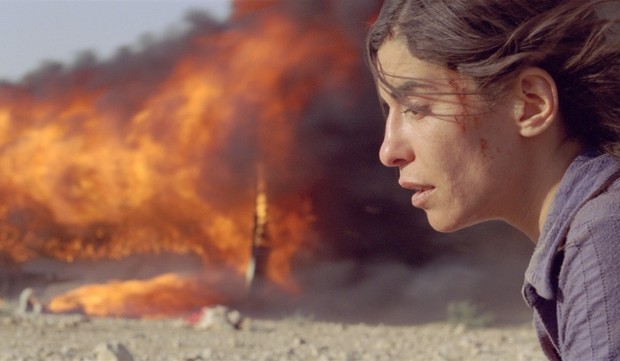 The siblings, who are assigned to find a relative they have never met before through a letter they find after the death of their mother Nawal, have to face the unexpected facts, the absurdity of violence and have to confront their past. The 2010-production "Incendies" surpasses "Polytechnique" in terms of critical success with 39 awards in total from national and international festivals.