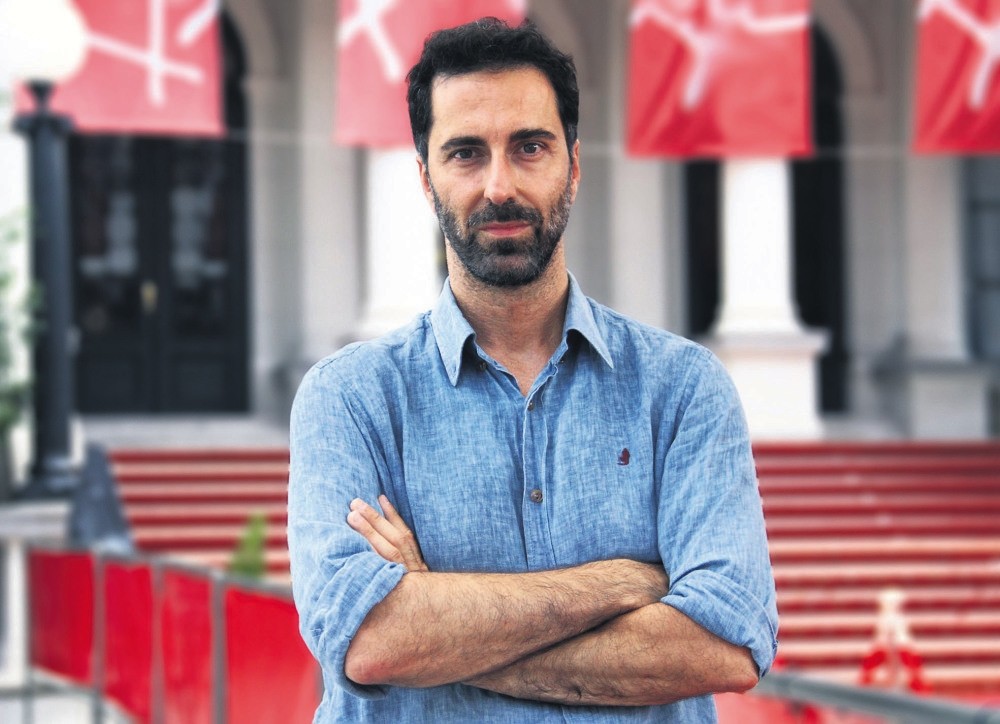 Actor Ermin Bravo, who shared the leading role with Jean-Marc Barr in "Grain," the last film of director Semih Kaplanoğlu, has played the role of Cemil Akman, who abandons his career and sets out on a journey in the film.

Having taken part in many films such as "In the Land of Blood and Honey," "Men Do not Cry" and "Cirkus Colombia," Bravo has been teaching at Sarajevo Academy of Performing Arts for 15 years.

Speaking to Anadolu Agency (AA), Bravo said that he does not take on financial worries and does not take part in any film that he does not want to, since he has been teaching at the academy. Having returned with awards from many international festivals, he implied he is really selective on projects.

The actor added that the shooting process of "Grain" was different for him and Kaplanoğlu was a very concerned director.

"The character Cemil was very special and mysterious. Nobody knew who would play this role at the beginning. I wanted to take it and made great efforts for it. Because I like Kaplanoğlu's trilogy 'Honey,' 'Milk' and 'Egg.' I did not want to be pretending. I performed as if it was a part of my life and my own feelings. When I took the role, they understood that I could manage it," said Bravo.

Speaking about when the character Professor Erol Engin, who is performed by Barr, and Cemil meet in the middle of the film for the first time, Bravo continued, "Semih Kaplanoğlu did not introduce me to Barr. We were not allowed to speak. It was requested by the director so that Barr could play his role better. We met on the day when we had a scene together for the first time. The director thought that it would be much easier for us to play the roles of the two characters if we did not know each other."

Noting "Grain" was a big and difficult project, Bravo said: "Generally, it was hard for us physically. We could not resist. My character was very specific, tough and it required great efforts. We never understood where we were. When we saw the results of our efforts, it was perfect. We see that the artist who made the film understands film language of the soul when we watch the film."

Noting he follows the Turkish cinema closely, Bravo continued: "Turkish cinema blossomed in the last 10 or 15 years. I really like it. Directors like Semih Kaplanoğlu and Nuri Bilge Ceylan make strong impressions. I would be pleased to work again with them. They are figures known around the world. I would like to work in a Turkish academy, as well. I have been in Turkey for many times. I like the attitude of mind there since Turkish people's energy and perspective are really close to ours."

Grigory Dobrygin and Cristina Flutur starred in the leading roles of "Grain," which is a co-production of Turkey, Germany, France, Sweden and Qatar, along with Barr and Bravo.

Enriched by many symbols and metaphors, the film was shot in black and white in various cities in Turkey, the U.S. and Germany.

Winning awards at national and international festivals, "Grain," whose world premiere was held at the 23rd Sarajevo Film Festival, focuses on wars in an unclear future time, climatic disasters, deadly borders constructed against refugees and coping strategies of humanity toward these problems.