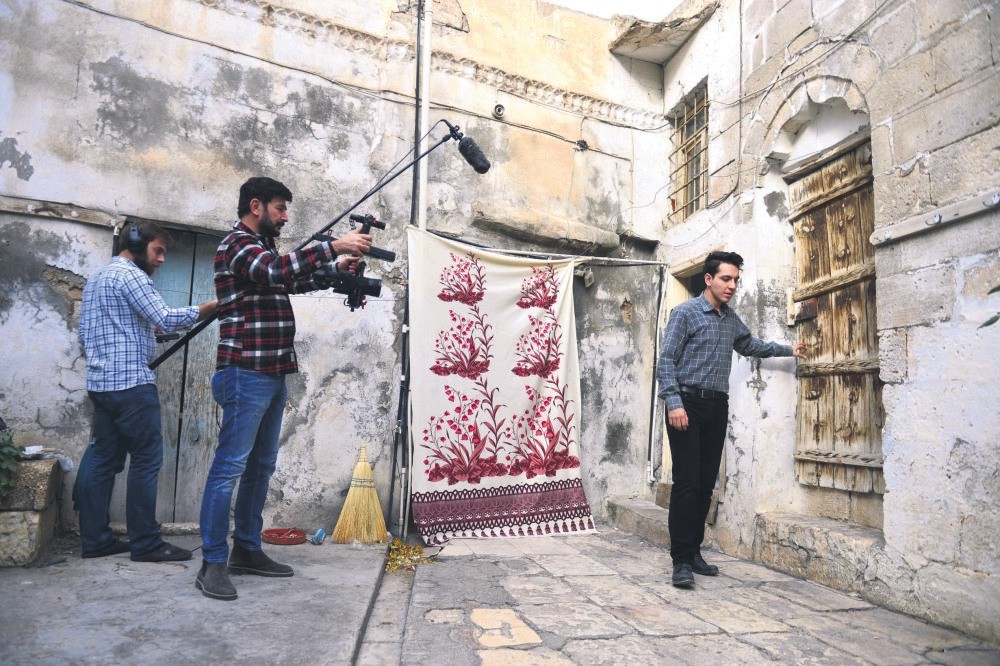 As u015eanlu0131urfa has a quite similar geographic and architectural look, directors tend to shoot films about Aleppo or Syria in u015eanlu0131urfa.
by Anadolu Agency Dec 07, 2017 12:00 am

Quite similar to Aleppo in Syria both geographically and culturally, Turkey's southeastern city of Şanlıurfa has been a frequent destination for filmmakers who focus on stories about Aleppo

Şanlıurfa province has started to rank among cities that are often preferred by Turkish and foreign filmmakers for film shoots recently. The city, which has come into prominence for its historical and cultural features and has hosted several cinema and film shoots before, is especially favored for films set in the Aleppo province of Syria, due to the architectural similarity.

Şanlıurfa is where Bosnian director Aida Begic's drama "Orphan" and the film titled "Kevok" ("Pigeon"), which tells the dramatic story of a child from Aleppo, were shot. It most recently hosted the filming of the documentary called "The life of Moustapha Akkad". The film is based on the life of the world-famous director, who is known for the renowned films "The Message" and "Lion of Desert." 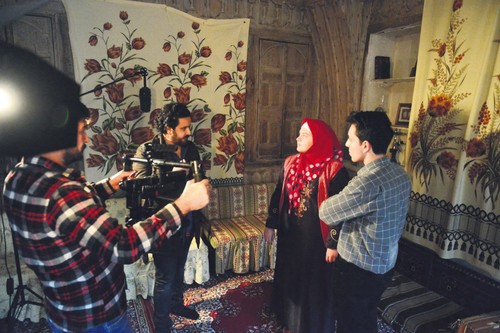 Speaking to Anadolu Agency (AA), the director of the documentary Muhammed Benek said Şanlıurfa is a natural film set because of its historical and cultural structure.

Implying the atmosphere of the city facilitates the film shoots, Benek added that the safe environment in the city is one of the reasons for the preference for producers and actors.

"It will be a film telling the story of

Moustapha Akkad's youth in Aleppo. We preferred Şanlıurfa, like many other directors, since there is no possibility to shoot in Syria. Besides, Şanlıurfa has a quite similar geographic and architectural structure. Now we have completed our filming," said the director.

Two cities whose fates are sealed together

Head of the Department of History in Harran University Professor Abdullah Ekinci said producers and directors place great importance on settings for films.

Explaining that there are many similar features between Turkey and neighbor

ing country Syria, Ekinci added that various factors from the lifestyle of the city to its architecture coincide with the ones in Aleppo.

"Şanlıurfa was a district of Aleppo state once upon a time. Aleppo and Şanlıurfa are the cultural and historical common grounds of the same geography. It's not possible to describe Şanlıurfa without Aleppo and Aleppo without Şanlıurfa. While during the demarcation of the borders in the past some of the Turkish families wanted to stay in Syria, some of the Syrian families wanted to stay in Turkey. This alone shows how we are intertwined. Aleppo and Şanlıurfa are two important Islamic cities whose fates are sealed together. Thus, we have a common cultural and civilization basin that will never be separated," said the professor.