Scriptwriter of 'Ayla: The Daughter of War' to tell story of dog named Kuyu 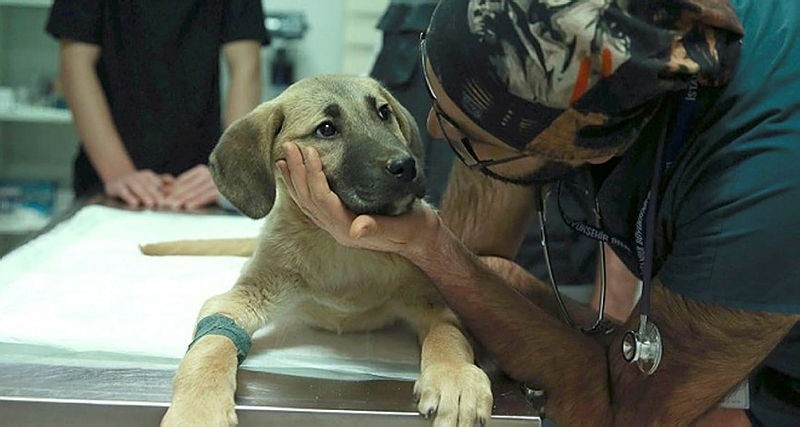 Yiğit Güralp, the scriptwriter of films such as "Sınav" (Exam), "Uzun Hikaye" (Long Story) and "Ayla: The Daughter of War," will tell the story of a dog named Kuyu in his new film project titled "Sarıl" (The Hug). Having left his mark on box offices last year with "Ayla: The Daughter of War," Güralp started works for "Sarıl," which will be his fourth project. The film will tell the story of a dog that falls into a well and is rescued after an 11-day struggle to save him.

"We are quick to forget favors and nice things. This is why I wanted to immortalize the struggle that was made for Kuyu in Beykoz district. We witness disgraceful images of violence against animals. Good and honorable people are on the verge of losing their hope. On the other hand, there are some wonderful incidents like Kuyu's story. I want to show it to the whole world, highlight it the magic of cinema and power of fiction. We need some stories that will feed our hope and warm our hearts. We are working on a project that everyone can watch and which will motivate us to make the world a better place," Güralp said.

Kuyu, who was rescued from the 65-meter well in Beykoz, into which he fell, after 11 days of efforts to save him, was adopted by the Association for Protection of Animals from Desperation and Indifference (HAÇİKO).

Directed by Yiğit Güralp, "Sarıl" is planned to debut in the last quarter of 2018.