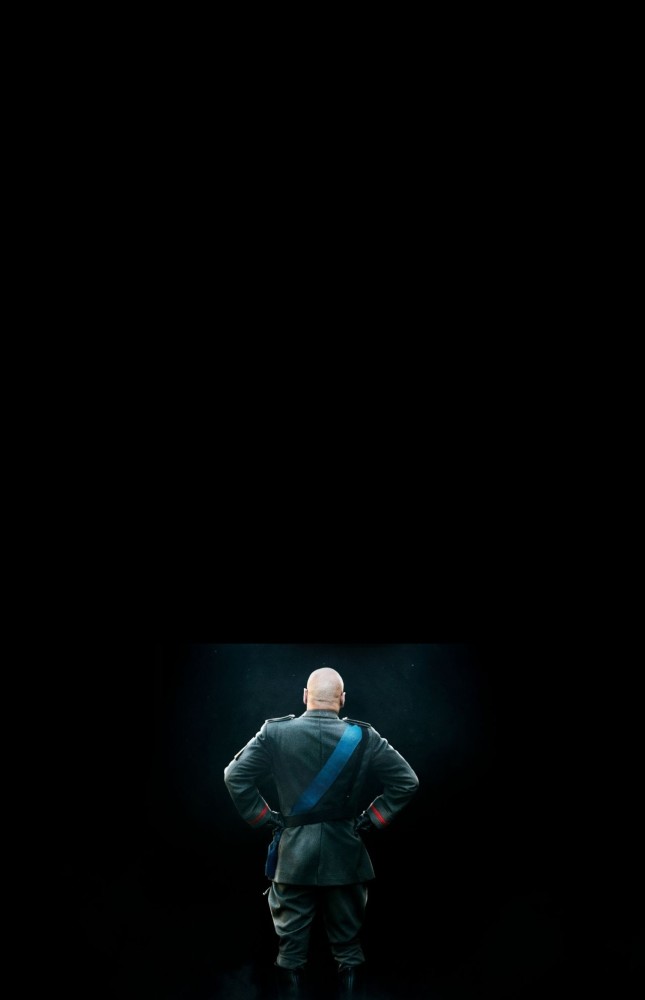 Many Italians do not see their totalitarian past as a political taboo, and some even feel ‘deep nostalgia' for the old regime, a sentiment that has been open to debate with the release of a new film titled ‘Sono Tornato,' a fictitional come-back story of Benito Mussolini

A bald, big-jawed, boots-and-uniform man literally falls from the sky into modern-day Rome: Fascist dictator Benito Mussolini has returned, as imagined by a new Italian film out this week.

"Sono Tornato" (I'm back) is released in the middle of the campaign for March 4 general elections, and amid a national debate about Italy's seemingly unfinished reckoning with its totalitarian past.

"Unlike the Germans, Italians have never come to terms with their dictator. It is as if they write off how dangerous he was, as if they forgot history's lessons," director Luca Miniero said at a press launch on Monday.

His movie is a remake of "Er ist wieder da," (Look Who's Back), a 2015 German movie, based on a best-selling novel, which imagined Nazi leader Adolf Hitler's resurgence - and surprising popularity - in 21st century Berlin.

While the German original adopted the subtler tone of a mockumentary, Sono Tornato is a more conventional comedy, sometimes in slapstick style.

Peppered with several candid-camera style moments in which members of the public hail their former leader with fascist hand salutes, it ends with Mussolini becoming a chat TV star.

"In the German movie, when Hitler appears Germans are almost horrified; in Italy, people asked for selfies [with Mussolini]," the actor who plays the Duce, Massimo Popolizio, told reporters.

"While we were doing interviews [for the movie] I noticed a deep nostalgia for a period of time that people have not experienced," supporting actor Frank Matano added.

"My grandfather had Mussolini statues at home, he loved Mussolini [...] a lot of people forgot what Mussolini did, including my grandfather," Matano, a 28-year-old former YouTube star, noted.

Mussolini ruled from 1922 to 1943. He jailed political opponents, introduced anti-Jewish laws in 1938, and led the country into a disastrous World War II campaign alongside Hitler's Nazi Germany.

In 1943-1945 he led a Nazi puppet state in northern Italy and was killed at the end of the war by partisans while trying to escape to Switzerland with his mistress. His body was strung up in a square in Milan.

But today, the legacy of his regime is still noticeable in Italy.

Mussolini-era buildings, often decorated with Fascist slogans, are intact in most cities; memorabilia is sold in shops and markets, and fringe far-right groups freely proclaim their fascist credo.

Last year, a lawmaker from the ruling center-left Democratic Party, Emanuele Fiano, sponsored a bill that criminalized the public display of Nazi or Fascist symbols.

It passed in the lower house of parliament, but not in the Senate, so it went nowhere. It was also denounced by many commentators - many, but not all from the right - as an attack on freedom of expression.

According to Marco Tarchi, a professor at the University of Florence who is an expert on the far-right, a relaxed approach towards the nation's past makes sense.

"Many Italians see Fascism as a historical issue, not a political one, which justifies collecting relics from that time. Criminalizing this would be liberticidal, daft and counterproductive," he told dpa.

Historians have shown that Mussolini's rule was "multifaceted" and enjoyed real popularity, and it would be better to reflect on this rather than issuing a blanket condemnation of all he did, Tarchi said.

The professor was taking a shot at Italian President Sergio Mattarella, who said last week it is "seriously wrong and unacceptable" to claim that "Fascism had some merits."

While Neo-Fascist parties in Italy have so far been a fringe phenomenon, polling at around 1 percent, far-right, anti-immigrant parties like the League are more than 10 times more popular.

On Jan. 26, League leader Matteo Salvini condemned the persecution of the Jews, but added that "many [good] things" happened under Fascism, such as pension reforms and public works programs.

The makers of Sono Tornato said they had no ambitions for an ideological film: they said they used the ghost of Mussolini to expose endemic traits in Italian society.

"His vices, his cynicism, his evilness, are [a reflection of] our vices, our cynicism, our evilness," screenwriter Nicola Guaglianone said.

Due for release on Thursday in 400 Italian cinemas, the movie is gunning for a large audience and has already gained one high-profile fan.

"It's a film that does not put in my grandfather's mouth things he never said [...], it simply records people's reactions in seeing him alive," she added.