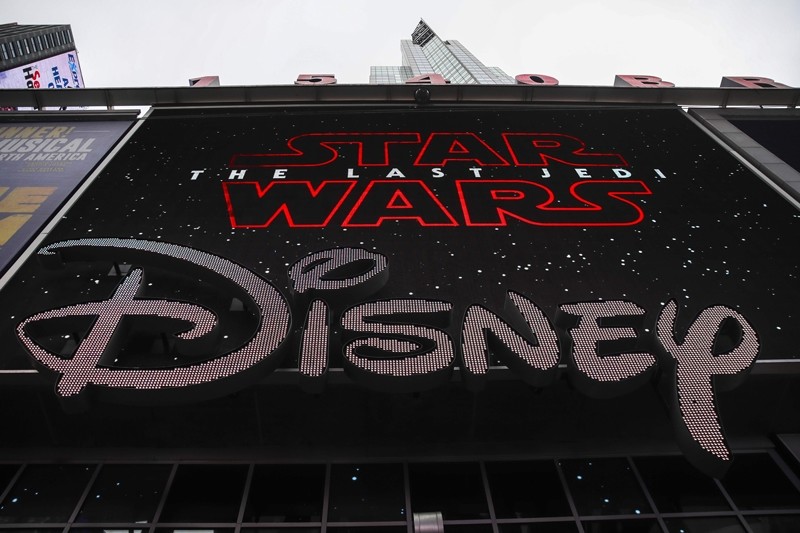 Disney on Tuesday announced another new series of "Star Wars" movies, this time from the creators of the hit HBO television series "Game of Thrones."

The Walt Disney Co said in a statement that David Benioff and D.B. Weiss would write and produce the new series, which will be separate from both the episodic Skywalker saga and the recently announced trilogy being developed by director Rian Johnson.

The announcement sent Disney shares up 1 pct. No release dates or plot details were given.

Kathleen Kennedy, president of Lucasfilm, said in a statement that Benioff and Weiss's "command of complex characters, depth of story and richness of mythology will break new ground and boldly push 'Star Wars' in ways I find incredibly exciting."

Disney announced in November that Johnson, director of "Star Wars: The Last Jedi," would write and direct the first of a new trilogy of films in the sci-fi franchise that would bring new characters and worlds not yet explored on screen.

"The Last Jedi," released in December 2017, has earned more than $1.3 billion at the global box office.

Disney had previously committed to making three standalone "Star Wars" films outside of the Skywalker saga. They include 2016's "Rogue One," and the May 2018 release of "Solo: A Star Wars Story," which will follow the origins of the roguish smuggler Han Solo, made famous by Harrison Ford in the original 1977 movie.

Medieval fantasy "Game of Thrones" has been a huge hit internationally for HBO as well as winning multiple awards. The seventh season last year was watched by some 30 million viewers in the United States alone.

The final season is due to be broadcast in 2019, bringing to a close the saga of the warring families in the fictional Seven Kingdoms of Westeros and their multi-generational struggle for control of the Iron Throne.

Benioff and Weiss said on Tuesday they had long been "Star Wars" fans.

"In the summer of 1977 we traveled to a galaxy far, far away, and we've been dreaming of it ever since," they said in a joint statement. "We are honored by the opportunity, a little terrified by the responsibility, and so excited to get started as soon as the final season of Game of Thrones is complete."