Directed by Sergio Manfio, animated film "Leo Da Vinci: Mission Mona Lisa" tells the story of young Leonardo Da Vinci trying to put his inventions into practice and the adventures he and his friends get up to.

Directed by Togan Gökbakar, "Kayhan" comes to theaters this week. Written by brothers Şahan and Togan Gökbakar, the film stars Şahan Gökbahar in the leading role. Kayhan tries to take revenge after learning from a yearbook that his friends hated him back in college. The film also features İrfan Kangı and Gökçe Eyüboğlu. 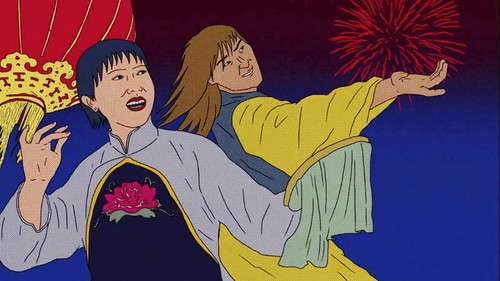 Have a Nice Day

Animated film "Have a Nice Day," which premiered at the 2017 Berlin Film Festival, is directed by Jian Liu. The film follows a city in southern China and a bag containing a million yuan which draws several people from diverse backgrounds with different personal motives into a bloody conflict.

Directed by Arni Asgeirsson, "Ploey: You Never Fly Alone" is another animated film debuting in theaters this week. In the film, a plover chick has not learned to fly when his family migrates in the fall. He must survive the artic winter, vicious enemies and himself in order to be reuinted with his beloved one next spring.