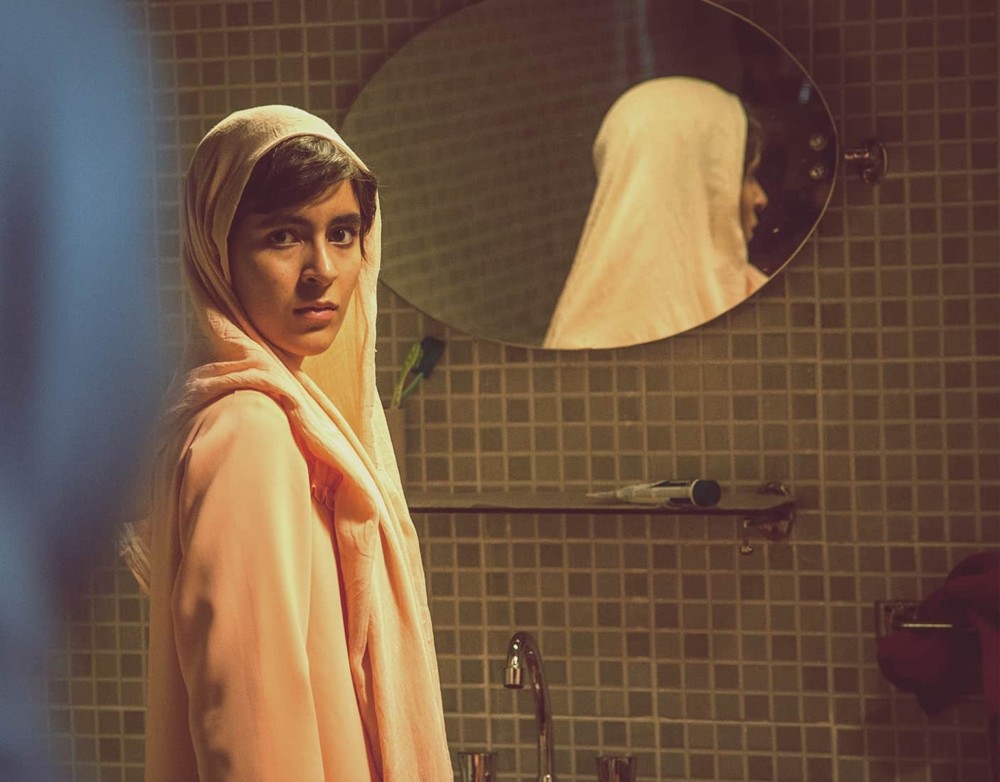 The first feature-length movie by Iranian Sadaf Foroughi, u201cAva,u201d won FIPRESCI and the Honorable Mention Award in Toronto.
by Daily Sabah Feb 13, 2018 12:00 am

Bringing together cinema lovers and exceptional productions every year, the 17th !f Istanbul Independent Film Festival will be held between Feb. 15 and Feb. 25 in Istanbul, and will travel to Ankara and İzmir from March 1 to March 4

The 17th !f Istanbul Independent Film Festival will take place between Feb. 15 and Feb. 25 in Istanbul and will travel to Ankara and İzmir from Mar. 1 to Mar. 4. The best examples of independent cinema as well as the most talked about and award-winning movies of the year will be featured for cinema lovers. The directors to compete in the !nspired International Contest of the 17th !f Istanbul Independent Film Festival, which includes a cash prize of $5,000, have been selected. Nine movies from 12 countries will be competing, and the jury will nominate the most inspired director of the year.

The International !nspired Competition stands out with young and successful directors this year. This selection that introduces the future's most creative and talented female directors includes, honorable mention award winner from Locarno Today's Filmmakers section, the hypnotizing and poetic Turkish-American co-production of Shevaun Mizrahi "Distant Constellation;" the first feature-length movie of Iranian Sadaf Foroughi, winner of the FIPRESCI and honorable mention from Toronto, "Ava;" the first feature-length movie, which competed at Venice Film Festival, of Helena Wittman, the German artist and director who won many awards with her short movies, "Drift;" South African Jenn Cato Bass' second feature-length about a mad journey "High Fantasy;" Georgian Ana Urushadze's "Scary Mother" selected as the Best Movie in Sarajevo and winner of Cineuropa, and also winning Best Debut Feature-Length Movie and Young Jury Award from Locarno; "Beyond Dreams," directed by Swedish Rojda Şekersöz, which won both Best Movie and Best Female Performance in a Leading Role in Duhok, in addition to Angelo and Viewers' Award in Gothenburg and the FIPRESCI Award in Norway.

Directors, from Brazil to Portugal

Other highly anticipated movies being featured at the International !nspired Competition are Brazilian duo Joao Dumns and Affonso Uchoa's first documentary "Araby," which competed at the Rotterdam and San Sebastian festivals, one of the most talked about movies of the festival from Bertrand Mandico, "Wild Boys," and the second feature-length movie of Portuguese Pedro Pinho, "The Nothing Factory," winner of the FIPRESCI Award at Cannes Film Festival.

!f expands its horizons this year

!f, an alternative movie distribution and sharing project initiated for the first time nine years ago by !f Istanbul International Independent Film Festival, is expanding its reach this year and turning into a cinema club that will take place throughout the year. With the cooperation of !f Istanbul and Yeni Film Fonu (New Film Fund), the event will take place under the name New !f and on every last Saturday of the month, one movie selected from Turkey and the Middle East will be presented to audiences in 40 locations. From Afyon to Batman, the section will be held in 33 different cities. The first theme of New !f this year will be "There are Women, There is Life!"

Supported by Movies that Matter and the Netherlands Istanbul Consulate, this section of the festival aims to introduce the most current and exciting documentaries and to create a common ground to rethink the most striking social problems of our world through cinema and offer live conversations with the filmmakers. It will carry the spirit of !f far and wide, and will evolve into a mini-festival that will create cinema clubs. The newest, feature-length and short movies of this geography, which are not popular yet, will be watched and followed by much larger audiences.

The 17th Istanbul Independent Film Festival is offering a new category and award this year. The new section is all about Turkish cinema or creative, innovative movies that have something to say about Turkey. It selects seven movies, five of which were produced in Turkey, for the first !f Fresh Audience Award. The winning film will be shown in CGV Arthouse cinema halls.

This new category aims to showcase movies created in or revolving around Turkey, stories that demonstrate young, talented and promising directors' abilities to create something new and innovative.

Five movies to premiere at !f 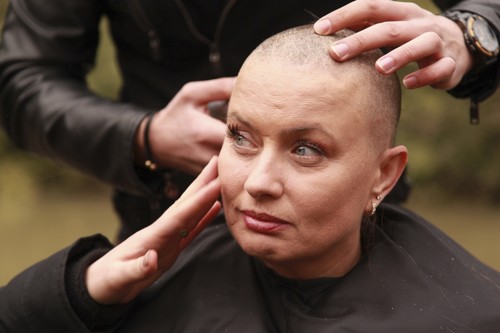 Nejla Demirci's film "Confrontation," following the treatment, survival and re-birth of women with breast cancer is based on the story of a woman named Ebru and won the 2017 TRT Documentary Award.

Five out of the categories' seven will have their Turkish premiere in !f Fresh. Directed by Salih Demir, "Cano;" "Snow," written and directed by Emre Erdoğdu, starring Hazal Ergüçlü, Ozan Uygun and Halil Babür; co-directed by Can Eskinazi and Deniz Tortum, about the tour of an amateur rock band in 2014, "Anatolian Trip;" Italian director Guilia Frati's musical documentary "Istanbul Echoes," about the urban transformation in Istanbul starting from Sulukule in 2010; Nejla Demirci's movie following the treatment, survival and rebirth of women with breast cancer based on the story of a woman named Ebru, "Confrontation," which also won 2017 TRT Documentary Award; "Displaced" of Volkan Üce following how four youngsters who grew up in the Netherlands and Belgium return to Istanbul to follow their roots and the first punk movie of Turkey, and "Arada," telling the story of two young people stuck in the city and in between their realities and dreams, starring Burak Deniz and Büşra Develi will be shown in this section.

One of these movies will win the !f Audience Award, a first for the festival and will be screened at CGV Arthouse's cinema halls in Istanbul, Ankara, İzmir, Antalya and Eskişehir. 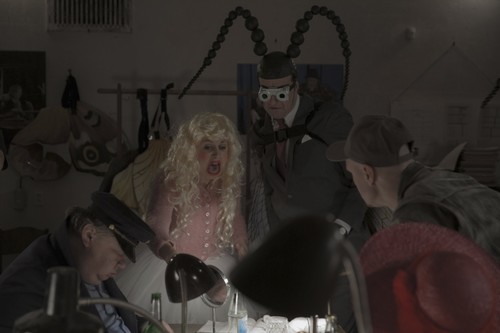 "The End of the Hero," shot in 1975, had little chance to be screened, yet remains one of the best creations of famous photographer Ara Güler.

One of the most important figures in photography, Ara Güler's one and the only movie, "The End of the Hero," will be presented by Yeşim Ustoğlu, and the second surprise from the 17th !f Istanbul Independent Film Festival is legendary surrealist director Jan Svankmajer's "Insect," his first film in seven years.

"The End of the Hero" shot in 1975 was not widely embraced, yet remains as one of the best creations of famous photographer Ara Güler. It tells the story of Yavuz Battleship, sentenced to death in World War I and shot with 16 mm film, and the avant-garde set up created by an eclectic soundtrack, including important names from İlhan Mimaroğlu to Ruhi Su, and its realistic presentation incorporating archive photographs turned it into a truly unique production. The film will be shown at the festival with an introduction by Yeşim Ustoğlu and Ara Güler, whose friendships go way back to films starring Ara Güler.

Second screening in the world at !f

One of the last minute surprises is Jan Svankmajer's "Insect," another surrealistic story from the legendary director who has produced numerous short movies along with his feature films "Alice," "Greedy Guts," "Lesson Faust," "Lunacy" and "Surviving Life (Theory and Practice)." Right after the world premiere in Rotterdam, the movie will premiere at the festival. Written and directed by Jan Svankmajer, who said: "I've always liked that - bugs behave like human beings, and people behave like insects. My screenplay extends this misanthropy further while reflecting Franz Kafka and his famous Metamorphosis." The movie is about the story of six amateur actors who get together to rehearse Capek Brothers' "The Insect Play." Inspiring Terry Gilliam, the Quay Brothers and many others, this movie shot over seven years by the 83-year-old master is one of the most awaited and highly anticipated movies of the festival. 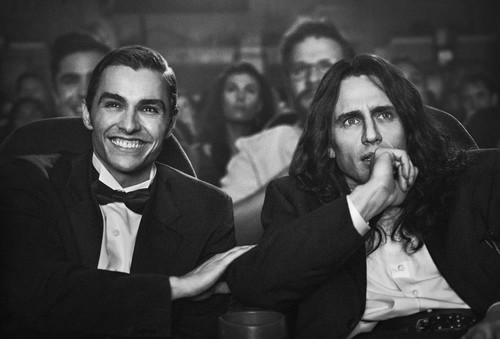 "The Disaster Artist," telling the tragicomic story of the production of "The Room," one of the worst movies of all time, will be screened for the first time in !f Istanbul. Deemed the most important project of James Franco's career, the movie won Best Actor at the Golden Globes, guaranteeing its place at the Oscars. Adapted to screen from Greg Sestero and Tom Bissell's "The Disaster Artist: My Life Inside the Room, the Greatest Bad Movie Ever Made" by James Franco, Scott Neustadter and Michael H. Weber, the creators of "The Spectacular Now," the movie focuses on the production of the "The Room" and the tragicomic story of Tommy Wiseau, who challenged the producer in Hollywood and tried to create his own movie.

Franco brothers on the silver screen