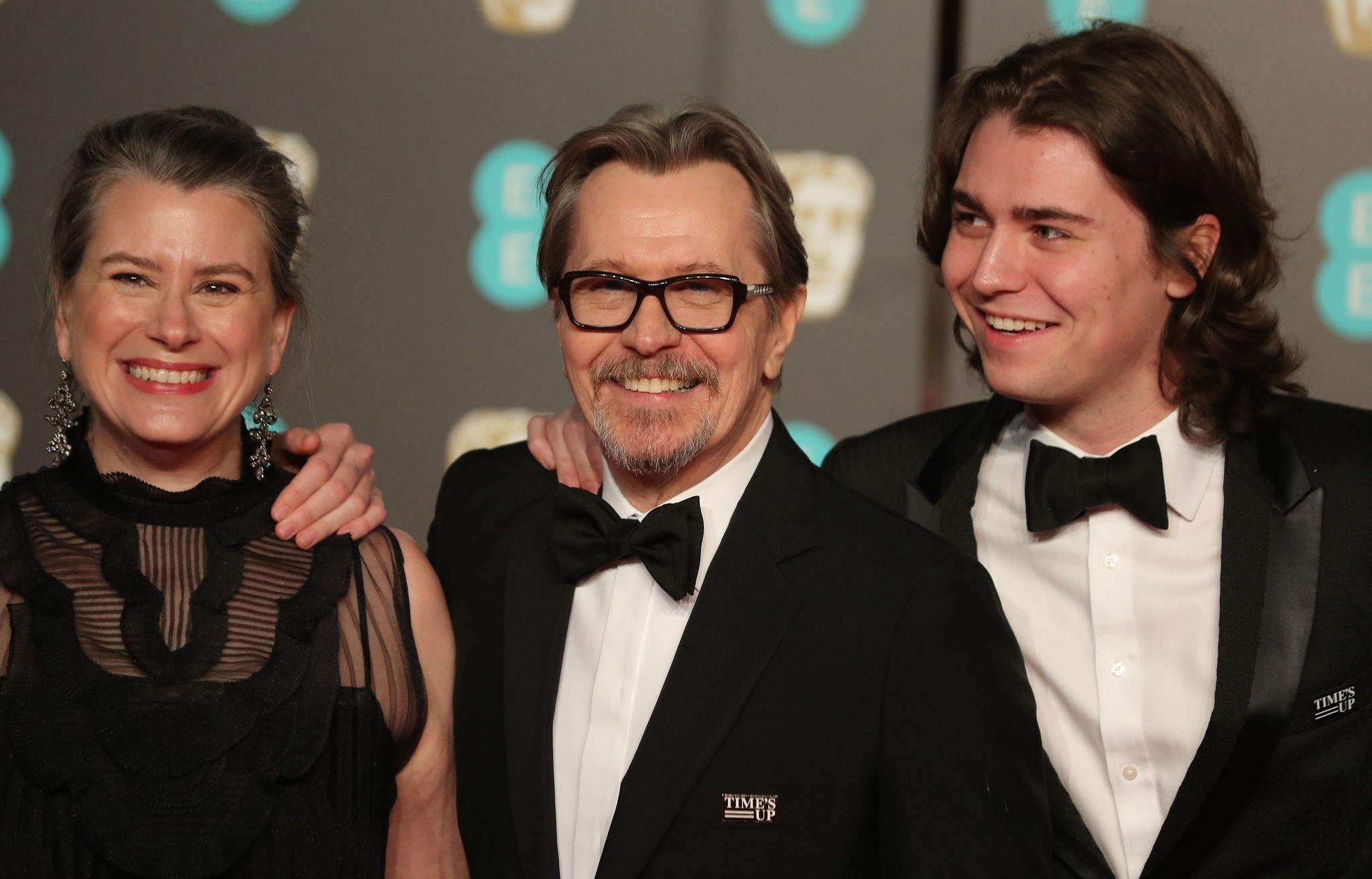 British actor Gary Oldman (C) and family pose on the red carpet upon arrival at the BAFTA British Academy Film Awards at the Royal Albert Hall in London on February 18, 2018. (AFP PHOTO)
by Associated Press Feb 19, 2018 12:00 am

Gary Oldman has won the best actor prize at the British Academy Film Awards for his portrayal of Winston Churchill in "Darkest Hour."

Oldman said the prize is "all the more special because I can share it with my family," including his three sons in the London audience.

He also thanked the makeup team that rendered him unrecognizable in the biopic.

And he hailed the late prime minister himself, saying Churchill helped maintain Britain's honor and freedom "in those dark uncertain days" at the start of World War II.

The win cements Oldman's place as the favorite to win the best-actor Academy Award at the Hollywood ceremony on March 4.