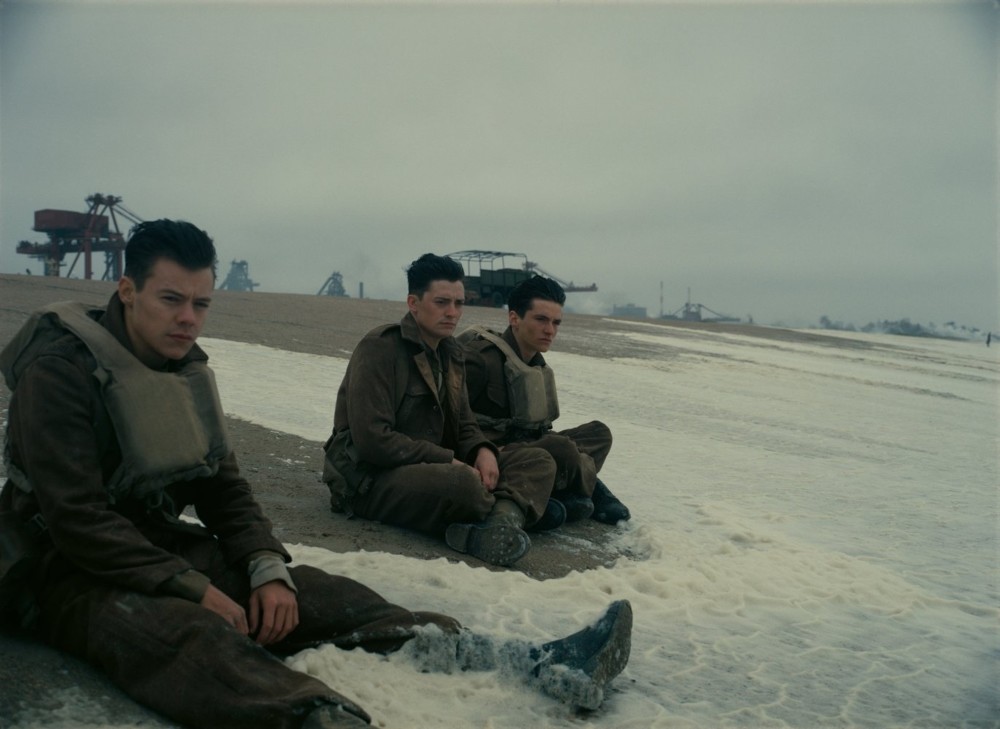 With the best of the British army cornered by a lightning German advance into northern France, Winston Churchill is told they will be lucky to get 30,000 men out alive.

Yet over nine days in May 1940, more than 10 times that number of British, French and Canadian troops are rescued, many plucked from the beaches by a flotilla of "little ships" crewed by civilian volunteers who set out from England.

The audacious rescue, code-named Operation Dynamo but immortalized as the "Miracle of Dunkirk," is the subject of two movies vying for best picture at the Oscars on Sunday.

Christopher Nolan's "Dunkirk" sees events through the Allies' eyes as they face what looks like certain death in France, while Joe Wright's "Darkest Hour" follows the travails of Britain's newly anointed prime minister back in London.

Despite its relentless high-octane score and action scenes, "Dunkirk" isn't really a war film, according to Nolan, who told AFP he wanted to make a "survival story" unlike anything "seen or experienced before in a cinema."

For Wright, "Darkest Hour" is a nuanced portrait of a man berated as the irresponsible and reckless architect of the disastrous Gallipoli campaign from the previous world war, who nevertheless stepped up to become a national hero.

"He kicked and he screamed and got a lot of things wrong in his career and in his personal life, but one thing he got right was he resisted the tide of fascism, bigotry and hate," the director told Britain's Guardian newspaper.

The movies have amassed 14 Oscar nominations -- eight for "Dunkirk," including best film and directing, and six for "Darkest Hour," of which best actor is looking like a shoo-in for Gary Oldman, who is unrecognizable as Churchill.

Historians, including the British novelist and journalist Michael Korda, have argued that Operation Dynamo should be seen as a military defeat with a happy ending, rather than something to be jingoistic about.

Churchill himself echoed the sentiment in a lesser-known section of his famous "we shall fight them on the beaches" speech on the last day of the operation on June 4, 1940.

"We must be very careful not to assign to this deliverance the attributes of a victory. Wars are not won by evacuations," he said.

No war movie gets a free pass from history scholars, of course, and experts have found faults with the accuracy of both movies.

"The German army scarcely interfered with the evacuation. There was no ground fighting in the town or port, so Nolan's opening scene is spurious," huffed British journalist and historian Max Hastings in The New York Review of Books.

Meanwhile, British military historian Antony Beevor said neither director has been particularly faithful to a monumental week or so when the direction of the entire war could have turned in Nazi Germany's favor.

"I am afraid that British movie directors do not have much respect for historical truth. They feel compelled to 'improve' it even when it is not necessary," he complained.

Among Beevor's bugbears is what he sees as Nolan's downplaying of the role of Britain's own naval destroyers, which actually did most of the evacuating.

But it was this romantic notion of an armada of civilians leading the rescue effort -- the movie's dramatic center of gravity -- that provided the inspiration for Nolan.

He and his wife, producer Emma Thomas, had crossed the same stretch of water in a small boat a decade earlier, in what he described as "one of the most difficult and frankly dangerous experiences of my life."

"It drove home to us how heroic this was," Thomas said in an interview. "And no one was shooting or dropping bombs on us."

The English-born director of the "Batman" movies -- known for his technical and narrative daring -- shot on, above and off the very beaches where the evacuation took place with real World War II planes and warships.

Some of the original "little ships" that picked up the soldiers were also pressed back into service for "Dunkirk," which stars Cillian Murphy, Kenneth Branagh and Mark Rylance.

Beevor is as harsh on Wright as Nolan, dismissing as "ludicrous and totally fictitious" a scene in "Darkest Hour" in which Churchill takes a London Underground train and engages passengers on the rights and wrongs of conflict.

As filming reached its climax last year, the Brexit bombshell hit, and the prospect of another retreat from Europe gave the film an unexpected and unwanted political resonance.

With the idea of Britain alone against the world again in the air, Nolan warned against "the Dunkirk spirit" being abused.

"Dunkirk is always being used by politicians as a symbol of something," he said.

"But whenever anyone tries to link it with contemporary politics, they are flying in the face of the fact that it happened in 1940."