'Hürkuş: Hero in the Sky' tells the story of inspiring Turkish aviation figure 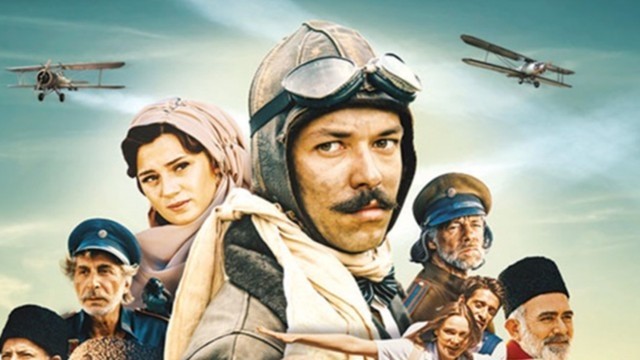 The movie "Hürkuş: Göklerdeki Kahraman" (Hürkuş: Hero in the Sky), which tells the life story of Vecihi Hürkuş, one of the most significant figures of Turkish aviation history, debuted on Friday.

There were 18 supervisors involved with the movie, which was made with a budget of TL 15 million ($3.2 million). Laser-scanning technology used in Hollywood movies was applied in the movie and visual effects were carried out by 82 visual designers.

Vecihi Hürkuş, born in Istanbul in 1896, made the first airplane and founded the first airline company in Turkey, received a Medal of Independence, and was given a letter of appreciation three time by the Turkish Grand National Assembly.

Having lost his father when he was three years old, Hürkuş voluntarily engaged in the Balkan War during his youth. Putting his life in danger for his country many times during World War I and the Independence War, Hürkuş graduated from Tayyare Mektebi (Airplane School) located in Yeşilköy in 1916. Hürkuş became Turkey's first pilot downing an enemy plane in Caucaus Front where he was assigned to in 1917. Here he was wounded in an attack and was captured by the Russians. Escaping Nargin Island with the help of Azerbaijani Turks where he was kept captive, and after reaching Istanbul, Hürkuş joined the War of Independence.

As Turkey's first airplane designer and manufacturer, Hürkuş was among the founders of the Turkish Aeronautical Association. He opened Turkey's first parachuting school and published the first aviation magazine.