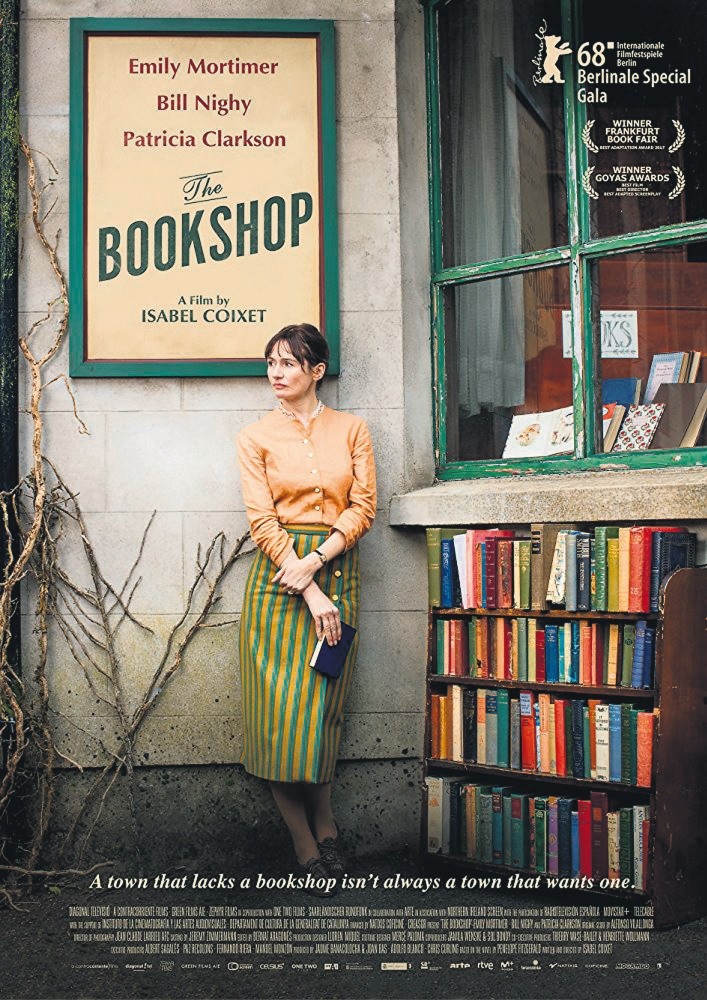 Adapted from the namesake novel by Penelope Fitzgerald, "The Bookshop" is directed by Isabel Coixet. Featuring Emily Mortimer, Patricia Clarkson, Bill Nighy, Hunter Tremayne, Honor Kneafsey and James Lance, the film focuses on the story of a funny town and two determined women. It premiered in Berlin Film Festival and won "Best Film," "Best Director" and "Best Scenario" awards at the Goya Awards.The production, which is about courage, optimism and a love of books, is set in 1950s Britain.

Produced by Steven Spielberg and Frank Marshall, the action-adventure was written by Colin Trevorrow and Derek Connolly.

Premiered at Sundance Film Festival, "Hereditary" is the first feature film of Ari Aster. The film revolves around the story of a young girl who discovers gruesome secrets in her family's past after her grandmother's death.

Directed by Will Ashurst and Simen Alsvik, the Norwegian production "Elias og Storegaps hemmelighet" (Anchors up: Boats to the Rescue) follows an illegal operation that young rescue boat Elias tries to reveal.

Directed by Martin Kotik and Inna Evlannikova, the other animation of the week "Hurvinek a kouzelne museum" (Harvie and the Magic Museum) focuses on the adventures of Harive and his friends who try to save a magic museum and their city.

The Turkish horror film of the week, "Zohak," is directed by Adem Uğur. The film tells the struggle of a woman who tries to carry on with her life after overcoming a trauma with a supernatural power. Written by Adem Uğur and Ali Dadlı, the film features Seda Kement, Erkan Çelik, Abdullah Şekeroğlu, Bülent Yaşık and Gamze Bayraktar.