Eight films to debut this week 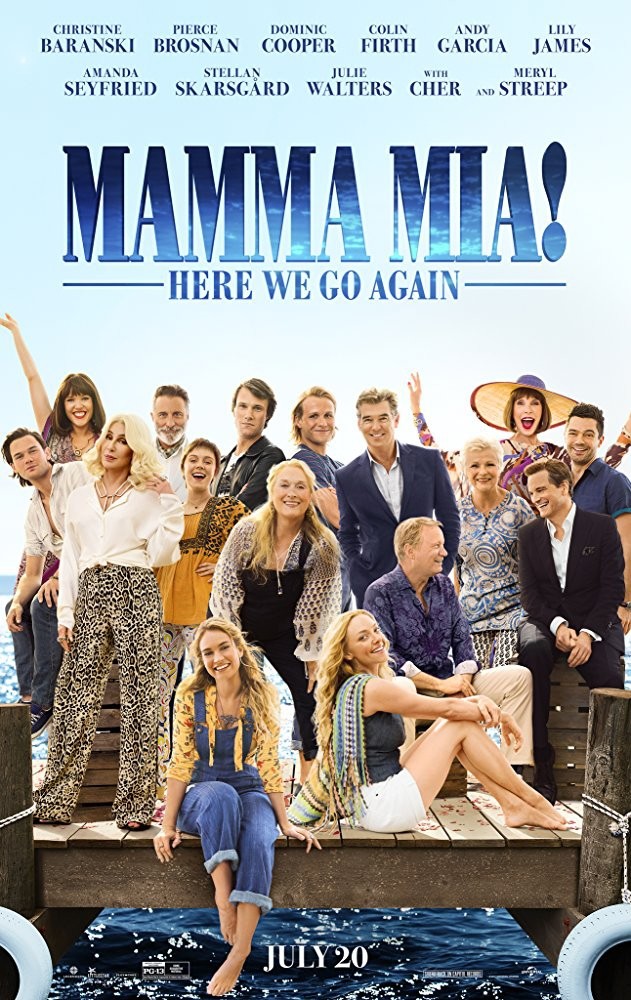 The production focuses on Donna's past, which was played by Meryl Streep in the first film, and Sophie's story in parallel.

Directed by Gerard McMurray, "The First Purge" tells the story of an experiment which turns into an event of 12 hours with no laws. Written by James DeMonaco, the action and horror film features Y'lan Noel, Lex Scott Davis, Joivan Wade, Luna Lauren Velez and Marisa Tomei.

The thriller focuses on the story of an American diamond trader named Lucas. When his Russian partner goes missing, he travels to Siberia in search of him.

Directed by Su Stone, "Scarecrows" tells the story of a group of teenagers who are kidnapped and made into scarecrows that are left to die in the crop fields.