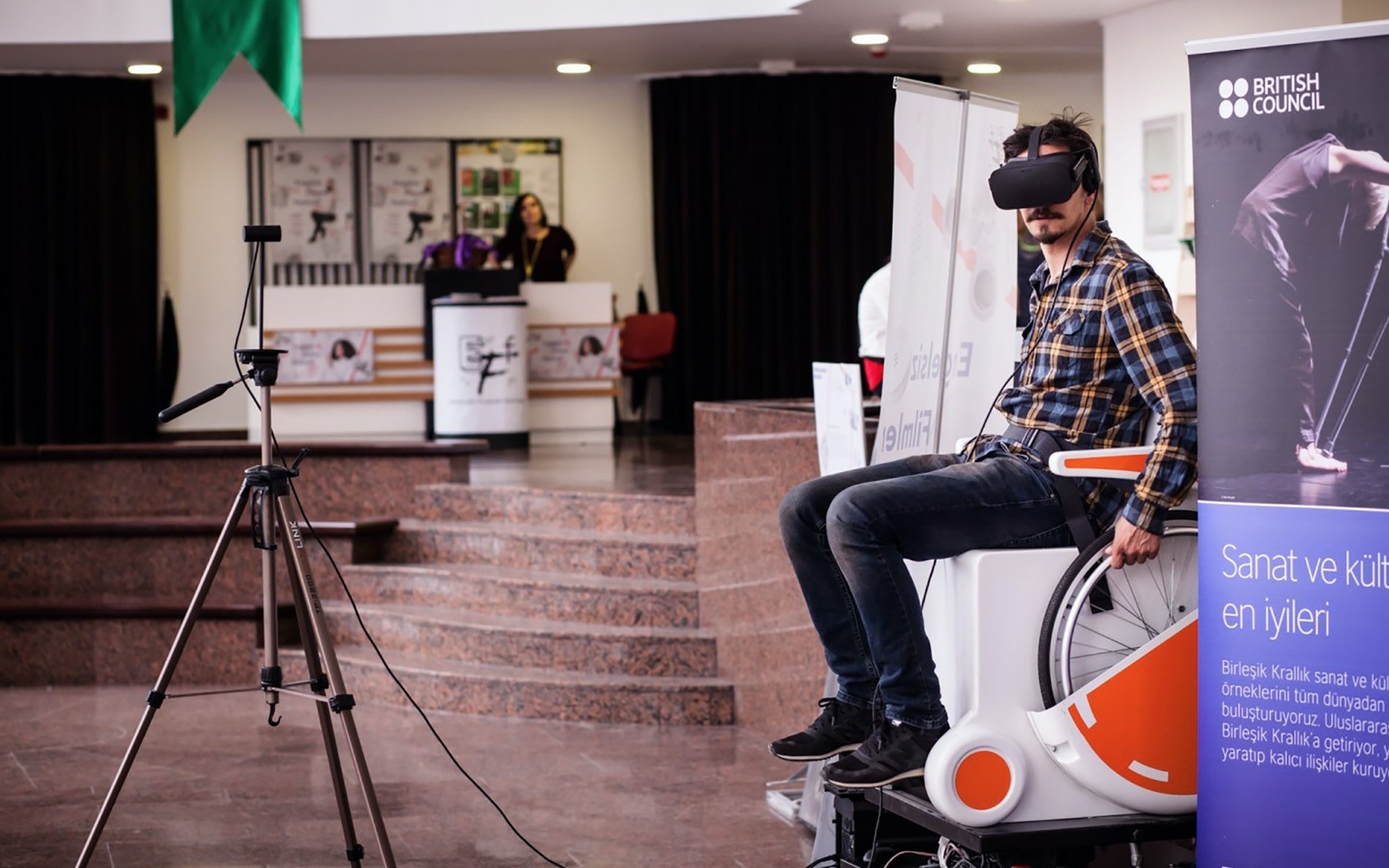 In VRability: Maxim Kiselev program, the audience will experience what it is like to ice-skate in a wheelchair.
by Daily Sabah Sep 10, 2018 12:00 am

The Accessible Film Festival, which is organized to contribute to equal participation in cultural life, this year presents three different virtual reality (VR) experiences to film lovers with a side event on its program.

Introducing novelties to its program each year as part of its quest to become more encompassing, the festival offers film lovers an opportunity to bear witness to stories that are not represented in society with an interactive VR experience, which was introduced to the festival's program last year.

The festival's virtual reality program has three projects this year: Unrest VR, created by Jennifer Brea and Amaury La Burthe, which won the Alternate Realities Virtual Reality Award at the 2017 Sheffield Doc/Fest, offers a journey into Brea's experience of an invisible disease, myalgic encephalomyelitis. The Party, directed by Anrick Bregman and Shehani Fernando, makes the audience

perceive the world through the personal experience of Layla, a 16-year-old with autism. Last, in VRability: Maxim Kiselev, the story of Maxim Kiselev, the world's only sportsman ice-skating in a wheelchair, is narrated through VR by director Georgy Molodtsov. The project enables the audience to experience what it is like to ice-skate in a wheelchair. Cinephiles can bear witness to the stories of other bodies with these virtual reality projects at Istanbul's Boğaziçi University Cinema Hall (SineBu) on Oct. 8-10, Eskişehir's Taşbaşı Culture and Arts Center (Red Hall) on Oct. 12-14, Ankara's Çankaya Municipality Contemporary Arts Center, the Goethe-Institut and the Institut Français on Oct. 17-21.

All screenings and events free of charge

Like every year, all screenings and side events of the Accessible Film Festival are free of charge.