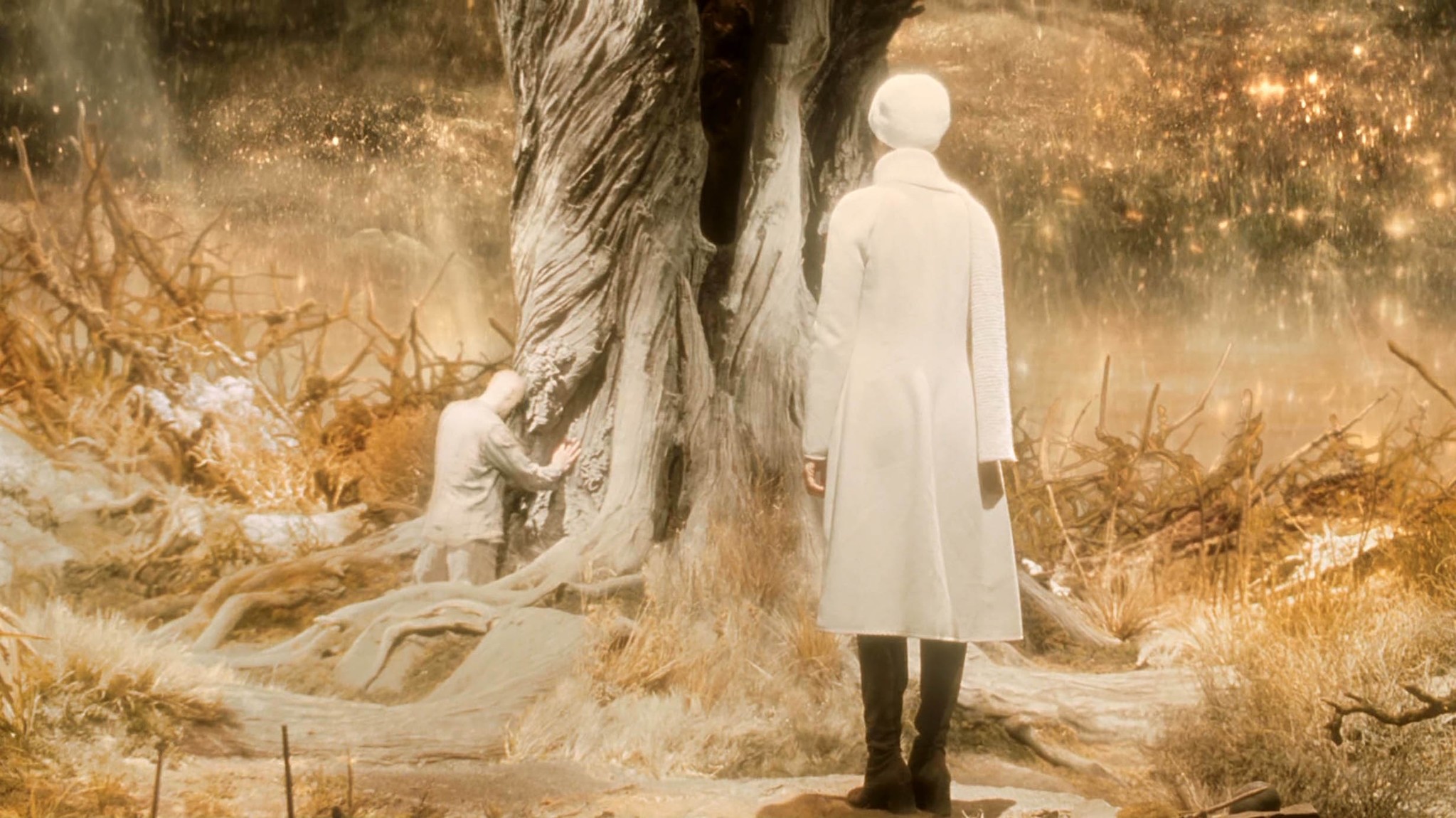 Istanbul Modern Cinema will kickoff its new season with the selection "Close Encounter" inspired by Anthony Cragg's exhibition "Human Nature." The program, which is arranged parallel to Cragg's exhibition, one of the most important sculpture artists alive, includes a selection of movies that focus on human and nonhuman bodies, while using color, voice and camera angles to create corporeal events.

The movies included in the "Close Encounter" program highlight that the screen is not just an object to stare at, but it touches, is alive and is a multisensory organ. The program will open tomorrow and will continue until Sept. 30.

David Cronenberg's "Videodrome" (1983), which came out during the videotape rush, is a warning that technology is a contagious disease that leads to the deterioration of the body.

The movie "Roar" (1981) is a cult adventure movie about the complex relationship between animal and human bodies through the perspective of the camera. Interestingly, though there were 150 wild animals used to produce the film, only people were injured. Over a five-year period, 70 people from the crew including Tippi Hedren, the leading actress of Hitchcock's "Birds," were injured.

Again, another cult movie from the 1980s, "Tetsuo: The Iron Man" (1989), tells the story of how the accidental death of a metal fetishist leads to the man responsible being cursed to slowly turn into a metal creature. Shot in 16 mm in black and white, this movie moves viewers with its unique visual world and atmosphere.

Denis Cote's documentary "Ta Peau Si Lisse" (2017) is about modern gladiators who overcome the limits of the body and examines their muscles, diet and workouts at gyms. While Cote touches on the skin of the characters like a painter, the skin covering the muscles becomes another surface. Peter Greenaway's "The Cook, the Thief, His Wife & Her Lover" (1989) is about the main character Georgina's metamorphosis and themes such as eating and sexuality are handled through colors in the movie.

Premiering at this year's Sundance Film Festival and attracting attention as the most impressive horror movie of the year, "Hereditary" is the first feature movie of young director Ari Aster. After the death of the grandmother Ellen, the head of the family whom the audience soon realizes is not a very loving character, her daughter Annie becomes uneasy and starts questioning motherhood, blaming herself for the doom that has descended on her family. The director makes us question whether what we are watching is real or the imagination of the characters, and the movie is a thriller that will keep you on the edge of your seat.

Known for his unique approach to themes and not sticking with stereotypes of genres, Denis Cote's latest movie "Ta Peau Si Lisse" is about the unknown but realistic world of six athletes who are bodybuilders. The movie is about the muscles, diet and workouts of six bodybuilders trying to overcome their physical limits. While Cote brushes the surface of the characters like a painter, skin covering the muscles becomes another aspect of the film.

Judge Janusz and his daughter Olga living in Warsaw have been shaken by the death of his wife. Due to Olga's bulimia, which starts after losing her mother and her unsuccessful suicide attempt, Janusz is forced to hospitalize her in a therapy center. Anna who works at the center has different methods to heal Olga and the girls in her group. Even Janusz, who relies on science in his professional life, is willing to try Anna's unorthodox methods. This is a dark comedy about living and dealing with losses and death. 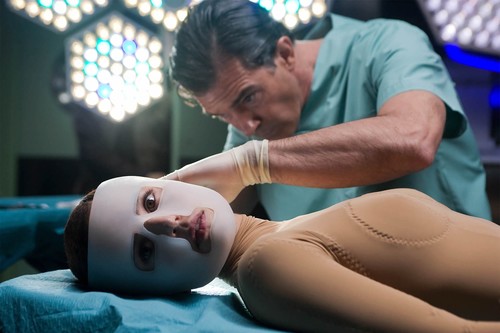 Aesthetic surgeon Dr. Ledgard works on producing burn-resistant skin to heal the wounds of past traumas in his life. He carries out this new skin experiment on Vera, who he keeps locked in a giant mansion in Toledo. Vera, who has every luxury yet is being held captive in her room and under the constant observation of Ledgard, and has two options for freedom: Suicide or making the doctor fall in love with her. This movie, which is bold for Pedro Almadovar, invites viewers into the depths of emotions of characters while switching between genres.

A Mayan conquistador is looking for the legendary tree of life to free a captive queen in the 16th century. A scientist is working on trees in the 21st century to find a cure for cancer to treat his wife. An astronaut, who travels to a dying star with an old tree in the 26th century, is after eternal life. Director Darren Aronofsky tells three parallel stories with an unorthodox fictional twist and takes viewers on a sensory journey by examining the fragility of existence, love, death and immortality.

The film is a military drama directed by Claire Denis, a provocative director that works in a spectrum of genres. Former French legion officer Galoup remembers his glory days in the Gulf of Djibouti. Though he trains young soldiers with an iron fist, he admires his commander. But when a new soldier arrives and attracts the commander's attention, Galoup becomes jealous, filled with grudges and hatred. This masculine world, created in a vast desert that turns into a prison, becomes a poetic, mystical story through moving music and dazzling imagery. 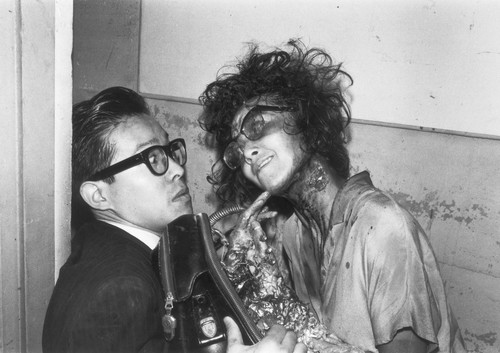 Directed by Shinya Tsukamoto, "Tetsuo," a cult hit from the 1980s, starts with a man, already suffering and half mad from a self-inflicted injury thanks to his metal fetish, who runs into the street and gets hit by a car. The couple in the car try to dispose of the body only to later discover the driver was cursed in the incident. Shot in 16 mm, the edgy images are accompanied by industrial music offering a visually stimulating world and atmosphere.

A black comedy about Albert, the owner of Le Hollandais, the main location of the movie; Georgina, his wife who is sick of his constant criticism and ugliness; and Richard, who equally hates Albert and overlooks this charming yet wary woman's escapades with Michael, one of the patrons of the restaurant. Director Peter Greenaway defines how the corruption in one's soul comes into being through weakness and strong characteristics by offering a masterpiece with its use of color and clever dialogues. Themes, such as eating and sexuality, in the story are also defined through the colors of the locations forming the "body." The movie offers symbolic criticism of the greed, dishonesty and the strong beating the weak seen in modern times.

David Cronenberg's "Videodrome," which came out during the videotape rush, is a warning that technology is a contagious disease that deteriorates the body. Technology is an extension of the human body and it is not enough to look at the screen. Instead, we want to put our heads directly inside the screen, which in turn changes our organic structure by becoming a lip or a weapon. Defined by Andy Warhol as the "Clockwork Orange" of the 1980s, the movie prophesizes about where violence, media and technology intersect. While entering the collective subconscious of the VHS period, the movie shows us the relationship between our fears and desires in the age of the internet.

Director Noel Marshall, who also stars as Hank in the leading role, depicts the complex relationship between animals and the human body in this extraordinary movie shared with his wife, children and untrained wild animals. This cult adventure movie, which also features Tippi Hedren and his daughter Melanie Griffith, features 150 wild animals consisting of giant elephants, panthers, lions, jaguars, cheetahs and leopards and while no animal was harmed during production, 70 people from the crew were injured. Focusing on two days of Hank's life, a man who lives in the wilderness, and his family who comes to visit him, the movie was completed in five years and took 11 years to be released. There were no stunt doubles or special effects used in the movie. The wild animals chasing after the actors are 100 percent original.

Continuing his career as a director after cinematography, Nicolas Roeg's first directorial debut, "Walkabout," draws attention to contradictions between an urban man and a man who lives in nature while focusing on colonialism through the body. We watch how two brothers, whose father commits suicide after setting his car on fire in the middle of the desert in Australia, are saved by a young Aboriginal man. "Walkabout" offers a cinematic experience that is hard to describe with the wild vast nature of Australia in the background and with the poetic narration of Roeg.