Screening program delves into education and the pains of growing up 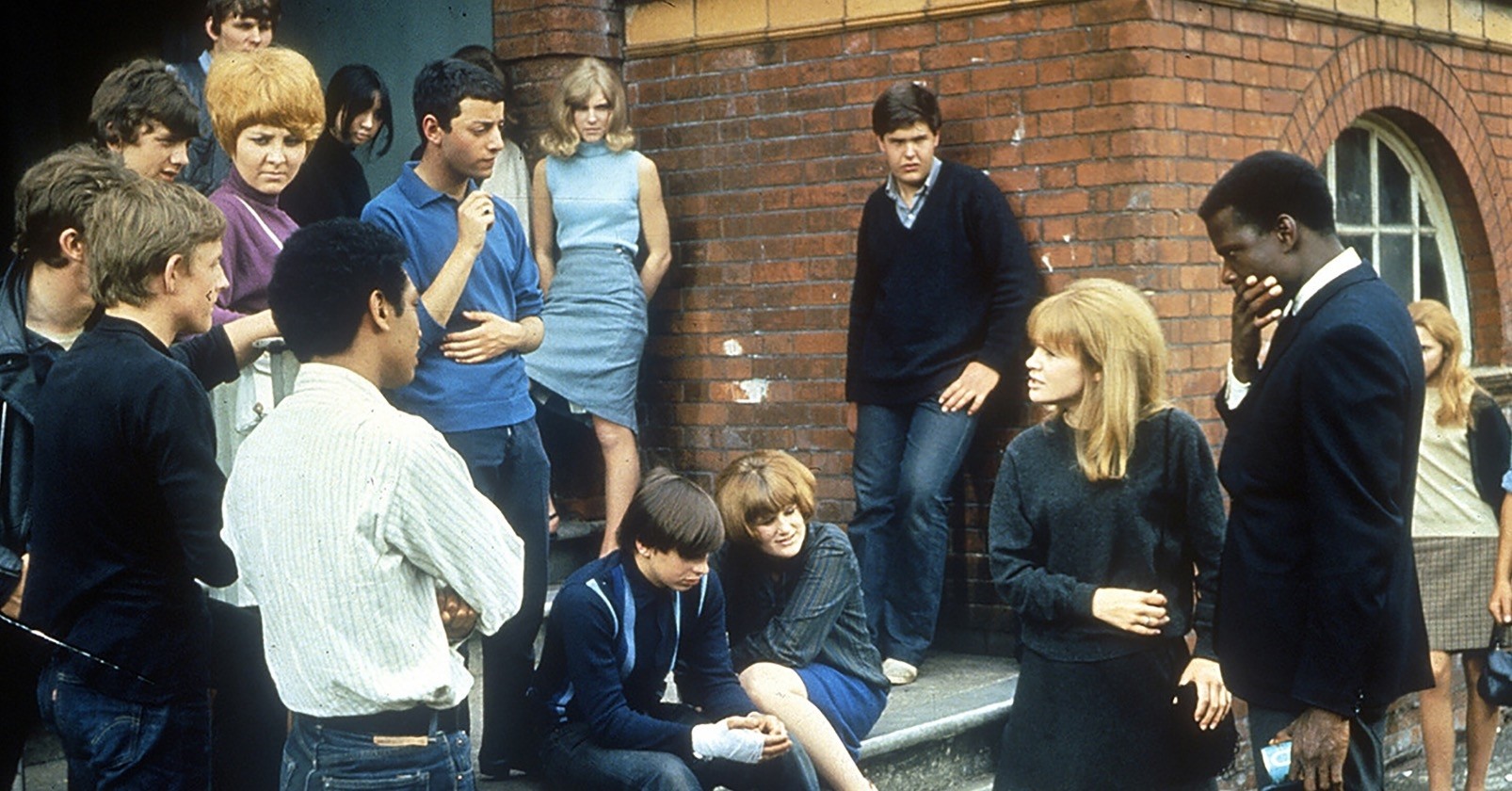 Pera Film's new program ‘Where is the playground?' hopes to shed light on how education, learning and approach to skills, values and beliefs are acquired in different cultures

Pera Film's new season will be screening films that revolve around the concept of education, training and growing pains with their "Where is the playground" program which will go on until Oct. 7.

The program, which is part of the 4th Istanbul Design Biennial's "School of Schools" theme, is organized by the Istanbul Culture and Arts Foundation (İKSV) and includes fiction and documentary works that have left their mark on history from the 1960s to today.

"To Sir, with Love," the 1960s pioneering drama by James Clavell focuses on the social and racial problems in a downtown school in the U.K., while Frederick Wiseman's 1969 movie "High School" sheds light on the daily lives of teachers and students at a school in Philadelphia.

Richard Linklater's 1993 cult classic "Dazed and Confused" is about a group of teenagers who are about to graduate from high school.

Larry Clark's fast-paced first feature "Kids" revolves around the life of a group of teenagers trying to cope with life in the 1990s.

Laurent Cantet's 2008 production "The Class" tells the story of a French teacher who works at a high school in a tough Paris neighborhood.

"Fully Awake: Black Mountain College" by Cathryn Davis Zommer and Neeley Dawson is a documentary that tackles an innovative and radical pedagogical approach to art teaching at a university. In the western mountains of North Carolina, the Black Mountain College was the first home of effective experimental education that defined 20th century American art.

The documentary "Beyond Measure" directed by Vicki Abeles, witnesses the deep transformation of state schools in the U.S., how the classes of these schools pulled away from an exam-oriented culture and how they pioneered new ideas.

Meanwhile the latest experimental movie by Paul Wright, "Arcadia" which caused heated debates when it debuted, displays how filmmaking has transformed the relationship between the British and their land through rare shots from the early days of filmmaking and the mutual interaction between the environment and culture.

To Sir, with Love

James Clavell's British drama released in 1967 stands out with Sydney Poitier's strong performance. Poitier plays Mark Thackeray, a charismatic teacher in London at a time when the "mod" movement peaked among young people. The teacher is assigned to a school where discipline has collapsed and is under the rule of criminals. Thanks to his innovative teaching methods, Thackeray gains the respect and admiration of his students. It was a blockbuster in 1967 with its emotional story and Poitier's performance as Thackeray.

Frederick Wiseman, one of the leading documentary filmmakers of American cinema, started his extraordinary career in the 1960s. "High school" focuses on the daily lives of teachers and students in 1968, Philadelphia. The camera allows us to enter the world of the school, from biology, sports and typewriter courses to PTA meetings. As always, Wiseman manages to express all of this with comfortable, relaxing narration. The movie focuses on the ideological and political values the school wants to transfer to the students. 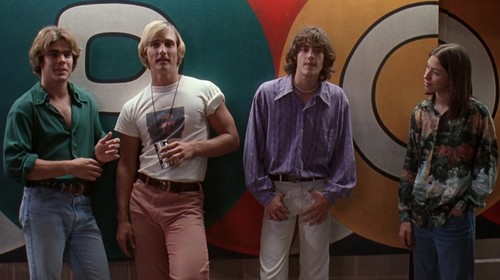 "Dazed and Confused" is about America in 1976 and the last day of school. It follows the adventures of a group of teenagers through the day. Deemed as one of the best youth films ever, Richard Linklater links the world of freshman students and the graduating students of a high school. Featuring various Hollywood stars for the first time, the movie is like an everlasting source of quotes thanks to its rich dialogue along with an amazing soundtrack. This movie is about the boredom, anxiety and excitement of teenagers who do not believe that "these are the best years of our lives," yet want something to happen.

Larry Clark's fast-paced first feature movie "Kids" looks at the life of a group of teenagers trying to cope with life in the 1990s. American photographer and filmmaker Clark is known for reflecting the truth without filtering it. This production, which holds a mirror to society, displays the experiences, attitudes and uncertainties of a group of adolescents. The children, who are the focus point of the story, are adolescents living in modern day American chaos. We witness a day where nothing changes yet everything changes in the lives of these teenagers, trying to cope with a troubled world.

There are clashes between different cultures and attitudes in the classroom. While the students may be fun and inspiring, their behavior may be enough to undermine the enthusiasm of teachers working with low wages. The teacher, who insists on a respectful and attentive environment surprises his students with his open-heartedness. However, when the students start questioning his methods, they undergo a test of ethical values in the classroom. Laurent Cantet's "The Class" tells the story of a French teacher who works in a rough neighborhood in Paris.

Hiding in the western mountains of North Carolina, Black Mountain College (1933-1957) was the first home of effective experimental education that defined 20th century American art. The movie looks at the innovative and radical pedagogical approach to art teaching at Black Mountain College. The university that is under the rule of a very democratic teaching staff defends the idea that practical responsibilities and creative art are equally important components for intellectual development.

For decades, Americans have been told that their schools are insufficient compared to other countries. Upon the repetition of the fact their school system is defective,"corrections" are made each year by developing a system that can better compete with the world. But what if these corrections are making the schools worse? In "Beyond Measure" director Vicki Abeles tries to test the assumptions of today's educational system. It aims to re-evaluate the broader purpose of education. What would happen if our education system valued personal development than test results? What would happen if it values questioning more than imitation? What would have happened if we prioritized passion more? What would happen if we decided the purpose of schooling is not just memorizing formulas but to enable transformation of one student each year? What if this paradigm shift was spreading from the bottom? In "Beyond Measure," we witness a deep revolution at state schools all around the U.S. Schools that move away from the old-fashioned examination-based education system and are leading with their brand new vision. These are the schools that consider critical thinking, communication, collaboration and creativity as the cornerstones of a good education. Thus, no matter what background the children are coming from, they make great progress. The movie reflects positive examples of how education may create new opportunities and innovations when societies are ready for change. 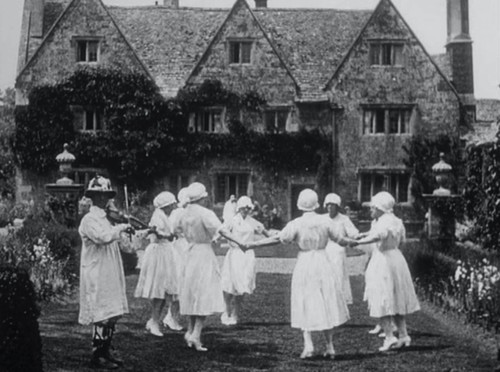 "Arcadia" is a new movie compiled from archival footage that brings a provocative and poetic approach to man's relationship with land. BAFTA award-winner Scottish director Paul Wright reconstructed archival footage to tell this provocative story. With a selection from movie and TV shoots from the British Film Institute's National Archive, the movie has a strong mosaic of images, voices and emotions with an original soundtrack from Adrian Utley and Will Gregory. The movie is knitted together with images of folklore carnivals to masked parades, from hunting to harvesting, from communes to crazy parties, from mechanization to environmental destruction, from fires to floods and storms.

"Arcadia" reminds us what might happen if our bond with nature and with each other is destroyed. When we look at what we won and lost in the past century, when we question ourselves, we may find what we need in order to survive the next century.