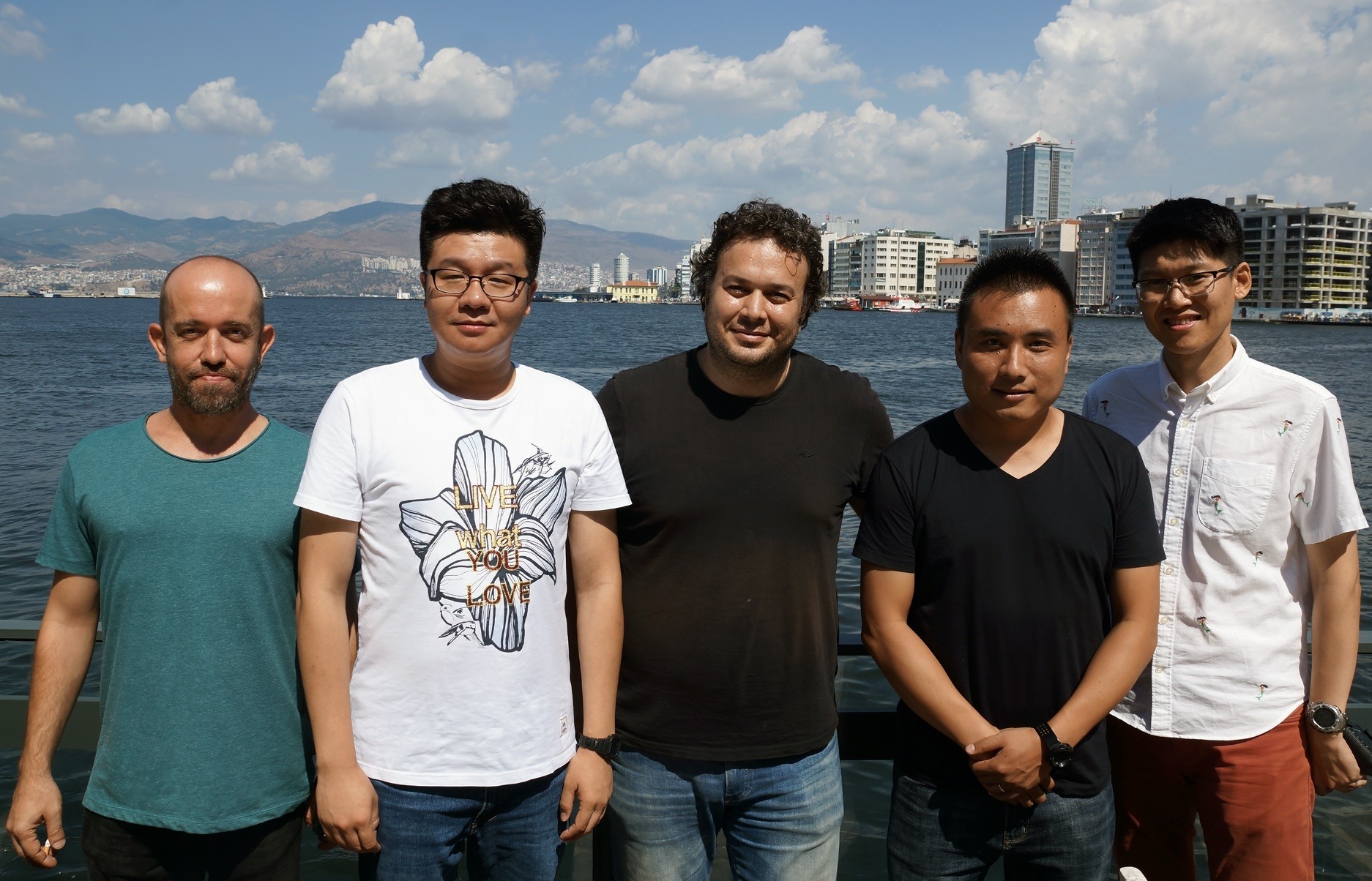 Two Chinese directors visiting Turkey within the scope of "2018 Turkey Tourism Year in China," shot a short movie and a documentary to introduce Turkey.

Three directors shot on location for three weeks in Kemeraltı, Agora, Selçuk, Kordon and Çeşme, the city's best-known locations, in line with the scenarios they prepared for the films aimed at reviving the tourism volume between Turkey and China.

The scenario written for the short film centers around a boy and a young man who meet in Kemeraltı Bazaar and wander around the important tourism spots of the city such as Kemeraltı, Agora, Kordon and Çeşme, as well as the Ancient City of Ephesus in Selçuk and the Ancient City of Pergamon in Bergama, while the documentary feature focuses on the natural riches of the city, Turkish dishes and social areas.

These two films will be screened in the film festival to be held in Shenzhen between November 24 and December 2 and on the TV channels operating under Shenzhen Media Group for a month.

They will also be featured in Turkey within the scope of International İzmir Short Film Festival to be held in the city between October 30 and November 4.

In a statement to Anadolu Agency (AA), Chinese director Zhang Nan said he had been to Turkey before, adding he came to İzmir within the framework of "Turkey Tourism Year" in China.

Noting that he was amazed by İzmir and quite impressed by the city's natural riches and historical locations, Nan said he called his friends in China before the shootings were completed, urging them to come and visit İzmir.

Nan said they prepared really beautiful films to introduce Turkey. "This year is Turkey Year in China. My goal is to introduce the beauties in Turkey and İzmir to my people. I think many people's interest in İzmir will further increase thanks to the film just like mine did, and many of our people will come in this regard," Nan added.

2 billion people to watch in China

Director Wang Le, on the other hand, said he really liked Turkey, adding İzmir hosts quite different beauties in it.

Stressing that they got the chance to get to know the Turkish people more closely throughout the project, Le said Turkish people are quite friendly, highlighting that they have not felt out place at all since the first day they arrived in İzmir, chancing on a very comfortable working environment. "This was reflected in our film and documentary. Our projects will be quite enjoyed in both Turkey and our country. We expect them to be watched by two billion people in China," Le continued.

Underlining that he sees himself as a cultural ambassador between Turkey and China, Le stated that the two countries are rather similar, and that reciprocal efforts are required to improve the relations.

Saygı said he believed they accomplished good work in terms of promoting İzmir. "We carried out a very nice joint project which is of great importance for the promotion of not only İzmir but also Turkey. The films will meet the viewers in China for a month," he added.