Festival trucks offer open-air cinema for everyone to enjoy 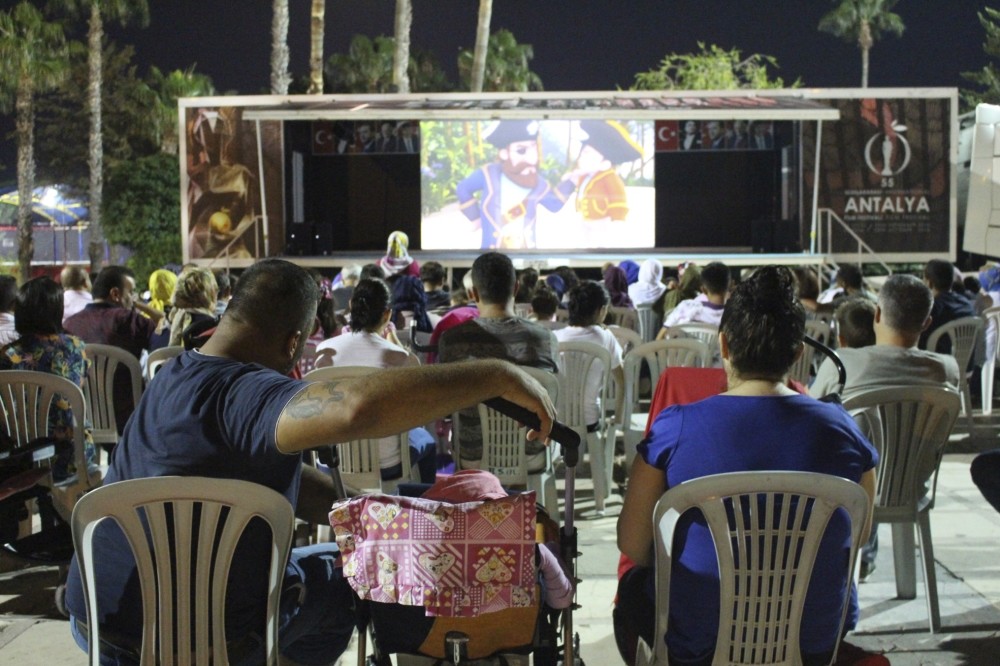 The excitement of the 55th Antalya International Film Festival has engulfed the entire city.

Two festival trucks are carrying this excitement across the city, travelling through the districts one by one.

With one truck travelling the eastern districts and the other going around the western districts, everyone, young and old alike, is getting a chance to enjoy some of the festival's best films.

Children in the districts of Gazipaşa, Alanya, Finike and Gündoğmuş were especially overjoyed because they were able to watch the animated film "Capt'n Sharky" (2018).

The open-air cinema tour started in Alanya with the documentary "On the Way to School."

The locals of Alanya flocked to the screening and many of them said they enjoyed watching the film outdoors.

Traveling through 19 districts until Oct. 5, the trucks are offering people a chance to enjoy open-air cinema for free during the festival.