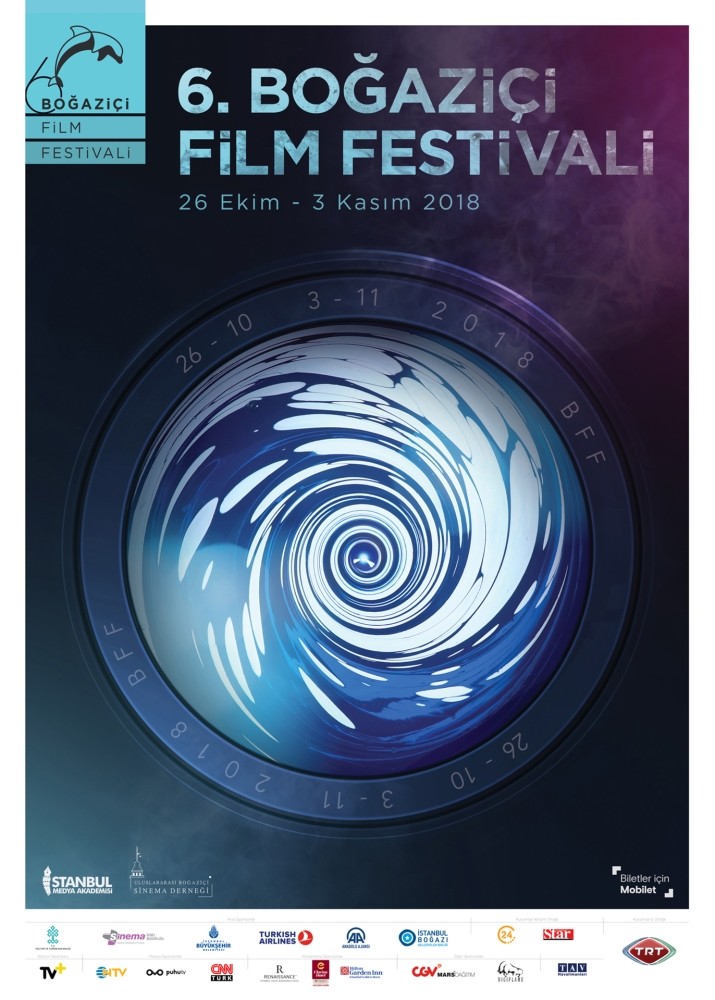 Organized with the cooperation of the International Bosphorus Cinema Association and Istanbul Media Academy, the schedule for the 6th Bosphorus Film Festival is quite appealing.

Realized with the support of the Culture and Tourism Ministry, the festival starts today with the institutional partnership of Turkish Radio and Television (TRT) and the global communication partnership of Anadolu Agency (AA).

The festival's competitions will feature 88 films by 90 directors from 41 countries. The jury for the National Feature Film Competition, which consists of actress Begüm Birgören, director Andaç Haznedaroğlu, screenwriter Ercan Mehmet Erdem and cinematographer Mehmet Aksın, will be chaired by accomplished director Serdar Akar.

While one of the films chosen by the jury will be awarded TL 100,000 ($17,560), 18 films under the categories of national short fiction and documentary will compete for TL 50,000. This year's competing films at the festival are "Güvercin" ("The Pigeon") by Banu Sıvacı, "Tuzdan Kaide" ("The Pillar of Salt") by Burak Çevik, "Sükut Evi" ("House of Serenity") by Cafer Özgün, "Anons" ("The Announcement") by Mahmut Fazıl Coşkun, "Halef" by Murat Düzgünoğlu, "Babamın Kemikleri" ("My Father's Bones") by Özkan Çelik, "Siren's Call" by Ramin Martin, "Güven" ("Trust") by Sefa Öztürk Çolak, "Kaos" ("Chaos") by Semih Aslanyürek and "Borç" ("Debt") by Vuslat Saraçoğlu.

While the world premiere of Cafer Öztürk's "House of Serenity" will be held during the festival, Ramin Martin's "Siren's Call," whose world premiere was hosted by the Tokyo International Film Festival, will be shown in Turkey for the first time as part of the festival.

With a vast Turkish following thanks to his melancholic, sincere and amusing films, Norwegian director Bent Hamer will present Segei Loznitsa - who is known for his approach that reverses traditional understanding of history - with an honorary award.

In addition to its national and international competitions, the 6th Bosphorus Film Festival will offer sections such as "World Cinema" that will host Turkish and world premieres of the most anticipated films of the year; "The World of Documentary Films," which offers award-winning documentaries; "A Long March" with a focus on immigrant problems and "Short Animation Films" with the award-winning animations of the year.

Organized with the cooperation of Türkmedya, the business partner of the festival, the Masterclass Program, which hosts masters of cinema, will host Portuguese producer Paulo Branco in addition to Hamer and Loznitsa.

The 6th Bosporus Film Festival will conclude on Nov. 3.