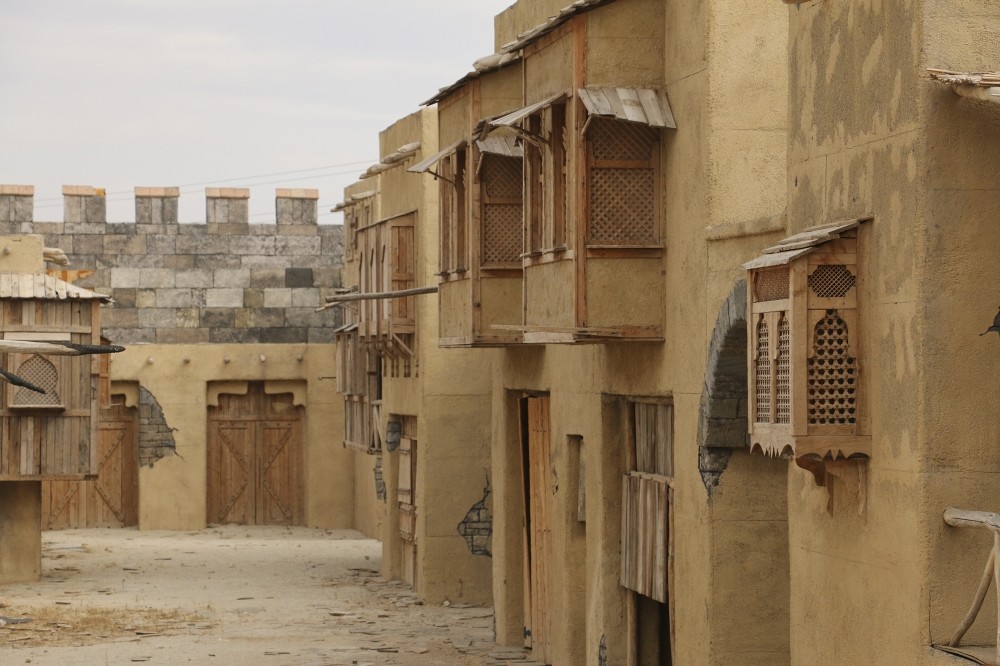 Konya Chamber of Commerce (KTO) Karatay University has its eye on renting the set from the film "Direniş Karatay" to Hollywood producers.

In the film, which debuted in March this year and stars Mehmet Aslantuğ, the establishment of Karatay Madrasah, which opened under the leadership of Emir Celaleddin Karatay of the Seljuk Empire during intense Mongol attacks, is told.

Created by the university for the film that describes Konya province in the 12th century, the set includes accessories and costumes that were later also used by several TV series and film producers after the film hit the silver screen.

Built by craftsmen from Konya through the guidance of historians, the set authentically reflects the Seljuk period and equals any historically based Hollywood set in terms of its accuracy and quality.

The set includes reproductions of historical buildings, such as Kılıçarslan Mansion, Sultan Gate and Ertaş Gate as well as butcher shops, a greengrocer, a bakery, a general store and other period shops.

To be used in other projects

Explaining that the set has also been used to shoot other films and documentaries, Öztürk said, "We created a unique set here; a set where any kind of documentary, TV series or film could be shot."

He noted that they have continued to promote the set and would like to see it used in other projects. They recently negotiated with a Turkish company with representation in New York in order to connect with Hollywood producers.

Noting that the negotiations are still ongoing, he stressed: "Now, we're facing a new type of negotiation because Hollywood is a different world. We have a website about it. Our promotional work will continue via this site."

Explaining the income earned from the set was given to the university, Öztürk reported: "We have a set that exceeds Hollywood's standards. Many works will be produced here. The proceeds will go directly to our university. After 'Direniş Karatay' was in theaters and then on TV, producers approached us to rent the set. We used Zazadin Inn while shooting, as well. It is a very beautifully decorated Seljuk inn."