'Life as School' at Pera Film 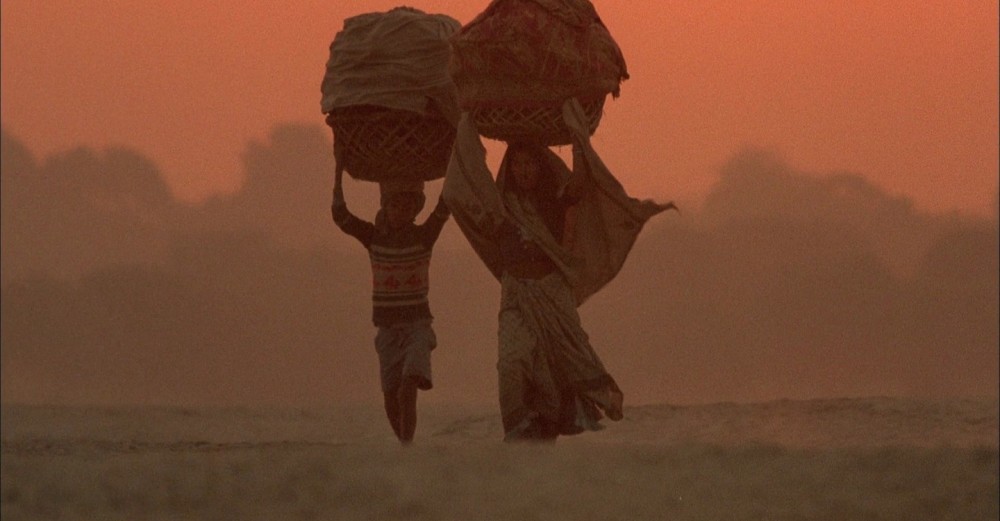 As part of the 4th Istanbul Design Biennial, Pera Museum is hosting "A School of Schools." With the participation of different national and international contributions in addition to practitioners of various disciplines, "A School of Schools" focuses on the processes as well as the results of combining old knowledge with new, academics with amateurs and professionals with individuals.

The program "Life as School," to continue until Nov. 4, as an extension of the biennial by Pera Film reflects the methods and practices of living together as a society with the aim of studying how it affects our personal lives. As life itself is an endless school, this program hopes to catch both the long-lasting and fleeting moments of our great existence. This selection offers documentaries and fiction films dealing with life on earth and how such a broad phenomenon can affect things both on abstract and concrete levels. Within the context of "Life as School," Pera Film scrutinizes the endless paths in life and how impossible it is to separate learning and life from each other.

Despite its unconventional style in every sense, director Godfrey Reggio's "Koyaanisqatsi" caused a sensation when it was released in 1983. Choosing not to use words in the first work of the Qatsi Trilogy, the director adapts the rapidly changing environment of the Northern Hemisphere into screenplay with an astonishing collage created by cinematographer Ron Fricke and composer Philip Glass. The film's unusual methods, such as hypnotic time lapse photographs, shuttle viewers between astonishing frames ranging from untouched nature to examples of society's ever-increasing technology addiction, forcing you look to at our planet from a unique perspective.

Five years after Reggio mesmerized spectators with "Koyaanisqatsi," the director set off to shoot the second installment by working with composer Philip Glass and other team members. This time, Reggio focused on developing nations in the Southern Hemisphere. Regardless of the sped-up aesthetic of the first film, "Powaqqatsi" is about the beauty of traditional lifestyles in the regions where they filmed, expressed through meditative slow motion. Also, the film exposes how cultures are lost as their natural environments are replaced by industry. Of the "Qatsi Trilogy," all of which are noteworthy for their philosophy and visuals, "Powaqqatsi" is most definitely the most spiritual.

In the final part of the "Qatsi Trilogy," Reggio studied digital revolution. Using various cinematic techniques such as slow motion, time lapse, computer-generated visuals and found footage, the film exposes a world in which the transition from natural to artificial is complete. Globalization is accomplished. All communication is conducted via technology, and all the images are distorted. In this virtual reality, Reggio offers a manic and challenging portrait of an era in which communication cacophony has swept humanity into a life beyond language.

'The Show of Shows'

This film tells the story of mobile circus performers, cabaret players, vaudevilles and fair workers. It offers very early shows that mesmerized the world, and films shot by one of the rooted circus families. Director Benedikt Erlingsson takes us back to the days when masterful and breathtaking shows traveled to all the corners of the world. This rich visual archive, which was arranged via exclusive access to the National Fairground Archive of the University of Sheffield, is accompanied by an epic soundtrack composed by Ros'tan Orri Pall Dyrason with the contributions from Hilmar Örn Hilmarsson and Kjartan Dagur Holm.