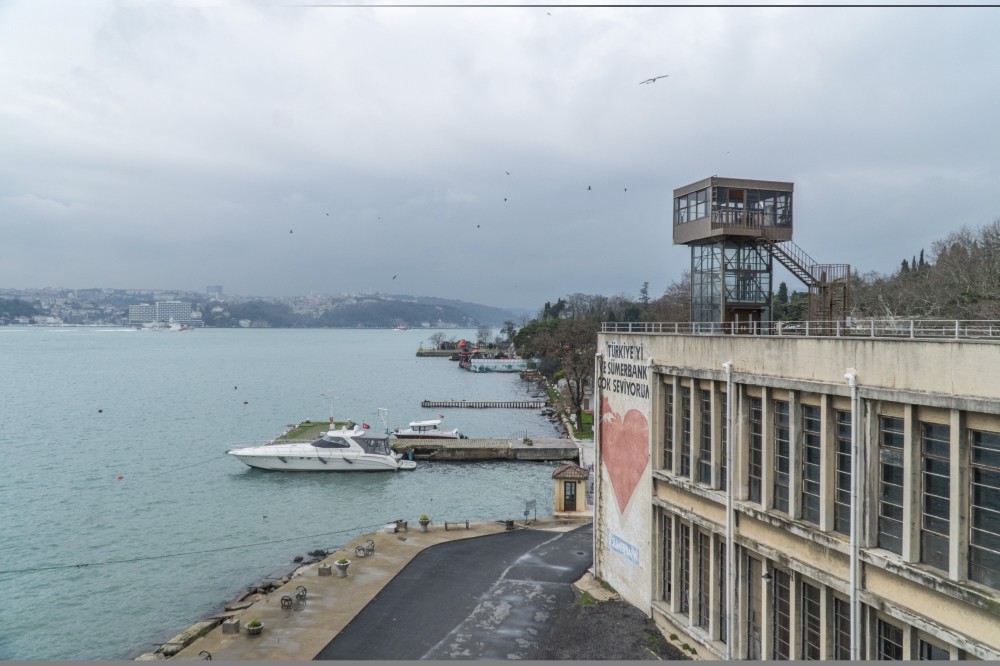 Kundura Cinema is organizing films, thematic programs and side events at the Beykoz Kundura building, a part of Turkey's industrial cultural heritage. It is inviting movie lovers to a different movie experience with an annual program of alternative movies.

The first screening was held on Nov. 3 with "Naked City" by American director Jules Dassin.

Dating back to the 1800s, the Beykoz Kundura building was active until the foundation of the Republic and is one of the examples of cultural heritage in the city. The culture of cinema had an important place in its history with screenings organized by both its employees and the residents of Beykoz. Kundura Cinema has transformed the boiler room, defined as the heart of the factory, into a movie hall in order to continue the movie culture of Kundura, following the traditional past of the venue. This year, within the scope of Beykoz Kundura Film Days, the venue will offer screenings under the titles "Karlar Altında Kabuslar" ("Nightmares Under Snow") and "Bir Yaz Gecesi Sineması" ("A Summer Night's Cinema"), along with curatorial content, thematic programs and side events offering its guests a unique venue that thinks and talks about, as well offers an alternative perspective of cinema.

Movies traveling from city to city

The movies to be screened by Kundura Cinema in the 2018-2019 season are focused on cities. From the first modern cities to our age, from giant metropolitans to dystopian cities of the future, from New York to Paris, from Berlin to Mexico, from Tokyo to Istanbul, the selection takes viewers on a one year journey to different geographies all over the world.

Continuing to look at the past, present and future from cities located all around the world, Kundura Cinema is introducing great movies, documentaries and short movies that have been prominent since the beginning of the history of cinema in an enchanting atmosphere. From fiction to experimental movies, from dramas to comedy, from film noir to science fiction, viewers will get the chance to watch movies from different genres, as well as films that have not been screened at movie halls before.

"The Apartment," starring Billy Wilder; Jacques Tati's "Playtime" and "Traffic;" Jules Dassin's "Night and the City" and "Naked City" and "Berlin: A Symphony of a Metropolitan" written by Walter Ruttman are among the movies to be screened in November and December at Kundura Cinema.