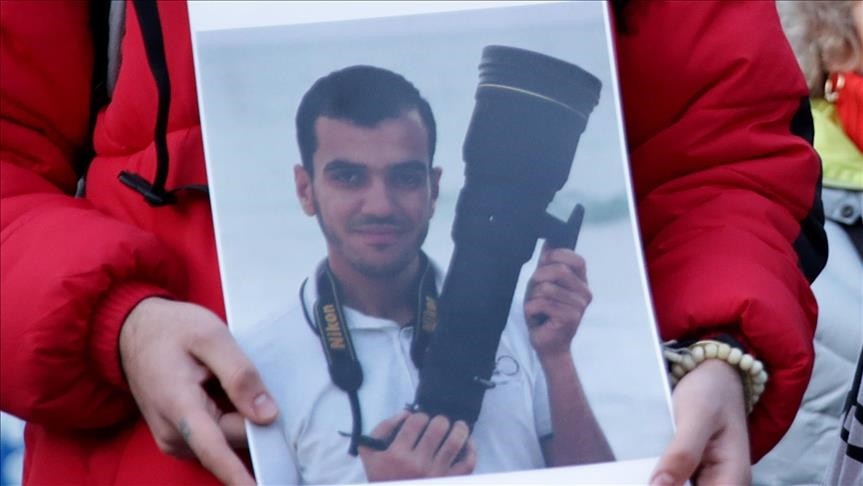 The slain photographer and cameraman Yaser Murtaja
by Anadolu Agency Nov 19, 2018 12:00 am

A movie filmed by a martyred Palestinian reporter has been awarded a silver medal during a festival in Istanbul.

"Between Two Crossings" by Yaser Murtaja, which featured the daily suffering of Gaza residents due the Israeli blockade came in second place, following Palestinian director Dima Abu Ghoush's film "Amwas," which was rewarded with a gold medal at the event, entitled the Media Creativity Award for Palestine.

The award was granted as part of a major conference that kicked off in the Turkish city on Saturday, aiming to raise awareness for the Palestinian cause. Organized by the Beirut-based Palestine International Forum for Media and Communication, the two-day conference, themed "Palestine Addressing the World," brings together hundreds of journalists, academics and writers from over 60 countries around the world.

Murtaja, a 30-year-old photographer and cameraman, had applied for the award only few months before being shot dead in the Gaza Strip's weekly protests known as the Great Return March.

He was targeted by a bullet fired by an Israeli sniper last April while he was covering the events of the protests.

Since late March, more than 200 Palestinians have been killed and thousands more injured by Israeli army gunfire during anti-occupation protests near the border of the Gaza Strip.