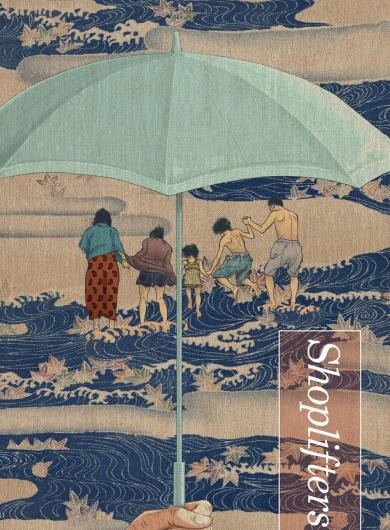 A Palme d'Or winner at Cannes, the film revolves around the story of a family. Osamu and his wife Nobuyo Shibata are in financial trouble because they do not have regular jobs. Osamu has to steal from shops with his son Shota to support his family, which try to make a living with the retirement salary of the grandmother and temporary jobs. Finding a homeless little girl, Osamu takes her in despite all the family's difficulties.

The sequel film of "Split," in which James McAvoy and Anya Taylor-Joy star, and "Unbreakable," which features Bruce Willis and Samuel L. Jackson, "Glass" debuted this week. In the film, security guard David Dunn chases Kevin Wendell Crumb, who has 24 different identities, using his supernatural abilities.

Written by Gürkan Tanyaş, the film is produced by Mustafa Uslu.

Adapted from a children's book that Ole Lund Kirkegaard wrote in 1975, this animation is written and directed by Karsten Kiilerich. The Danish production tells the story of a boy named Hodja. Hodja wants to be a traveler instead of continuing their family-run business. One day, he finds a flying carpet and is able to explore the world by chance. He takes his goat, who is his best friend, with him and goes on an adventure. During this adventure, he makes new friends, comes across powerful enemies and sees a wonderful treasure.

The latest film of cinema critic and director Jean-Luc Godard, who is one of the most influential figures of the French New Wave and won an Academy Honorary Award, "Le livre d'image" ("The Image Book") is a story in five chapters comprising of documentary and news images. The film, which won the Special Palme d'Or at the 71st Cannes Film Festival, searches for answers to these questions: How does the memory process? Where do dreams start? Where do images and words overlap? When do they separate?