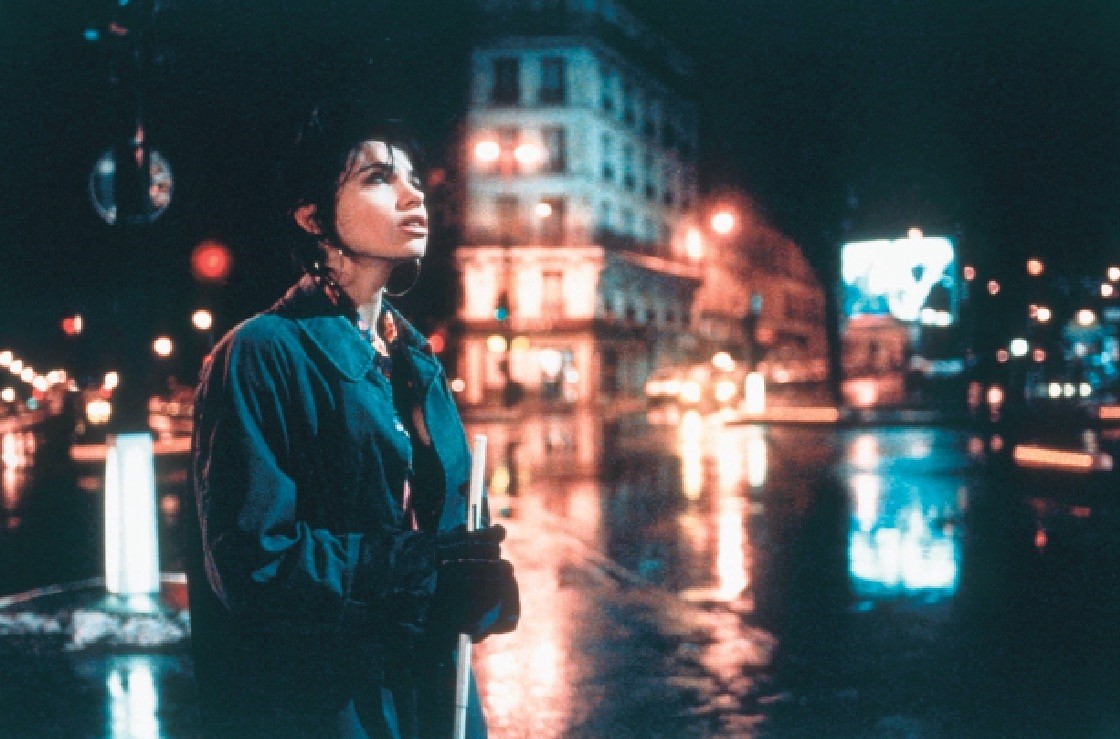 Pera Film continues the season with its "Timezones" program, which looks at the concept of time from multiple angles. The program opened yesterday and will continue until March 17

The season at Pera Film continues with the "Timezones" program that opened Wednesday and runs until March 17. With the slogan "The Time Needs Changing," it offers an unconventional look at the concept of linear time. The program sheds light on those who wait for the right time to live their own realities, those who rebel against the righteousness of their time, those who wonder what is happening elsewhere in the world, those who challenge a day being only 24 hours and those who believe in the healing quality of time.

Directed by Alain Resnais, the movie is set in a large baroque castle; it looks deserted with endless corridors with gold and marble ornaments, rich patterned ceilings, sculptures and the silent servants. The guests of this strange hotel drift in a bizarre fatalism and maintain a ritual between comfort and dissatisfaction.

The guests at this luxurious hotel, which resembles a prison, seem to be hypnotized. A man with an Italian accent walks in the castle full of labyrinths as if he has lost his way following a woman he claims to have met a year ago and trying to talk to her. However, the woman does not recall or does not want to recall this encounter. The restored 4K version of the movie will be screened for the first time in Turkey at Pera Film.

Director Ulrike Ottinger combines a fantasy that jumps between different times with a masquerade full of frenzies and tells the stories of world history separated into five different stories from the Spanish Inquisition to traveling performance artists, from Greek Mythology to physical peculiarities and to a carnival atmosphere with flashy costumes.

In all of these stories that question the gender patterns through the change of shape, Magdalena Montezuma plays a bold traveler. The pioneering feminist Ottinger, who reinterpreted Virginia Woolf's "Orlando" and Tod Browning's "Freaks," creates a colorful stage, breaking the rules devoted to interpersonal differences and transformation.

On the Silver Globe

A group of astronauts lands on the dark side of a distant planet in order to establish a new civilization. However, with the death of the oldest and the wisest among them, this newly built society starts to degenerate. The settlers, whose number rapidly grows, turn into a tribe that gradually disintegrates due to internal conflicts. The last settler survivor, a reporter who records frames of daily life is deemed as a messiah by the next generation, however, is horrified by the crimes committed in his name. The warriors sent on their way to explore the other shore of the sea face a new and strong race of bird-shaped monsters. "On the Silver Globe" is one of the most magnificent expressions of Andrzej Zulawski's visual art.

Five cities. Five cabs. Numerous strangers filling the night. An enormous international cast including Gena Rowlands, Winona Ryder, Armin Mueller-Stahl, Beatrice Dalle and Roberto Benigni accompany director Jim Jarmusch, who tell the story of urban homelessness and existential crisis in five comedy stories that extend time zones, continents and languages. The twisted, yet loving look Jarmush sends from the passenger seat to humanity, has made "Night on Earth" one of the most pleasant and popular movies by the famous director.

Directed by Benny and Josh Safdie, the film "Good Time" features Robert Pattinson as Constantine Nikas, whose brother is imprisoned because of a failed bank robbery, embarks on an increasingly desperate and dangerous journey through the underworld to save his brother. After a night full of adrenaline, Constantine finds himself in a spiral of insane violence and destruction while trying to save his brother and himself who are on thin ice while racing with time. "Good Time," is a breathtaking movie directed by Benny and Josh Safdie, with its montage, Robert Pattison, who goes beyond himself with his performance and the soundtrack of Oneohtrix Point Never.

Maybe it is no longer important to draw a line between the virtual and the real since their boundaries are blurred. While the virtual world renders us different from our original selves, it also allows us to continue being ourselves. While we constantly worry that virtuality weakens reality, our electronic second life may offer new possibilities thanks to the combination of these concepts, open new doors to a new power that exceeds the mortal world. Our passion for a simple and free life remains in this ultra-space of this combination, at the point where reality ends. God loves us, but our salvation lies within each other. The film is directed by Cao Fei.

"Haze and Fog" is a new kind of zombie movie set in modern day China. The movie scrutinizes how the collective consciousness of people living in the age of what Cao Fei defines as "magical metropolitans" is revealed in the boring and ordinary daily life at the first glance. This magical reality emerges from the pivot point of the struggle between the visible and the invisible. The movie depicts miracles in our world are blurring and we need something special to see them more clearly. This is the story of unseen miracles in dull, lost lives.