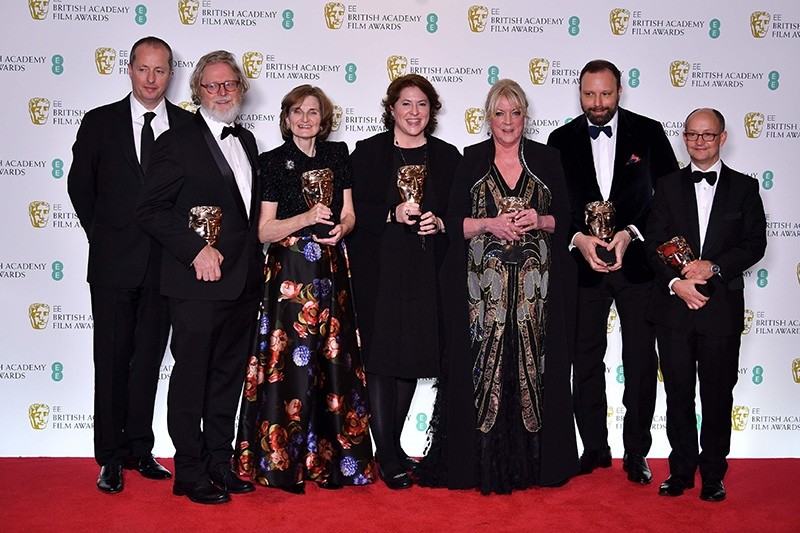 Netflix black and white family portrait "Roma" won Best Film at the British Academy of Film and Television Arts (BAFTA) awards on Sunday, scooping up the top prize at the star-studded event in London.

"Roma" also saw Alfonso Cuaron pick up the Director prize at the ceremony.

Tragicomic royal drama "The Favourite" was crowned the year's best U.K. film. Yorgos Lanthimos' period drama has a total of 12 nominations for the U.K. equivalent of the Oscars.

Star Olivia Colman has already won a Golden Globe for her performance as Queen Anne in "The Favourite" and took the best-actress prize on Sunday night as well.

Rachel Weisz has been named best supporting actress at the British Academy Film Awards for her performance as a scheming aristocrat in "The Favourite."

Weisz's trophy was the fourth award of the night for the royal period drama, in which she plays Sarah Churchill, who was one of the most powerful people in 18th-century England.

The actress said she "had the greatest luck in that I played opposite two of the most glorious women," co-stars Emma Stone and Colman.

Mahershala Ali was named best supporting actor for his role as a concert pianist in "Green Book." Ali said at the awards ceremony in London on Sunday night that it was "surreal to get this kind of thing for something you feel so passionate about and grateful for."

Film Not in the English Language — "Roma"

Makeup and Hair — "The Favourite"

Animated Film — "Spider-Man: Into the Spider-Verse."

The red carpet glamour is unfolding against a backdrop of soul-searching and scandal about abuses in the entertainment industry.

Last week, the British academy suspended director Bryan Singer's nomination as part of the team behind "Bohemian Rhapsody" after four men accused him of sexually assaulting them when they were minors.

BAFTA said the alleged abuse was "completely unacceptable" and incompatible with its values. Singer, who was fired while "Bohemian Rhapsody" was in mid-production in 2017, denies the allegations. The film itself is still nominated.

At last year's BAFTAs ceremony, many women wore black as a symbol of opposition to harassment, abuse and inequality in the wake of allegations against movie mogul Harvey Weinstein.

A British wing of the "Times's Up" campaign founded last year is vowing to keep the campaign going and to double the number of women in film, on and off screen.

The number of female nominees is up this year, but there has been criticism of the academy's failure to nominate any female filmmakers in the best-director category. Only one woman has ever won the directing prize, Kathryn Bigelow for "The Hurt Locker" in 2010.

BAFTA chairwoman Pippa Harris said only 10 percent of films entered for this year's awards were directed by women.

"It needs to be 50 percent," said Harris, who called the gender imbalance an industry-wide problem.

"There has been a traditional problem with getting females to be noticed in terms of their TV work and then get picked up to make feature films," she said. "Men seem to find that transition much easier."