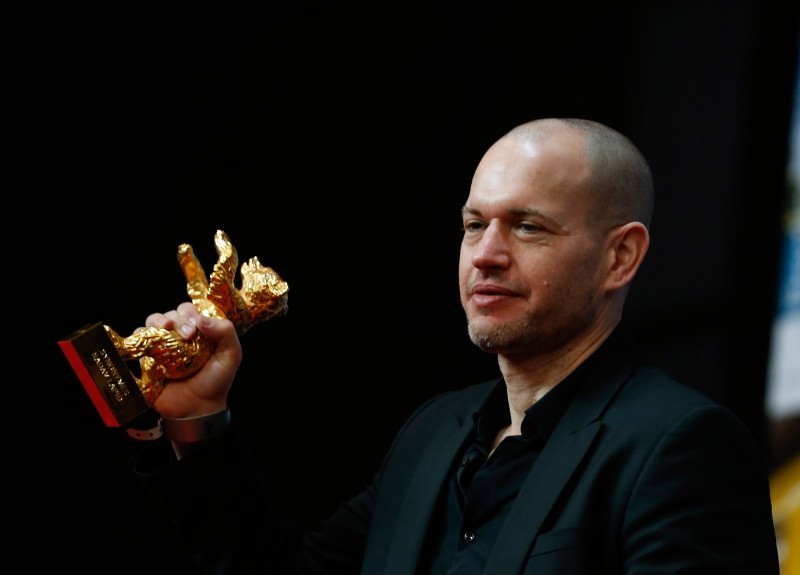 Nadav Lapid's "Synonyms", an anarchic story about an Israeli who tries to suppress his origins after moving to Paris, won the Berlin Film Festival's coveted Golden Bear award on Saturday.

The film, a faintly comedic, semi-autobiographical study of identity and the ambivalence of national belonging, tells the story of Yoav, played by newcomer Tom Mercier, and his struggle to reinvent himself as French.

Yoav is shown muttering French synonyms in an attempt to displace his native Hebrew with French as he bonds with a young, wealthy Parisian couple, played by Quentin Dolmaire and Louise Chevillotte.

Lapid dedicated the film to his mother Era Lapid, who edited his films until her death.

"We edited this movie between editing room and hospitals," he told Reuters. "It was a kind of competition between death and completing the movie. And death won."

Like his protagonist, Lapid left Israel for Paris at a young age, and he compared his journey to Yoav's.

"In his head he leaves the worst country ever to arrive in the best country ever," he told a news conference. "And at a certain moment he is facing a more complex reality. But I am always a little bit like Yoav ... I'm trying to open this closed door. I'm always charmed by something that exists in France."

Mercier's kinetic performance of a character determined to excise what he sees as an Israeli culture of machismo from his soul has been widely praised. But his attempts at reinventing himself also reveal much about French mores.

"I hope that people will feel a deep truth watching the movie," he said, saying that it was in France that he had discovered cinema "as an essential thing ... one of the most magnificent things the world can suggest us."

French director Francois Ozon's "By the Grace of God", a drama about victims of child abuse in the Catholic Church and their fight for justice, won the runner-up Silver Bear Grand Jury prize.

Another Chinese film, Zhang Yimou's "One Second", was pulled from the competition earlier this week, with the festival citing "technical reasons", although it was widely speculated that the film had fallen foul of China's state censors.

"We hope to see it on screens around the world very soon, and deeply missed this film here at the Berlinale," said French actress Juliette Binoche, the prize jury's president, at the awards ceremony.