'Us' a horror film overloaded with symbols 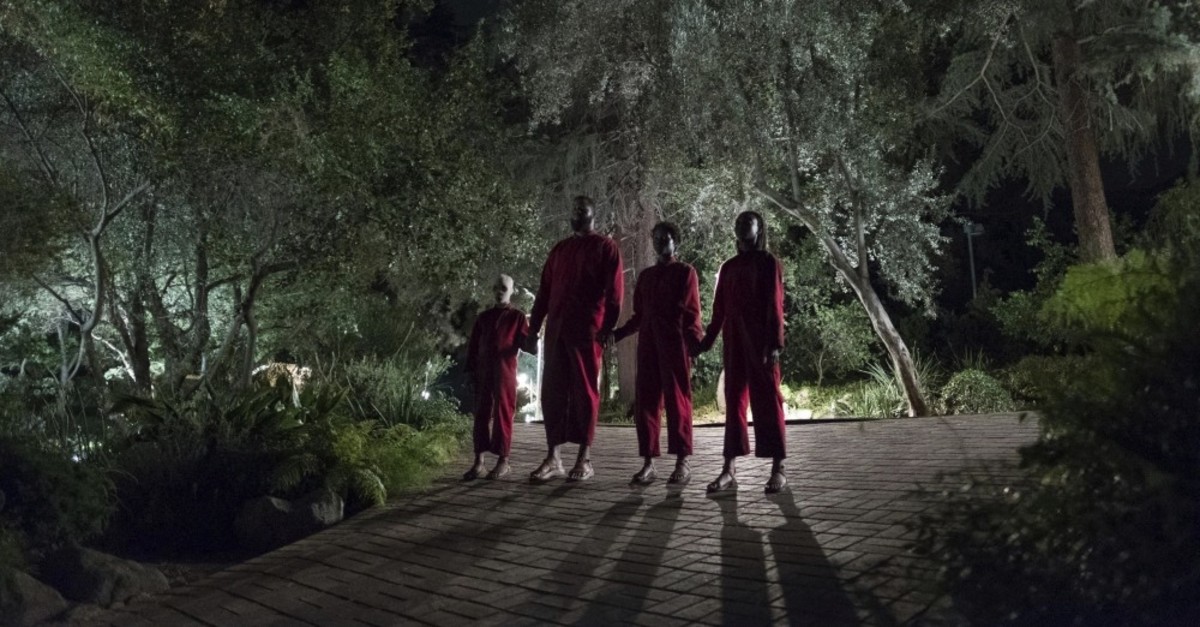 I have always been terrified of horror stories, even the most cheap and comical ones that most find funny. I can't even forget the clumsy Turkish reproduction of the "Exorcist" as a child. A visualized version of supernatural urban myths gives me nightmares. For years, I have refrained from horror movies.

Absurdly enough, I was drawn to watch U.S director Jordan Peele's latest, "Us," in the morning, at a cinema hall - and as it happened I was alone in the theater. I wanted to challenge myself in an environment that was a horror story itself, reminding myself constantly that it was only a film.

Fortunately I was able to focus on the symbols and the elements in the film which are unduly abundant. Jordan Peele got a lot attention with "Get Out" for which he bagged the best original screenplay award at last year's Oscars. Hence, horror fans were impatiently waiting for his new film as "Get Out" was criticized for not totally falling into the category of horror. "Us" is finally a thorough horror film depicting a black family followed by a family a doppelgangers who are haunting their summer house.

The Wilson family, mother Adelaide, father Gabe, son Jason and daughter Zora go on a summer vacation in Santa Cruz. Played Lupita N'yongo, Adelaide seems overprotective and anxious as she feels disaster coming. Haunted by past trauma she avoids going down to the beach which is where the nightmare disentangles. On the night of a beach day, a four-member doppelganger family, identical to each individual in the family, appears in the

doorway and a relentless chase begins between the Wilsons and the Tethered counterparts, as they call themselves.

From start to end, the narrative is loaded with symbols that give hints of the underlying reasons that have caused the Tethereds to be how they are. They all wear red uniforms like prisoners. They live under the city in tunnels. They seem to be out to get revenge of being inferior and protesting the system that leaves some behind while allowing privilege to others. It is, in a way, the uprise of the suppressed and underprivileged. This is the political reading of the film. When it comes to the psychological aspect, a great fan of horror films and a psychologist, Cenk Erdem gave his insights. He said the subtext of the Tethered comes into focus when they seize the family "We are the deprived. We lacked the opportunities you have. That is why we are doomed to be bad and criminal." Technically, they are marginalized and pushed to the underground compared to the Wilson family who can easily be labeled as a bourgeoisie black family. "This is one of the most obvious symbols in the film that politicizes the narrative with class envy."

Other apparent symbols are the bunnies unleashed by the Tethered who carry big scissors to kill. Rabbits are a frequently used image in horror movies. I feel that the bunnies are a reference to the Alice in Wonderland theme. "This time the Wonderland refers to the American dream that pushes to maintain the captivity of the working class just like rabbits in animal testing. People are sacrificed by the system opening them into a world of nightmares rather than dreams. Symbols are so obvious and frequent that it loses mystery," said Erdem.

As a psychologist, Erdem considers it an element that harms the effect of horror. "These objects have been used many times. The story is so loaded with symbols that it loses its psychological effect and quality. The film is totally overhyped by symbols and bears no intelligence," he noted.

The abusive use of propaganda in a horror film is disturbing, though widely employed by black directors especially in Hollywood. A much discussed example is Spike Lee, who has lately hit the agenda with the best adapted screenplay award at this year's Oscars. It has become an undeniable fact that films focusing on matters like the black movement, LGBT movements, politically underprivileged communities are being awarded by the Academy even if the productions are not as successful cinematographically.

I do not find the Academy sincere in this, just like Erdem states, "Giving prizes to such films is offered like a favor by the Academy, but what lies underground is a kind of pity, which is actually pathetic."

Having made such a political and psychological critique, I feel the urge to highlight two strong parts: Music and acting. N'yongo shines with her performance, contributing to the thrill. And the hip-hop touch is well fitting and makes an up-to-date reference to the sense of reality.

Lastly, those who have seen Michael Haneke's "Funny Games," will most probably find themselves remembering a similar opening plot with a family being attacked in their summer house although Haneke's attackers were real human beings.