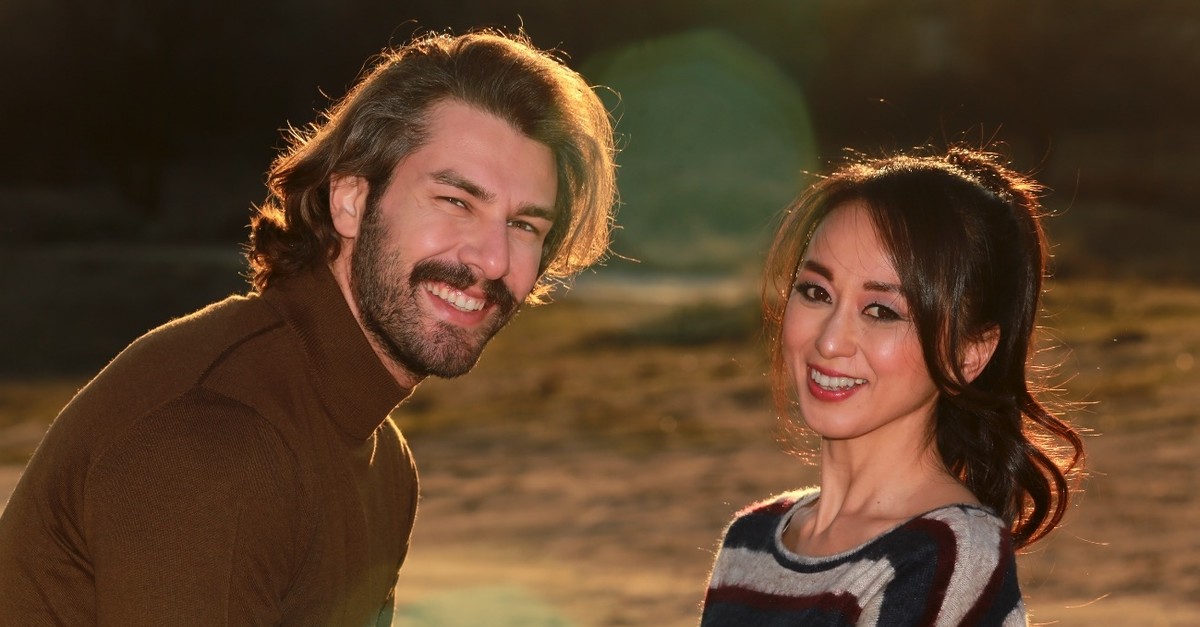 Japanese Megumi Masaki, the lead actress of Turkish film ‘Return to Home,' which hails Turkish-Japanese bonds depicting the 1985 rescue of 215 Japanese people by the Turks from Tehran, shared her experiences in Turkey and film

It was 35 years ago when Tehran was bombed and 215 Japanese passengers were left stranded during the Iran-Iraq War. The passengers embarked on a Turkish Airlines plane and were rescued. A girl named Keiko was among the passengers. The Turkish ambassador Lt. Zafer met Keiko during this rescue operation. This first meeting planted a seed of great love and within minutes they were falling for each other. The Turkish lieutenant managed to help Keiko catch the plane in the last minute. However, he did not know that she was pregnant. The couple remained separated for 30 years. In those years, Keiko raised their daughter Yumi alone. After her death, Keiko left a letter to her daughter telling her everything about her father and their love. In desperation, Yumi decided to return to Turkey to find her father. However, another love story started in Turkish lands and during her visit to the country.

This is the heartbreaking story of Hakan Kurşun's latest film "Return to Home," which is adapted from journalist-author Erdal Güven's book "Escape from Tehran." The rescue of 215 Japanese citizens in the film is a real event which is a cornerstone in the history of the relationship between Turkey and Japan. Like the famous film "Titanic," "Return to Home" focuses on this operation combining it with a love story away. Indeed, this is what makes a film successful for me. No matter how many productions were shot about a historical event, if you give another perspective on the even using elements of love, which is a universal feeling, it is sure that it will catch an international audience.

Although the film offers a love story like many others, its production is a little bit different from others. Since 2019 is being celebrated as the Turkish Cultural Year in Japan, it was decided to make a film on the two country's relationship. "Ertuğrul 1890," the first film co-produced by Turkish and Japanese directors, was about the first cornerstone in terms of Turkish-Japanese ties. Therefore adapting the Tehran rescue operation, which connected Japan and Turkey after about 100 years, to the silver screen was the best option. Turkey will be hosted as an honorary guest at the Tokyo International Film Festival this year as part of the Turkish Cultural Year, and "Return to Home" will premiere in Japan in this festival after its premiere in Turkey. Supported by the Culture and Tourism Ministry's General Directorate of Cinema, the film stars Furkan Palalı, Burhan Öçal and Megumi Masaki in the lead roles. Daily Sabah interviewed the beautiful, talented actress Japan Megumi Masaki and spoke about the film.

From music to actingMasaki came to Turkey five years ago. She said was interested in Turkish music and dance, and had been a yoga instructor in her homeland, Japan. However, she had to quit this job due to health problems. One day in Japan, she went to see the stage performance of one of her friends which presented Turkish music and dance. That day was the beginning of her new life. Under the influence of this show, she decided that she wanted to learn this music and dance. She moved to Istanbul and received training here. After the training, she began to perform Turkish cultural dance shows accompanied by eastern music with some of her Turkish friends to Japanese people in her homeland. She noted that they even performed traditional Turkish henna night in one of their shows.

When I asked her about living abroad, she stressed that she had difficulty in the beginning. When she was in Istanbul for the first time, she knew neither Turkish nor English. She started to live in Sultanahmet, where tourism thrives, and she found some people who could speak Japanese there. Then, she took Turkish courses and now speaks Turkish fluently.

While she was working in the performing arts, she was offered a role in "Return to Home." She was not an actress and therefore she had no knowledge of acting. Apparently, the idea of taking a role in such a movie made her excited and she accepted the role. Talking about her adaptation to film, Masaki remarked, "I did not know anything about acting. If I know a little, I will be excited, but I did not. I did not have any idea about other lead roles in the film either. I only know Burhan Öçal, who plays my father in the film, because of his musical background. Then, we started shooting in Cappadocia. Furkan Palalı, with whom I shared many scenes in the film, helped me out so much. I said to him that this film is my first experience. Then, he taught me how to act. As he could reflect all the emotions in such a perfect way, I was able to give a reaction to them. I can say that he was my biggest helper."

Ties between the two countries

Megumi also noted that the film is a perfect family drama which includes national love as well. She continued, "This is a real story. Turkey and Japan have had ties for a long time. However, I think this tie has started to disappear in the last five-six years because of some unpleasant news. With this film, I hope this tie will be remembered by both of the nations, and more Japanese tourists will come to visit this amazing country, where I have always felt perfect."

The beautiful actress lastly spoke of the similarities and differences between the two countries. "Turkish and Japanese people have many things in common even if they are really different at some point. People in both countries are helpful and philanthropic. While the Turks are more sincere, Japanese people avoid reflecting their emotions directly. Therefore, I can say that there is a difference in manners," she said.