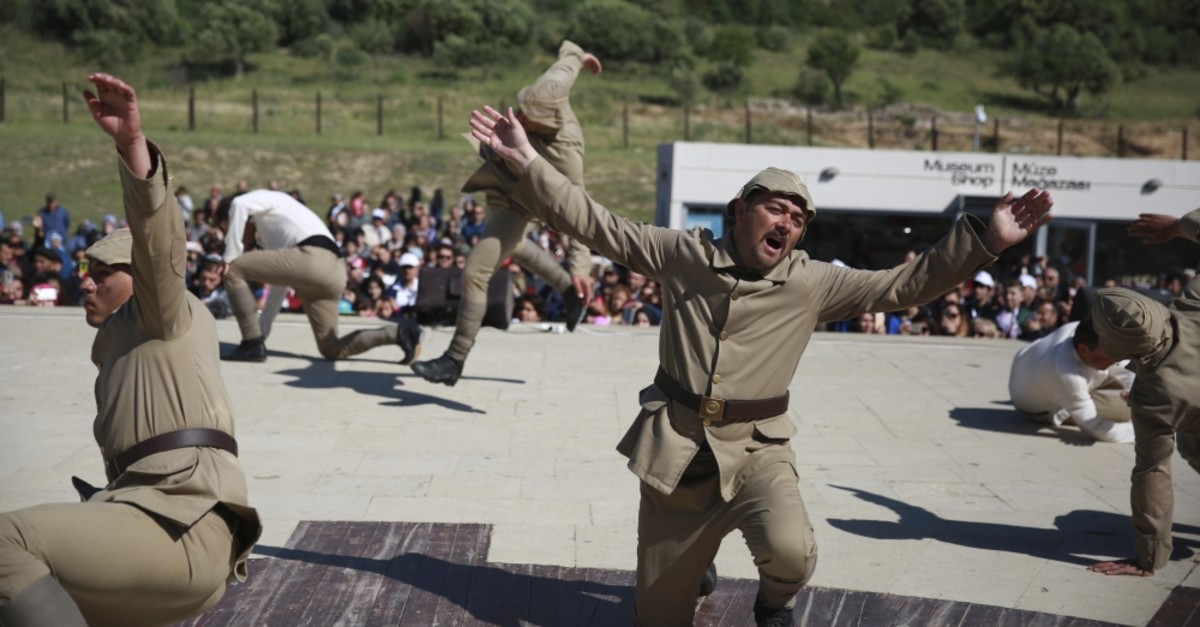 Multiple screenings of Köken Ergun's film "Heroes-Şehitler" ("Heroes - Martyrs") will be held at SALT Beyoğlu. The artist's first feature-length film to date will be presented on April 26-28 as part of the Walk-in Cinema.

Developed over the course of three years by Köken Ergun, the film deals with concepts of martyrdom and heroism that evolve around the legacy of the Gallipoli/Çanakkale Campaign. The artist's first feature-length film to date was initially presented last year at the Artspace in Sydney.

Ergun worked closely with Gallipoli tour guides from Turkey, Australia and New Zealand, initially embedding himself as a regular guest without filming and then documenting more than 50 tours, culminating in 120 hours of footage. The resulting single-channel film brings together varied war narratives told by tour guides, emotional reactions of their audience, and vivid scenes from the military re-enactments. Ergun draws attention on how separate cultures remember, interpret, preserve and convey a common history.

As part of the multiple screenings of "Heroes - Şehitler" at SALT Beyoğlu, Ergun and Zeynep Sayın, who is currently a guest lecturer at The Academy of Fine Arts Leipzig (HGB), will give a talk at the Walk-in Cinema on April 27. The program will be held in Turkish.

"Heroes - Şehitler" is a co-commission between the Australian War Memorial, Protocinema and Artspace, Sydney, with additional support from Supporting Contemporary Art from Turkey (SAHA) and Çanakkale Biennial Initiative (CABININ).