Laszlo Nemes secures a brand for himself in cinematic language 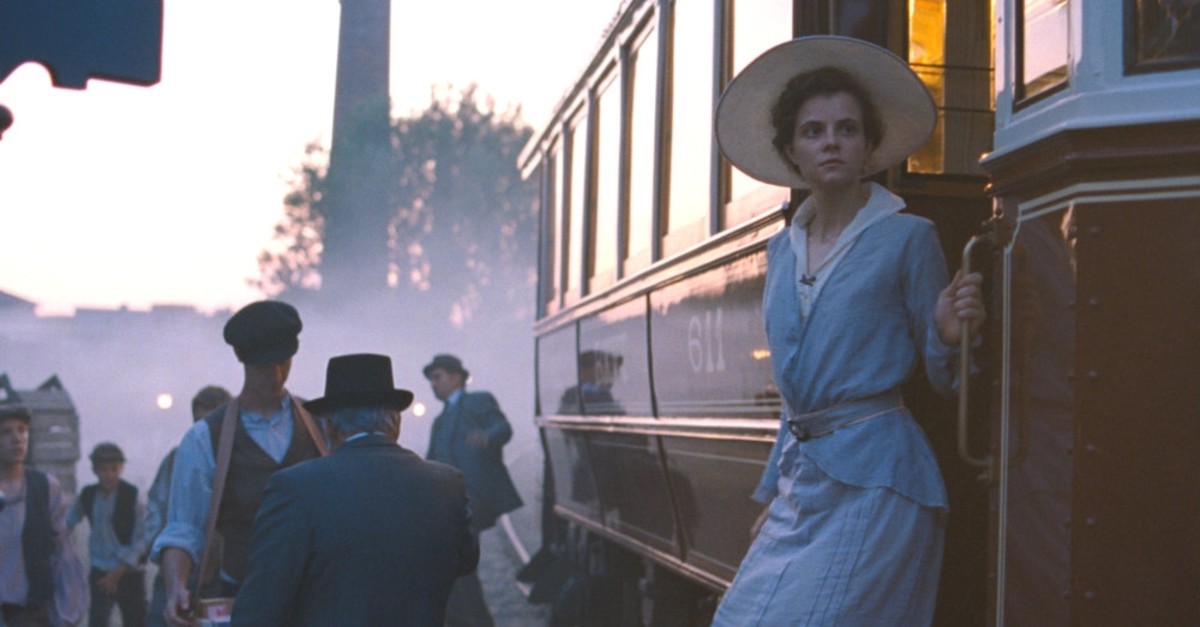 Bearing the title of being the first Hungarian director to win the best foreign language film at the Oscars with his 2015 film "Son of Saul," Laszlo Nemes is back with "Sunset," to be screened on May 17 in Turkish theaters. Selected for the same category for this year's Academy Awards, the film premiered at the Toronto International Film Festival in 2018.

Set in Budapest on the eve of World War I, the film follows the story of a young woman named Irisz Leiter, played by Juli Jakab. Budapest stands with its most recent magnificence during the reign of Austria-Hungary, but not without its corrupt and merciless nature for a woman in the early 1900s. Irisz arrives at a fancy and elegant millinery boutique frequented by high society, even by a princess and a countess, to find a job. She has an inborn talent for millinery, as her family was, in fact, the owner of it before a fire killed them. She now seeks traces of them and relives their heritage on the spot, where she learns she has a brother, who is seen as a persona non grata by the owner of the place and the personnel. She finds out that her brother had brutally killed a count and everybody thus hates him and is afraid of him. That's why they approach Irisz with a mixture of respect and fear.

Through her search for his brother and what is going on in the city, Irisz sets out on a dangerous journey, where she gets attacked by men, indicating how subordinate and vulnerable women were just a century ago. Adding to this is the situation of the widowed countess who is tortured and sexually abused by a powerful man. Despite the seemingly luxurious and lavish outlooks, women are efficaciously weak and secondary.

Another sociological implication is shown through the anarchic groups in the outer city who are able to create turmoil in the garden of the countess. Disorganized groups were emerging in many countries in the early 20th century, just before the war. The one in the film seems to be partly driven by class hatred and there is a heroic side of it, while at the same time "there is hidden suffering behind the glamorous hats," in the narrative. The Leiter Millinery, indeed, provides girls to prestigious households, for them to serve both physical and sexual purposes. The girls' race to be elected to be sent; however, what they think is a race in elegance becomes a misfortune for the girls. The story is a strong sociological criticism in terms of social justice.

Another stronghold is costume design. Long, sleek dresses for ladies; fancy hats ornamented with ostriches and jewelry for the higher class; well-trimmed hairstyles are all fruits of meticulous research and labor.

Plus, the beautiful posture and deep green eyes of Jakab adds to the aesthetic richness of the narrative as the director follows her with close-ups while using long shots in other scenes. The camera watches her so close that you are nearly in her skin. Nemes might have to do that to cover a hardship: Irisz talks fairly seldom and when she does, she nearly murmurs. The director compels the audience to read her eyes, gestures and body language.

This I find artistic, but it can be tiring for a fairly long duration of 142 minutes. You always have to wait for Irisz to say something that will reveal something, but it is delayed for another scene. The puzzle goes on and on in the embodiment of European calmness of the protagonist's face and it takes patience and curiousness from the start till the end. The director seems to have managed to build a unique, personal cinematic language that will be recognized with him, first with "Son of Saul" and now with "Sunset," albeit the first had a much better narrative, which will keep me following his cinematographic journey eagerly.