Border: A taboo-breaking work on 'otherness' 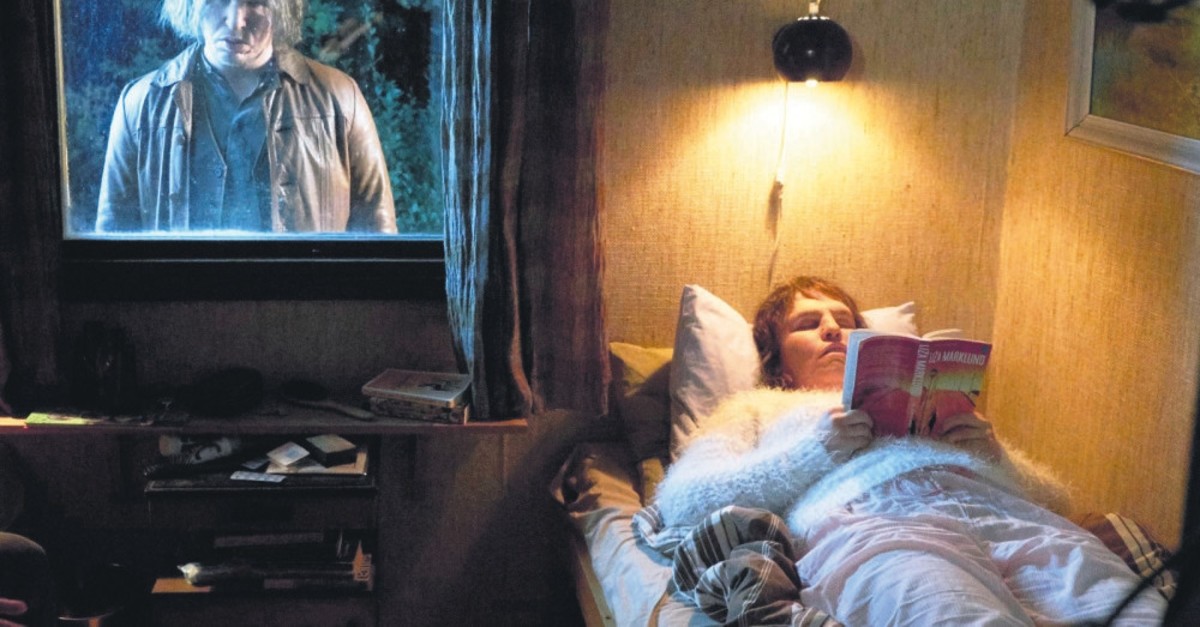 Iranian director Ali Abbasi's 2018 film "Grans," translated as "Border" in English, will come to Başka Cinema this Friday. Having seen it without watching any trailers to not face any spoilers, I was surprised and thrilled by how striking, touching and beautiful it was.

Starring Eva Melander and Eero Milonoff, the film opens the door of an unknown realm that is hard to imagine, through the unsettling story of Tina, a loner in crowds. The story starts at a customs unit, where Tina's excellent smelling ability helps the security team control those who pass by. She can smell out every little piece of good that can constitute a crime, like alcoholic beverages surpassing the legal limit or a memory card hidden in a cell phone.

Colleagues surprisingly seem to get used to her superior talent, albeit respecting and appreciating it. The director uses close-ups when she sniffs like a creature of nature, implicating that she belongs to another species rather than being an ordinary human, with sharper senses and instincts. She can also smell emotions like fear and anxiety, which makes her an indispensable part of a child pornography interrogation that starts at the customs unit.

Behind her work routine, Tina has a hidden life, living on the outskirts of the city in the woods. Though she has a housemate, she does not seem closely related to him and just conforms to basic human relationships. Her genuine realm lies in the woods, the moist earth she steps barefoot on, the lake where she bathes and all kinds of animals she gets on with, with a divine respect. She is a part of nature, both with her outlook and hidden persona.

After the film "Perfume," adapted from Patrick Süskind's book, this is the first work that plays on the sense of smell this hard, as far as I have seen.

In "Perfume," the hero was also a strange man equipped with superb senses, way better than ordinary human beings, but he was going unnoticed by them as he was not that unusual in appearance. In "Border" the heroine has unusual bodily features: Thick skin, very deep and small fovea, a broad nasal bridge, a strong and large jaw, a sturdy skeleton and slow body motions.

Tina tends to ignore other people's rude approaches seen in their eyes and becomes a part of civilization, trying to be a good person beneficial to society. She goes on to live in this make-believe routine, suppressing her instinctive nature, until a poised guy that looks like her comes up at customs. Her contact with him, Vore, changes everything for her and the surrounding order as he seeks revenge. He is aware of the fact that they belong to a rare species, due to a different chromosome sequence, and they have superior features to human beings. He also knows that their parents were killed during a scientific experiment done on them under brutal conditions. The story disentangles in a masterful way that creates awareness on humanity, other possible realms and what human beings do to the world.

Having won the Une Certain Regard award at Cannes with this film, director Ali Abbasi has certainly used nature at its best. Especially when Tina and Vore spend time in their natural habitat, eat worms on trees, bathe in the lake, surrounded by green woods, you can't help feeling like you're in a secret paradise, unleashed from the bonds of urban civilization. He undoubtedly has a great appreciation and an artistic eye toward nature.

What adds to his skill in reflecting this special feeling might have been caused by the very fact that he is an immigrant in Sweden, coming from Tehran. He might have felt a kind of loneliness in a new and strange world, characterized by the calm, cold, Nordic manners when compared to his homeland.

Plus, the story is written by John Ajvide Lindqvist, well-known for "Let the Right One In," focusing on two children in their secret world, emotionally away from the boring crowds. I have to admit that the Abbasi and Lindqvist duo have the elixir to spell out the issue of otherness.

One thing I have to underline is that the film contains nudity, but with strange body features and organs, and a never-seen-before kind of intercourse that can shake underage spectators, although adding to Abbasi's strong artistic narrative.