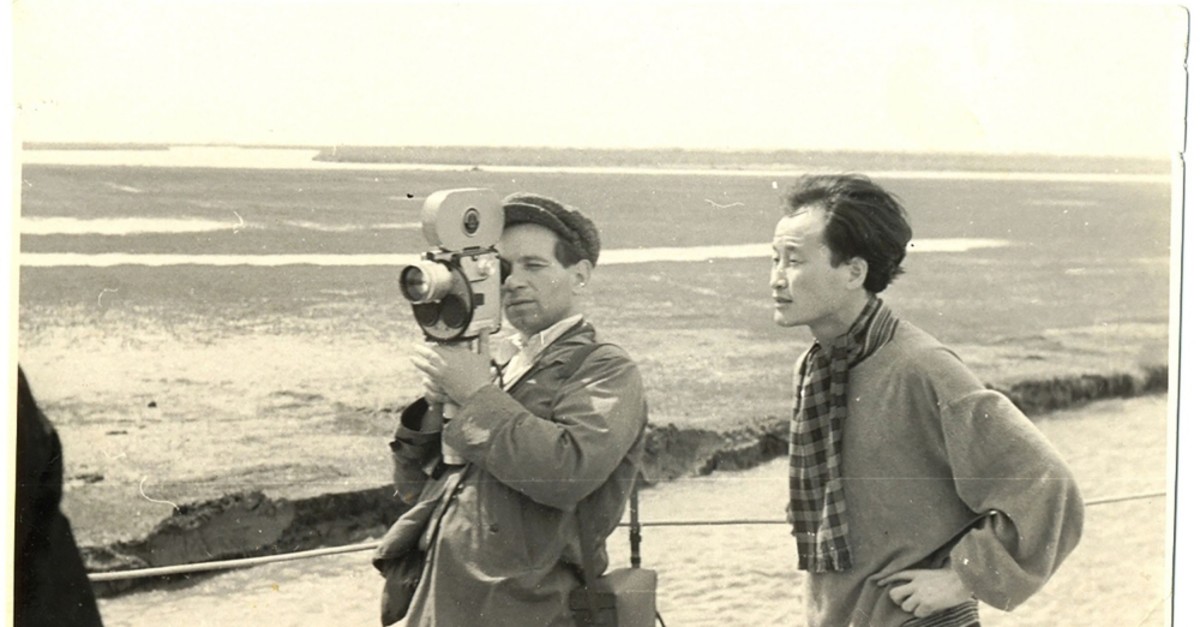 Known as the Moscow 8, eight youngsters from Pyongyang headed to Moscow to study at the Moscow Film School as cinema was considered a great tool to bring the population together; however, they never came back

As the Korean War raged eight of Pyongyang's young heroes — all members of the North's new elite, destined for a life of privilege and power left for Moscow to study at a prestigious film school and never returned. Scattered to the corners of the Soviet Union after they chose asylum and exile to denounce the personality cult around the North's founder Kim Il Sung, they lived as authors and filmmakers, forever separated from friends and family.

"We call the places we are born our homes," wrote one, Han Tae Yong, in a short story.

"There should be a separate word for the places we die, a word that sounds as fond as the word 'home' does."

Now their lives have been made the subject of a documentary by South Korean scholar and filmmaker Kim So-young, "Goodbye My Love North Korea."

In a peninsula defined by the split between North and South, it highlights the Korean diaspora and the impact of separation from a unique perspective.

Known as the "Moscow 8," the group were chosen by Pyongyang to study at the Moscow Film School, now known as the Gerasimov Institute of Cinematography and the world's oldest institution of its kind, in 1952, as Kim Il Sung's forces

backed by Moscow and Beijing fought against the U.S.-led United Nations coalition.

At the time only the North's brightest minds, regardless of their academic background, were allowed to study cinema, filmmaker Kim said.

Film was considered crucial in developing the loyalty of the masses. "The North was obviously heavily influenced by Lenin, who said cinema is the greatest art form that exists," she told Agence France-Presse (AFP).

"Among the eight exiles, one studied nuclear physics before being selected to study cinema in Moscow; he didn't even know what a movie was until then," she added.

Kim Il Sung's son and successor Kim Jong Il father of the current leader Kim Jong Un was an avid film fan who ordered the kidnapping of a South Korean film director and an actress in 1978 to help develop the North's cinema industry.

Even now the impoverished country pours significant resources into movies, although many of its productions are propaganda works extolling its Juche ideology and the ruling Kim family, with titles such as "Under the Guidance of the Great Brilliant Commander" and "We Will Follow You to the End of the Earth."

In what is known as the August Faction Incident in 1956, Kim Il Sung purged party officials who had plotted against him, executing hundreds according to historians, months after Soviet leader Nikita Khrushchev had denounced Stalin's abuses of power in his "secret speech." 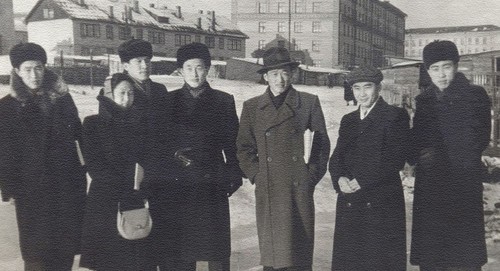 An undated handout provided by Cinema DAL in Seoul on May 20, 2019 shows a photograph of young North Korean film students who filed for political asylum in Moscow in the 1950s.

The following year one of the eight, Ho Ung Pae, publicly condemned Kim Il Sung and announced he was seeking political asylum. He was later captured by North Korean diplomats and taken to the embassy, but escaped via a bathroom window.

The other seven filed for asylum themselves in 1958, giving up the prospect of privileges awaiting them back in Pyongyang.

The Soviet Union granted their request, but on condition they lived apart from each other, to avoid any risk of them mounting a conspiracy themselves and angering the North, still an ally. They were sent to cities as far apart as Irkutsk and Stalingrad

now Volgograd while Kim Chong Hun, the last survivor of the eight, went to Murmansk near the Arctic Circle, where he recalls eating deer meat for all his meals and seeing the sun for only six months of the year.

Later he and three others settled in Almaty, the biggest city in Kazakhstan, where many of the 172,000 ethnic Koreans Stalin deported from the Russian Far East in 1937 had been taken.

"I was ecstatic to see so many ethnic Koreans in Almaty, and to see them selling kimchi, tofu and Korean fermented soybean paste," Kim says in the film.

The documentary is now showing in cinemas in the South, at a time when Pyongyang's nuclear talks with the U.S. are deadlocked, leaving inter-Korean relations in limbo.

"This movie shows the lives of North Koreans who formed multiple identities; as political exiles, ethnic Koreans and residents in the Soviet Union and Kazakhstan," said film critic Lee Seung-min, adding it "discovers what had been undiscovered in Korean cinema history."

Among the group in Almaty was author Han, who led a renowned Korean-language theater and wrote plays critiquing both the North and South.

As well as Kim Il Sung's personality cult, his subjects included the South's participation in the Vietnam War and its 1980 Gwangju Uprising against military rule a legacy that saw South Korean president and former human rights activist Moon Jae-in visit the theater on a Central Asia trip last month.

Han's father was also a writer and a close ally of Kim Il Sung, and his family kept sending letters asking him to return, but he remained in exile and died in Kazakhstan in 1993.

"Han was very much torn between his family and his political beliefs," Kim says in the movie. "He had the biggest heartache among us."

Kim himself was "considered the best kind of Communist back in the North," he added.

"I would've been able to work in Pyongyang until now if I went back home at the time. But I just could not betray and abandon my friends."