'Of Our Own Making' series to premiere at Beykoz Kundura 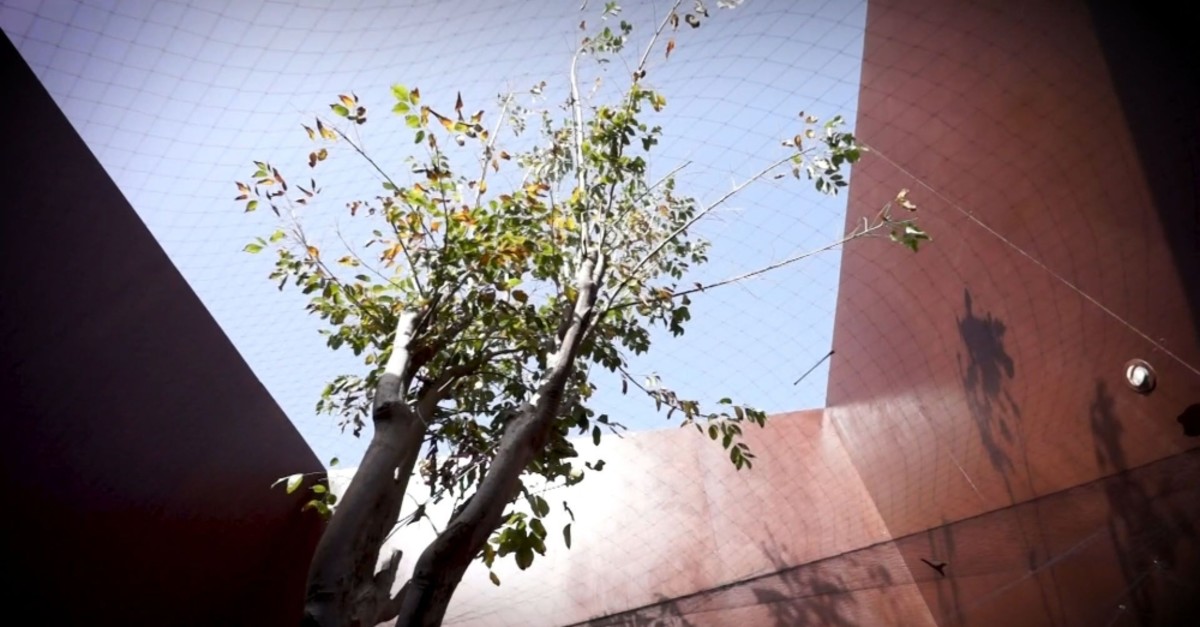 To be shown for the first time in Turkey at Kundura Cinema on Sunday, June 16, Protocinema's "Of Our Own Making" is a series of single-channel videos by Basel Abbas and Ruanne Abou-Rahme, Ahmet Öğüt, Hera Büyüktaşcıyan, Vajiko Chachkhiani, Lara Ögel, Hale Tenger and Theo Triantafyllidis.

The videos in "Of Our Own Making" reflect the voices and concerns of the artists and their regions as well as offering empathy toward shared universal experiences. The screening will be held between 1 p.m. and 2 p.m., followed by a picnic by the Bosporus at Beykoz Kundura. Guests will also watch talented French new wave director Jean Luc Godard's "Alphaville," which will be screened at 4 p.m. in Kundura Cinema's June film program.

Inviting film lovers to an alternate cultural experience in its historical environment with its curated films and parallel activities program, Kundura Cinema collaborates with Protocinema, highlighting its mission to cooperate with different arts organizations to enhance multi-disciplinary dialogue.

"Of Our Own Making" highlights themes of constraint constructed in urban life and the psychological impact of societal developments – ancient, historical and forthcoming – from multiple perspectives. Hera Büyüktaşcıyan, Vajiko Chachkhiani, Lara Ögel and Hale Tenger use folktales, history and storytelling in contemporary narratives to address aspects of societies that may have changed yet remain the same in a different guise. Theo Triantafyllidis' video is a recording of a virtual reality (VR) live performance, which carries ideas of how images and ideas were created in the past, while fully in the future-present. Basel Abbas, Ruanne Abou-Rahme and Ahmet Öğüt work with specific individuals and recent events to speak out against policies put in place by governing bodies that are unequivocally unjust. Specifically, Abbas and Abou-Rahme have created avatars based on themselves and participants of the "March of Return" that took place on the Gaza border, while Ahmet Öğüt works with policemen in Mexico who have been denied safety and health care.

The program is co-organized by Protocinema's Executive Director, Mari Spirito, in collaboration with Aslı Seven, an independent curator and researcher based in Istanbul and Paris. The artists share a dynamic affinity and are committed to raising consciousness on a range of issues, often using personal narratives to interrogate sociopolitical and racial constructs.

Basel Abbas and Ruanne Abou-Rahme's video is titled "At those terrifying frontiers where the existence and disappearance of people fade into each other" and lasts for 10 minutes. Hera Büyüktaşcıyan's "Neither on the Ground, nor in the Sky" is another 10-minute video. While Vajiko Chachkhiani presents a video titled "Shivering Heart," Lara Ögel's nearly five-minute-long video is named "Dream Lives of Debris." Other videos are Ahmet Öğüt's "The Missing T," Hale Tenger's "Under" and Theo Triantafyllidis' "Studio Visit 09: Painting Preview."

Protocinema commissions and presents Site-Aware Art around the world. They produce context-specific projects of the highest artistic quality that are accessible to everyone. Protocinema evokes empathy toward the understanding of difference, across regions through exhibitions, p

A landmark of Turkey's industrial and cultural heritage, the Beykoz Kundura factory has revived a cinematic legacy with the launch of Kundura Cinema in November 2018. The Boiler Room, which formed the heart of the factory complex, has been restored for Kundura Cinema and Kundura Stage projects to serve as one of the newest, yet most historic, cultural platforms in Istanbul supported by a program of curated screenings, performances and parallel activities.