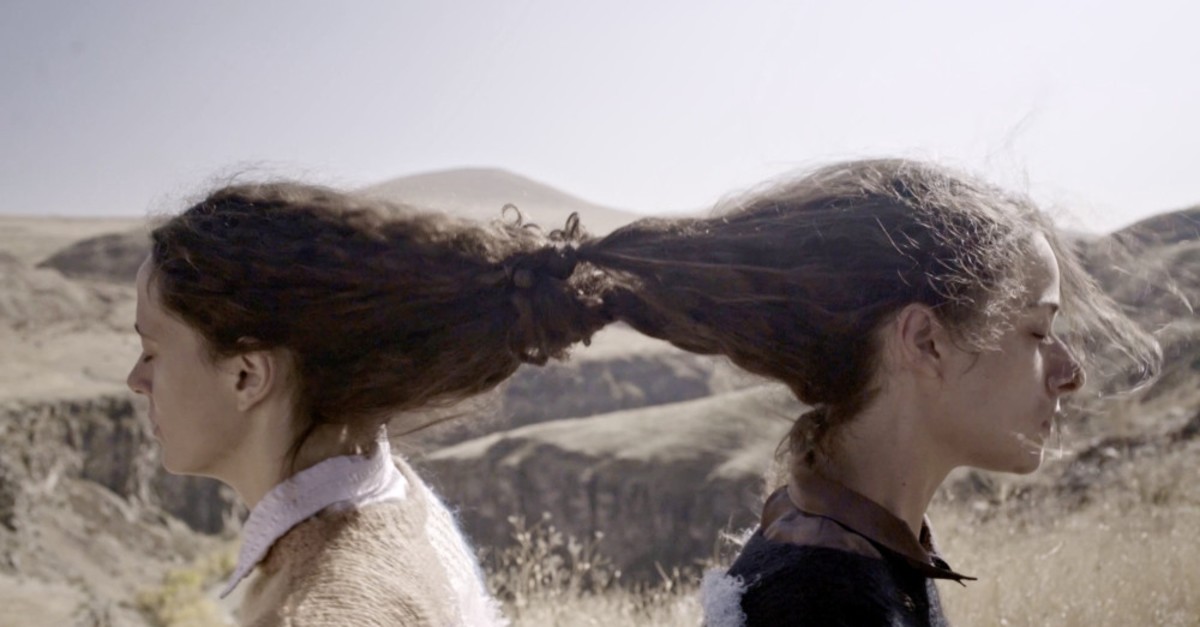 Artists' Film International started at Istanbul Modern Tuesday, bringing together artists from around the world with their video works focusing on the theme of gender

Istanbul Modern is once more hosting the "Artists' Film International" program, containing videos, animations and short films by artists from different geographies of the world. For the 12th year of the program, movies focusing on gender will be screened until Aug. 18.

This year's program focuses on the reflections of different realities on gender that constitute the totality of the concepts femininity and masculinity arising from cultural views, belief systems and expectations in society. Turkish artist Senem Gökçe Oğultekin's video "Dun (Ev)" ("Dun [Home]") will be screened both at Istanbul Modern and at the international partners of the program in 2019.

The Artists' Film International, initiated by Whitechapel Gallery in London in 2008, continues with the partnership of 16 art institutions from different geographies. The institutions share their knowledge and research on video art and participate in the program each year by selecting an artist from their country and working within the framework of a specific theme. The collective selection created as a result of the curatorial works of each institution meets the audience with various screenings.

Participants from around the world

The artists in the Artists' Film International 2019 selection, with program and content curated by Istanbul Modern curator Öykü Özsoy and her assistant curator Deniz Pehlivaner, include Carolina Caycedo from the U.S., Theresa Traore Dahlberg from Sweden, Atefa Hesari from Afghanistan, Lars Laumann from Norway, Jacopo Miliani from Italy, Senem Gökçe Oğultek from Turkey, Marko Tirnanic from Serbia and Hguyen Hai Yen from Vietnam.

Senem Gökçe Oğultekin's video "Dun (Ev)" takes place in the Ani ruins in the east of Turkey, within the boundaries of the province of Kars. The structures in this location, which used to be a large city center and a former capital in the 10th and 11th centuries, are located around Arpaçay River, acting as a natural boundary between Turkey and Armenia. With this region in the background and named after the word "house" in Armenian, the video evolves around dynamics such as the body, women, gender, roots, borders and the past.

The video also features the artist herself and reflects the meeting of two women who look like each other, one from Turkey and the

other from Armenia, their conflicts and their initially physical and then spiritual harmony. Centering on the connection of the female body with its living space, the video visualizes the symbolism developed by two individuals who resist each other and the narrative around the rhythm of difference evolves into "similarity."

Born in İzmir in 1982, Senem Gökçe Oğultekin is a choreographer, performance and video artist. Having studied at the Istanbul Opera and Ballet, Oğultekin graduated from Folkwang Arts University's Contemporary Dance Department in Essen in 2005. The artist works with Pina Bausch, Va Wölfl, Meg Stuart, Laurent Chetouane, Mara Tsironi and many other choreographers. Working with avant-garde dance groups, she also acts as a dancer, singer and performer in the performances at Theatre de la Ville in Paris, Kaaitheater in Brussels and Pact Zollverein in Essen. The artist attended festivals such as Venice Biennale, Tanzplattform Deutschland, Kunstenfestivaldesarts and Rencontres Choregraphiques Internationales de Seine-Saint Denis with her performances. Oğultekin has focused on body research, sound and improvisation in her video artwork since 2016.