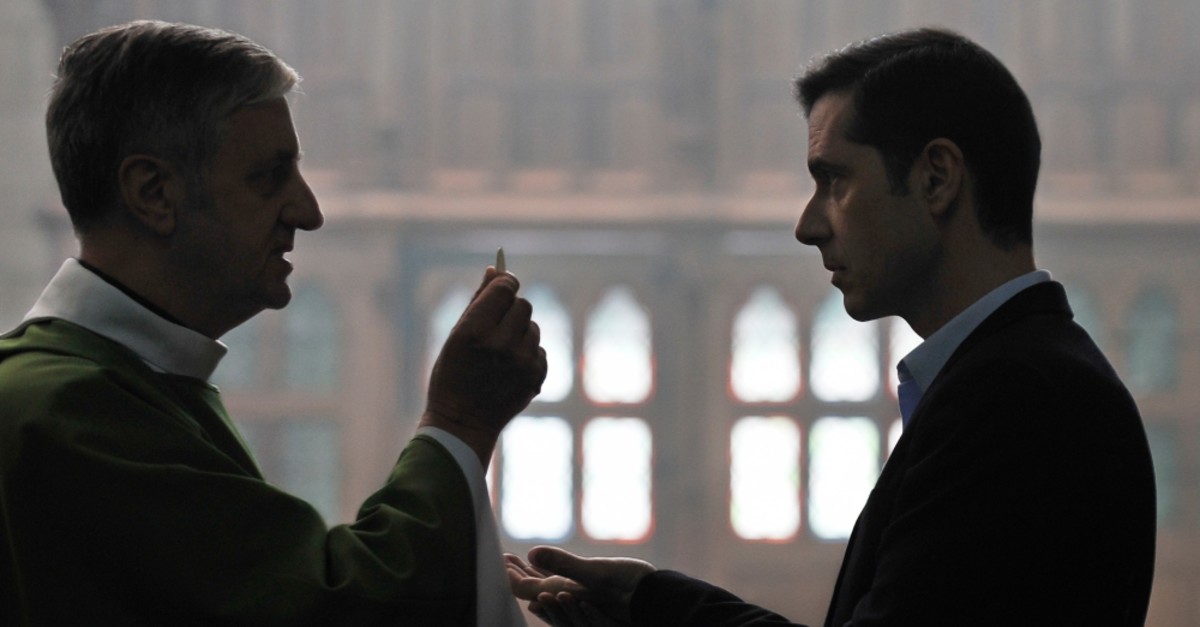 Premiered at the Berlin International Film Festival, François Ozon's "Grâce Dieu" ("By the Grace of God") hits the silver screen in Turkish theaters this week. Inspired by a real story, the French-Belgian drama tackles child abuse and pedophilia in a French church.

When I first saw the movie, it reminded me of "Spotlight," another production about child molestation set in the Boston area involving numerous Catholic priests. "Spotlight" follows the abusive events through The Boston Globe's investigative journalism team, known as Spotlight. However, in "Grâce Dieu," the abuse is resurrected by three victims: Alexandre, François and Emmanuel.

The film opens with Alexandre, played by Melvil Poupaud, who was sexually assaulted by priest Bernard Preynat, played by Bernard Verley, in his childhood, and his struggle to make Preynat pay for what he did. He is a grown man now, married with five children and working at a bank. However, he never forgets Preynat and continuously exchanges emails with Cardinal Philippe Barbarin, demanding an appropriate punishment. Throughout these scenes, the emails are read aloud by their senders. This makes it easier to stay focused for the audience as all the sentences are vital in terms of their meaning.

First, I thought what Alexandre did was working, and Preynat would pay for his crimes. However, the cardinal covers up what the pedophile priest did in the end. The priest and Alexandre confront each other, and the scene closes while they pray holding hands. I was disappointed and disturbed by the result but at that moment, other protagonists become involved in the story. I thought our hero was Alexander, but the camera turns to the life of François, played by Deniz Menochet. Even though he refuses to give a statement on being sexually abused by the same priest at first, he becomes the most powerful voice of this struggle later.

After François, Emmanuel, played by Swann Arlaud, becomes involved with the group. With his participation, it appeared that the director was presenting different lives affected by the same abuse in different ways. While Alexandre is still a believer and tries to make his children join the church, François has become an atheist. We also see that Emmanuel has some kind of panic attacks when he first hears about the priest again.

What makes this group angry is that the priest still works with children. In an effort to prevent more abuse, they form a kind of association and even send out a press release. However, what is interesting in the film is that we also witness the skeptical behavior of the victims' families. For example, Alexandre's mother says that he is always good at exaggerating small things. I could not understand how on earth a mother could say something like that about her son being sexually abused by a priest. It is clear how the church is untouchable even in France, a country with a firm European mindset.

The changing of protagonists made the story more attractive. With such a suffocating subject that is difficult to follow, the approach was wise, making the production more watchable for the audience. I appreciate how the director blended the story of the new protagonist every time. His footage helps the audience empathize with the victims and their suffering, I felt desperate but also wanted to fight the crimes alongside them.

Overall it seems Ozon shot the film with a feeling of great responsibility; however, I should mention there was very little innovative discourse around criticism of the church in the movie. To a certain extent, the lack of criticism helped the audience empathize with the victims and to understand their frustration when faced with skeptical people like I mentioned before. Nevertheless, it adds another nail in the coffin in terms of criticizing the church.

I can say that the film, which is hard to watch in some scenes because of the deep empathy it inspires, draws in the audience; however, do not expect it to offer a fresh take on the subject with which we are familiar.

Before finishing, I want to share an additional note. The film does not reveal the results of the case in the end. It just adds a note saying the real case was postponed to March 7. When I searched for the case on the internet, I saw that the cardinal was found guilty of covering up the sexual abuse and given a six-month suspended prison sentence. Whether this is justice or not is difficult to say.