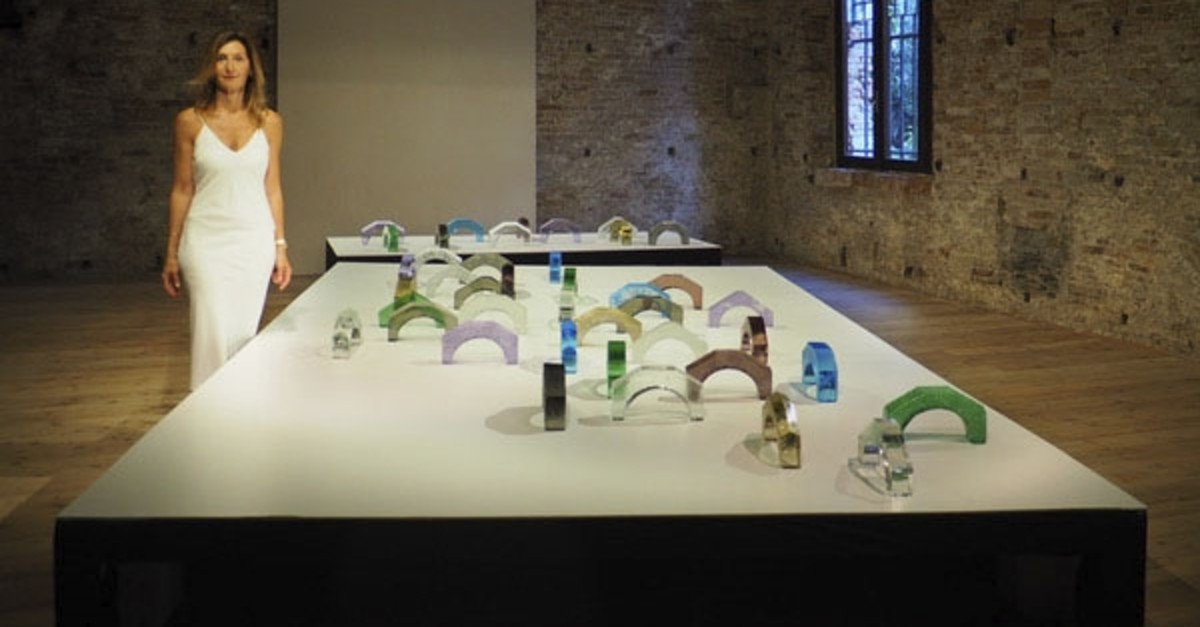 Feleku015fan Onar reflects the cultural interaction between the Ottoman Empire and Venice in her glass bridges.
by Daily Sabah Aug 22, 2019 12:20 am

Turkish glass artist Felekşan Onar will attend the Venice Glass Week in Murano as a special jury guest between Sept. 7 and Sept. 15.

Onar will take part in a conference titled, "Murano-Istanbul: A Glass Making Journey II." Her first short film "Esma" will also be screened for the first time at the festival on Sept. 10.

The film tells the story of the 900 glass oil lamps that İsmihan Sultan, also known as Esma Sultan, ordered from Murano for Sokollu Mehmet Pasha Mosque.

Onar exhibited the glass bridges she designed at the first "Murano-Istanbul: A Glass Making Journey," which was held as part of the Venice Glass Week last year.

She focused on the cultural interaction between the Ottoman Empire and Venice and their bilateral relationships that continue to date via the art of glass.

In the second edition of the conference, this year will discuss the theme "Enamel on glass during the Renaissance period," with prominent Italian and Turkish academics and historians in attendance.

"Esma," which will be screened after the conference, focuses on Istanbul's Sokollu Mehmet Pasha Mosque, one of the most beautiful examples of Ottoman architecture, and its oil lamps brought from Murano, which is world-famous for its glassware.