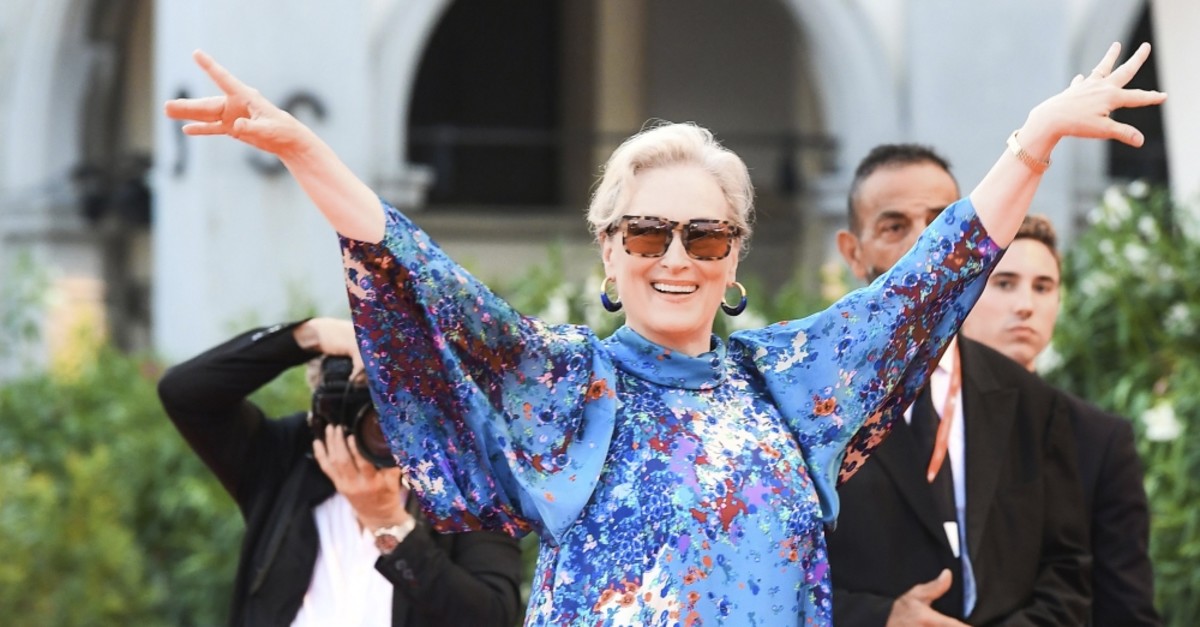 With a special tribute to Meryl Streep, a gala lineup dedicated to women filmmakers and an inaugural award for female talent, organizers say this week's Toronto International Film Festival will honor leading ladies in the movies. A-listers from Natalie Portman to Nicole Kidman, and Kristen Stewart to Streep, will tread the red carpet at North America's biggest film festival, also known as the TIFF, which opens Thursday and runs through Sept. 15.

The festival in Canada's largest city is seen as a key step on the journey to Oscar glory — recent Best Picture winners including "Green Book" and "The Shape of Water" emerged as front-runners here.

They will show alongside heavyweights fresh from the ongoing Venice festival such as "Joker."

Venice triggered controversy by only putting two films directed by women on its main prize program — a storm compounded by the decision to invite director Roman Polanski, who admitted to statutory rape decades ago.

Toronto's organizers said it was a "priority" to correct the industry's historic imbalance against women.

"We've really just chosen to foreground gender and the representation of gender," festival boss Cameron Bailey told Agence France-Presse (AFP). "As a concern in movies generally, there's a long history of this from the very beginning... it affects films at every stage."

More than 300 films from 84 countries will be shown to critics, auteurs and regular movie buffs in Toronto, including 133 world premieres.

Nearly half of the festival's gala films are directed by women

nine of 20 including all three on the Saturday evening lineup.

DreamWorks' animation "Abominable," written and directed by Jill Culton, tells the story of a young Chinese girl trying to help a magical yeti return to his family.

It is followed by the world premiere of the biopic of TV personality Fred Rogers, "A Beautiful Day in the Neighborhood," directed by Marielle Heller and starring Tom Hanks.

The night concludes with "Hustlers," the true story of a group of New York strippers who swindled Wall Street businessmen out of huge sums. It stars Jennifer Lopez and is directed by Lorene Scafaria.

For the first time, the festival will hold a full prize-giving "tribute gala" honoring outstanding careers in film. Streep, who is currently promoting Netflix's Panama Papers thriller "The Laundromat," will receive the inaugural actress prize.

Festival co-head Joana Vincent said the decision to honor Streep was a "no-brainer," telling AFP: "She's so incredibly talented, and it's this incredible, surprising performance in 'The Laundromat' that felt so fresh and different.

"And she's Meryl Streep! Who else would you want to give your inaugural tribute award?"

a haunting ghost story about African migrants won the Grand Prix at Cannes.

"Joker" star Joaquin Phoenix will pick up the inaugural actor award, while Waititi gets the director prize.

The TIFF will open Thursday with the documentary "Once Were Brothers: Robbie Robertson and the Band," a biopic of the musical group which formed in Toronto in the 1960s and became one of the most successful rock outfits of all time. The film features interviews with a who's who of rock'n'roll including Bob Dylan, Bruce Springsteen and Eric Clapton.

Martin Scorsese, who Robertson has worked with on the scores for "The Wolf of Wall Street" and upcoming "The Irishman," also appears.

Later in the week, Portman will be in town to promote Fox's astronaut drama "Lucy in the Sky," Stewart stars in Amazon's political thriller "Seberg," and Kidman features in the Warner Bros movie adaptation of Donna Tartt's sprawling novel "The Goldfinch."