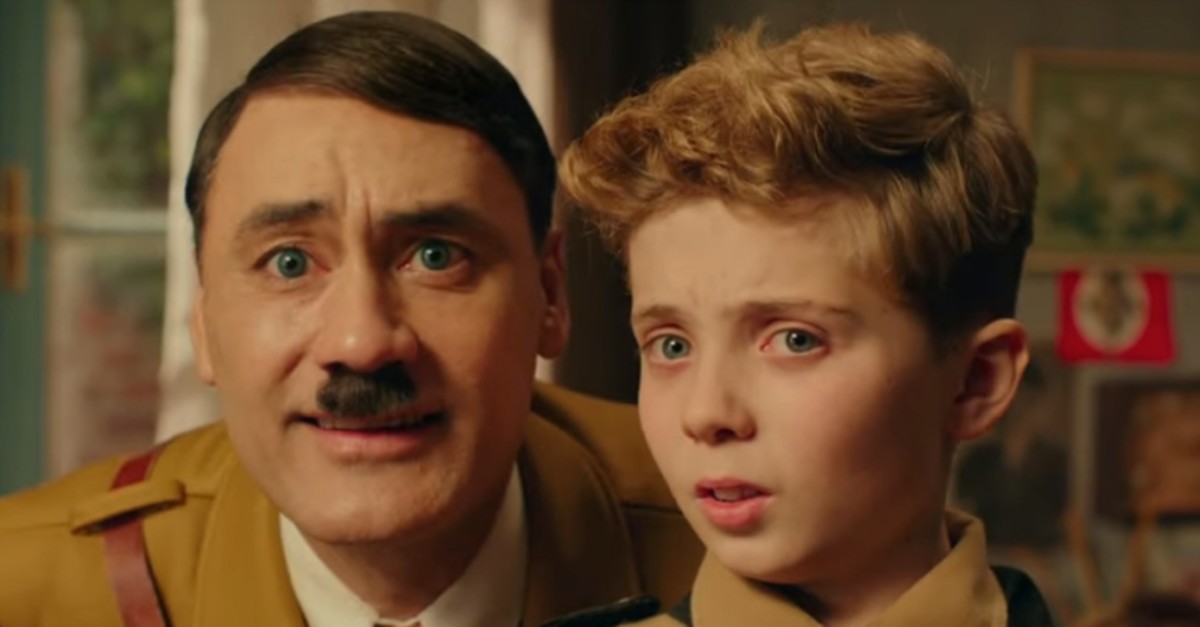 "Jojo Rabbit" on Sunday won the Toronto Film Festival's top prize, an Oscars bellwether which gives the satirical Nazi comedy a boost as Hollywood's award season kicks into gear. The movie from "Thor: Ragnarok" director Taika Waititi tells the story of a young German boy living during World War II whose imaginary friend is a make-believe version of Adolf Hitler.

Billed as an "anti-hate satire," it plots how the child — a Hitler Youth member with a fondness for Nazi uniforms and book-burnings discovers that his mother (Scarlett Johansson) is hiding a Jewish girl in their attic. It beat runners-up "Marriage Story" - also starring Johansson and Cannes Palme d'Or winner "Parasite" from South Korean director Bong Joon-ho. The Toronto People's Choice Award, determined entirely by the votes of festival attendees, has a strong history of predicting Academy Award success.

The last seven winners were all nominated for Best Picture at the Academy Awards, with two of those winning the Oscar, including last year's surprise victor "Green Book." "12 Years a Slave" (2013), "The King's Speech" (2010) and "Slumdog Millionaire" (2008) all began their award season journeys to Oscar glory with the Toronto prize.

"Jojo Rabbit" earned only middling reviews from critics after its world premiere in Toronto.

Variety called it a "feel-good hipster Nazi comedy" which "creates the illusion of danger while playing it safe." But studio Fox Searchlight, now owned by Disney, hopes the film's resonance with movie lovers will help it to follow in the footsteps of last year's surprise winner "Green Book."

The Toronto International Film Festival is the largest in North America, this year it featured more than 300 films from 84 countries, including 133 world premieres. In a break from previous years, the People's Choice Award was announced online rather than at a ceremony. Instead the festival held its first prize-giving "tribute gala" on Monday honoring outstanding careers in film. Meryl Streep, who is currently promoting Netflix's Panama Papers thriller "The Laundromat," received the inaugural actress prize.