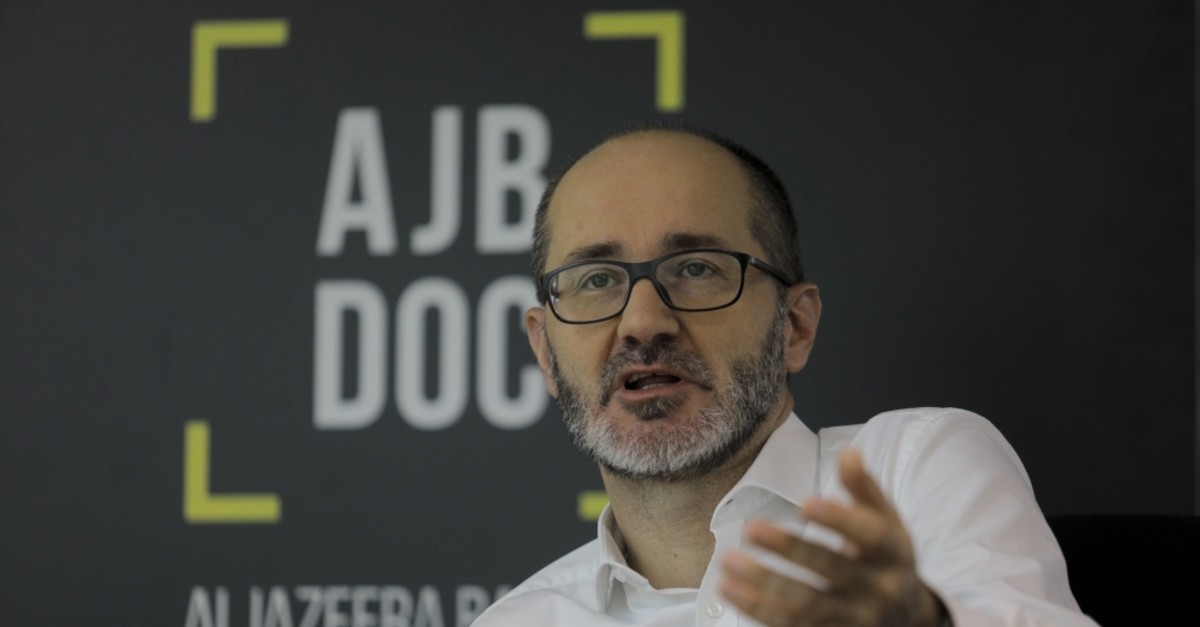 Festival Director Edhem Foco confirmed many significant figures will attend the festival this year.
by Anadolu Agency Sep 19, 2019 12:07 am

The organizers of the second Al-Jazeera Balkans Documentary Film Festival (AJB DOC), which will be organized in Sarajevo, the capital of Bosnia-Herzegovina, between Sept. 20 and Sept. 24, say they will introduce a large number of Oscar nominee films again this year. Hosted jointly by the Al-Jazeera Media Network and Al-Jazeera Media Institute, the festival will bring 23 documentary films together with spectators. The festival's Global Communication Partner is Turkey's Anadolu Agency (AA).

Festival Director Edhem Foco told AA that they are about to finish the festival preparations and announced that many significant figures will attend the organization this year. Noting that they decided to organize this year's festival with the slogan of "change," Foco said, "Most of the films in the competition section are focused on change. In these films, experienced changes or changes that should be experienced are handled. Our slogan is derived from this situation."

Foco stated that the works produced by woman directors, producers and actors will mostly take place at the festival, which they will organize for the second time. "These films are generally more emotional and have deep meanings. We will also give place to war documentaries." Remarking that they will open the festival with the documentary titled "For Sama," which drew great attention in the U.K. and U.S., Foco added that another war-themed film at the festival will be "Light-Footed," which revolves around the Bosnian War.

Foco highlighted that documentaries can be shot with inexpensive equipment and continued, "One of the films that will be screened at our festival is 'Midnight Traveler,' which was shot on the camera of a cell phone and received awards at international festivals. It is not an easy job but it is something that everyone can do if they want," he said.

Indicating that Sarajevo comes to the forefront with its film festivals, Foco said that they want to spread this festival excitement to other countries in the region. At the festival, which will host Palestinian director Rawan Damen this year, there will be three awards - the Main Award, the Program Award and the Audience Award. For young talents, various workshops will also be held at the festival. The festival films will be screened at Cinema City in Sarajevo.