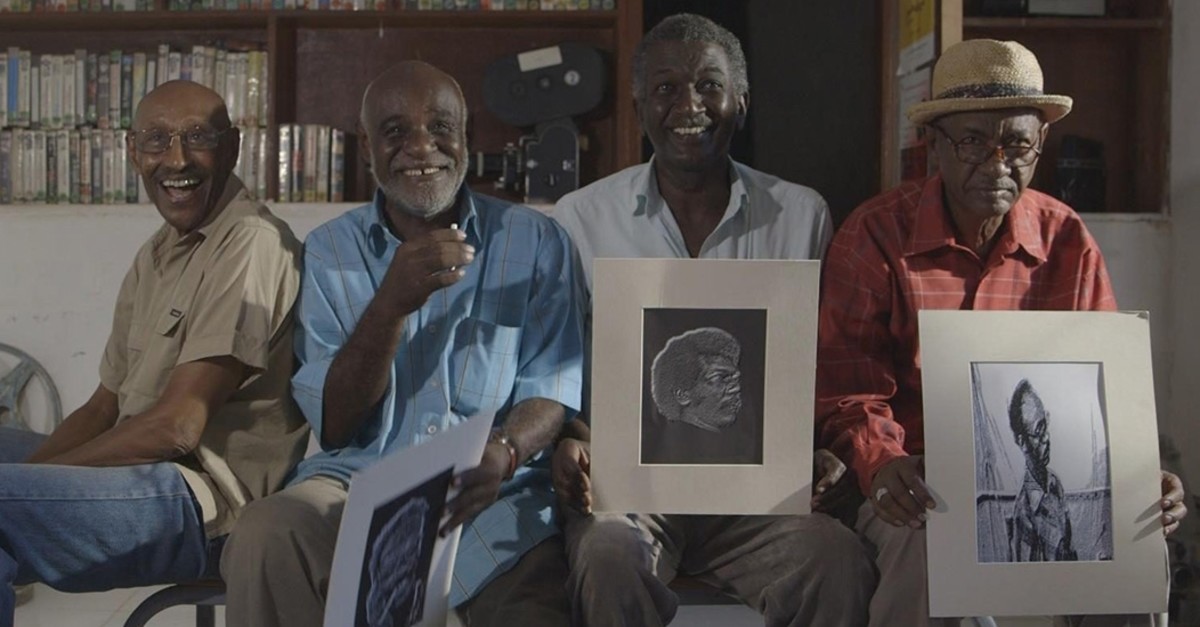 A blessing we have always taken for granted, cinema, was lacking for nearly 30 years in Sudan. Besides various tools of political suppression, the cultural life of the country was seriously axed as of 1989, when Omar al-Bashir, who was overthrown this year, took power via a coup. Leaning on the military and militias, the regime closed cinema halls, prevented film production as well as put pressure on and manipulated other cultural means like music and literature.

Sudanese-born director Suhaib Gasmelbari has successfully portrayed the promising struggle of four old men who try to revive cinema in Sudan in his first feature "Talking About Trees."

Having received an education in cinema in various countries, Ibrahim Shaddad, Suliman Ibrahim, Eltayeb Mahdi and Manar Al-Hilo came together as the Sudanese Film Group to screen films to bring back cinema.

Gasmelbari's documentary reveals fragments from their old, black-and-white films as well as the men's stories through their voices. Despite their old age, all four men work to organize a mass screening at a desolate, large cinema hall. Received with huge enthusiasm, this dream has to jump serious hurdles in the form of official authorities, although the team never lets go of hope and optimism. They do their best to continue small-scale screenings in their limited possibilities.

The documentary was shown at Başka Cinema Ayvalık Film Festival, with the participation of Gasmelbari. He gave his insights about the production, what the Sudanese people have gone through and how important cinema is.

"I was born and raised in Sudan until I was 16. Then I had to leave with my family. I went to Egypt and then Paris, where I went to college. My journey in cinema started later because cinemas were closed. Before the coup cinema was very popular, even more popular than football. In one night, everything changed. The cinephile culture collapsed with the imposition of the curfew during the coup. It lasted long, and the cinema owners lost their investments. After the curfew stopped, the regime shut down the National Corporation of Cinema, which used to bring and distribute films. Some cinemas tried to survive by buying Indian films through unofficial channels. After that everything totally collapsed. The last film produced was propaganda work. Then cinema production also stopped for good. Filmmakers were subjected to repression, to the extent of torture in some cases. So it was a killing of cinema. It lasted for around 30 years," he noted.

The destruction of cinema affected the cultural life of Sudanese people. "Before the coup, there were halls in every corner and packed with audiences every night. After the coup, it became a cultural desert, not only in the cinema. The regime wanted to erase the culture and replace the visual memory with their own propaganda and alienate people from the rest of the world. Places became dead towns. Besides cinema, some music was forbidden, some TV archives were burnt and some books were totally forbidden," Gasmelbari explained.

The director had to shoot his documentary without

revealing himself. "I did not declare that I was making a film, I did not want to get a permit as I did not want to compromise. I was alone with very limited equipment. The most difficult part was to not show that we were shooting a film."

Choosing which reality to show

It may sound that the film is an observational documentary but the director highlights that it is a creative documentary. "I do not falsify the reality like in fiction but I had to choose which part of it I would show. I selected and fictionalized reality in a way. But there is a difference: in fiction, you work on mise-en-scene for a few months, but in documentary, you work for two years, for instance. I had to build a storyline out of what I had shot and make choices among them. As I was editing, I had to observe and consider a given shoot's relation to the whole choreography. As we shot under unfriendly conditions, I had to sacrifice some scenes although they may have been interesting. I had to avoid some scenes in order to not be arrested and complete the film. There were security guards threatening [us] with sticks… I was very tempted to put them in the film. However, I did not add those scenes as I did not want to agitate. In one scene we are threatened and the camera shakes but I felt like pushing them out of the film was resistance itself. There is a very decent, hopeful way of handling the wounds in Sudanese society. I did not want to break it. I wanted to stay loyal to their philosophy. I did not want the regime's politics to invade the film. Keeping the power out of the film is my kind of resistance," he said.

Director Gasmelbari first discovered the four characters while he was searching archives on the visual memory of Sudan. "I had read a lot about their films. Their films were not available when I was in Paris. I went to Sudan and first met Suleiman. He introduced me to the group who were gathering again after many years. At that time they were organizing small screenings. I like that they are always aware of their limited opportunities. They are optimistic but they know about their limited power. They have the philosophy that you have to stay in the movement to do small deeds. The screenings were their naive, symbolic victories. They invited me to one of their screenings. They had a canvas, portable screen, which they dug into the earth. A dusty wind started and it was shaking the screen. They were holding it with ropes throughout the screening and the audiences did not leave till the end. On the way back I felt the necessity to show this enthusiasm to the world."

The film bagged the Best Documentary and Audience Awards at Berlinale. "It was very important to me as the four characters saw the movie for the first time at Berlinale. I was both afraid of the audience and them. They were surprised by a few things but generally, they liked the film. They were happy that it is not like classical documentary or observation, that I took my position in it. Besides, the news that we won an award at Berlinale and my speech in Berlin created euphoria in Sudan. People took the award as a symbolic victory over the regime. It was a powerful moment," he concluded.