Premiered in Warsaw, 'Omar and Us' competes at Haifa Film Festival 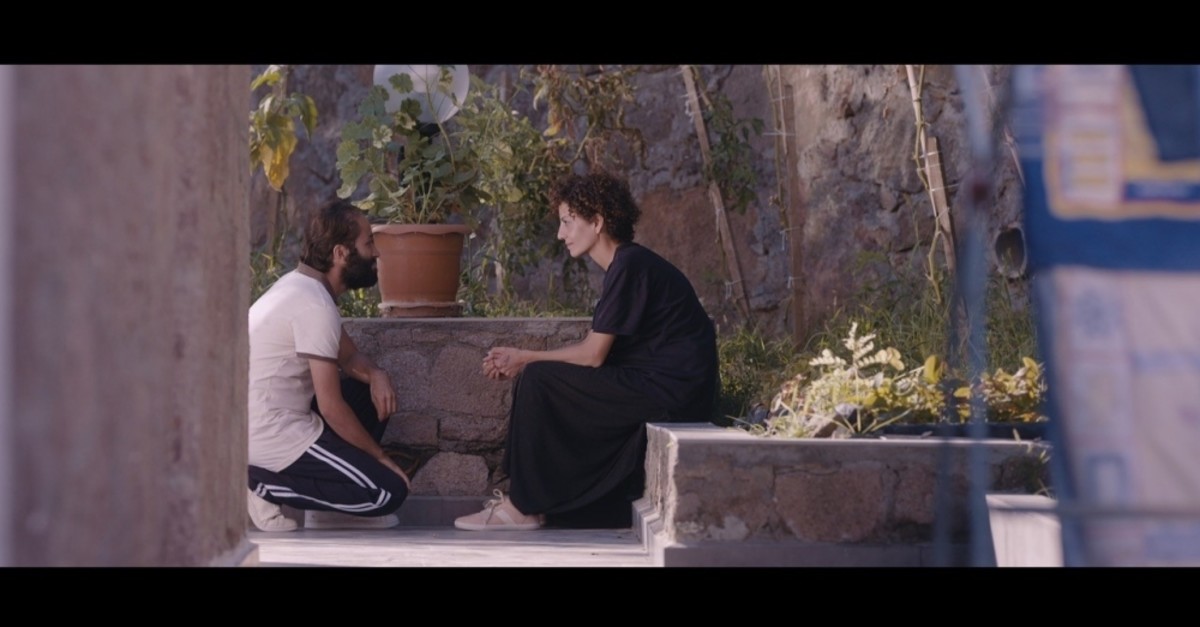 A still from u201cOmar and Us.u201d
by Daily Sabah Oct 17, 2019 6:31 pm
Codirected by successful couple Maryna Er Gorbach and Mehmet Bahadır Er, “Omar and Us” began its festival journey with a world premiere at the Warsaw Film Festival on Oct. 13. Taj Sher Yakub and Hala Alsayasneh, who play the film's main characters Omar and Mariye, are portrayed by two Syrian immigrant actors temporarily living in Turkey.
“Omar and Us” competed for Best Film at the Warsaw Film Festival, which is listed among the 15 most distinguished international festivals in the world by the International Federation of Film Producers Associations (FIAPF). The film was welcomed with great acclaim by the audience for its empathetic and in-depth description of a challenging subject that raises prejudices. While the professional actors could not attend the film's overseas premieres due to their immigrant status, codirectors Maryna Er Gorbach and Mehmet Bahadır Er held a question and answer session with the participation of Cem Bender, who plays İsmet in the film, and Ushan Çakır, who is in the role of Kemal.
Only a few days after the world premiere at the 35th Warsaw Film Festival, the codirectors of “Omar and Us,” which was supported by the Ministry of Culture and Tourism and shot in cooperation with TRT, will attend the screening of the film at the Haifa International Film Festival, which is one of the most important cinema events in the Mediterranean. Polish director Krzysztof Zanussi will serve as jury head at the festival, where films returning with prizes from festivals such as Cannes, Berlin, Venice and San Sebastian are featured in the main competition.
“Omar and Us” tells a deeply conflicting story in which İsmet, a retired commander living on the Turkish-Greek border, experiences a number of events with the two new migrant neighbors who begin to live in the house of his neighbor Sabri, played by Menderes Samancılar, who welcomes the two migrants for saving his life.
İsmet's son Kemal, played by Ushan Çakır, took him to the U.S. because İsmet’s nature that makes it difficult for him to communicate. His wife Fetihe, played by Uygar Tamer, also wants to be near her son. İsmet, who continues to live out the winter at a summer residence on the Turkish-Greek border, finds himself in unexpected situations when his neighbor Sabri comes to welcome two migrants who saved his life. İsmet’s human experience will push him to confront both his political point of view and his prejudices.
Last Update: Dec 20, 2019 1:06 am
RELATED TOPICS