A diverse line-up of must-see Turkish films in Frankfurt 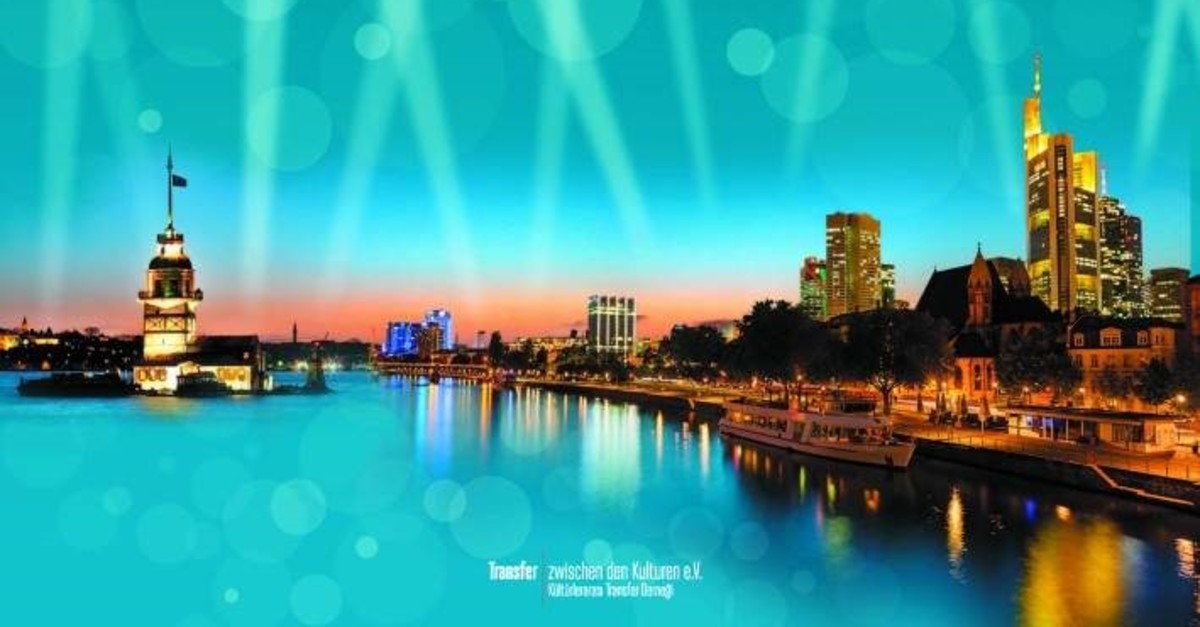 A raft of renowned Turkish movies are competing at the 19th Frankfurt International Turkish Film Festival, a cultural bridge between Germany and Turkey through cinema

The Frankfurt International Turkish Film Festival, which enables Turkish and German filmmakers to work on projects together, will be held for the 19th time on Oct. 27. Contributing to the cultural exchange between Turkish and German societies, the festival is one of the biggest Turkish festivals abroad.
Cinema is increasing the cultural and economic bonds between Turkey and Germany once more this year. Quality examples of Turkish cinema will meet large masses in Germany with this festival.
The Turkish Ministry of Culture and Tourism, General Directorate of Cinema, Turkish Consulate General in Frankfurt and Hessen State Ministry for Science and Art are among the institutions that support the organization.
At the festival, which will run until Nov. 1, the Lifetime Achievement Honorary Awards were given to Meral Çetinkaya and master musician Cahit Berkay. Çetinkaya is a renowned actress who has taken on roles in many films, including “Karalıktakiler” (“In Darkness”), “Vizontele Tuuba” and “Mutluluk” (“Bliss”) and also received the Golden Orange Film Festival Best Actress Award in 1979.
The Loyalty Awards were also presented to Hulki Saner, a screenwriter, director, filmmaker, actor, film distributor, film musician, songwriter and composer who achieved great success with the “Turist Ömer” (“Tourist Ömer”) film series. In the film series, Sadri Alışık plays the leading role along with renowned movie and TV series actress Oya Aydoğan, who passed away at an early age. While Saner’s son and daughter received the award on behalf of their father, Aydoğan’s son Gurur Aydoğan also accepted her award. After the award ceremony, the famous band Moğollar played for music enthusiasts.
Throughout the six-day festival, panels, concerts, workshops, exhibits, contests and film screenings will take place.
Films taking part in the “Turkish Films Competition through the Eyes of German Filmmakers” competition were chosen by director Mustafa Kara, actors Asuman Dabak and Hatice Aslan, film writer Olkan Özyurt, musician Murat Evgin, and Nilay Ulusoy from Bahçeşehir University Faculty of Communication's Department of Cinema and Television under the jury presidency of Cemal Okan.
“Kapı” (“The Door”), with which famous actor Kadir İnanır celebrated his 50th year in the art of cinema, was the opening film of the festival and met movie enthusiasts on Oct. 28 with the participation of Timur Acar, who played one of the leading roles in the film.
Directed by Nihat Durak, the film tells the story of a family who migrated from Turkey’s Mardin province to the German city of Berlin. In the production, İnanır and Acar are accompanied by Vahide Perçin, Erdal Beşikçioğlu and Aybüke Pusat.
Ekin Koç, one of the leading actors of the film “Bizim İçin Şampiyon” (“Champion”), will be in Frankfurt for two premieres on Oct. 31.
Renowned figures like Meral Çetinkaya, Cahit Berkay, Moğollar, Bahar Öztan, Hakan Bilgin, Gurur Aydoğan, Timur Acar, Tolga Tekin, Murat Evgin, Hakan Meriçlier, Hatice Aslan, Asuman Dabak, Nuriye Arı and Ömer Filikçi will attend the festival.
Golden Apple Awards
Nominees chosen by a Turkish jury are evaluated by another jury comprised of German filmmakers and those who are selected receive a Golden Apple Award at the closing ceremony of the festival.
Eleven films will compete in Germany for this award. Among them are “Anons” (“Announcement”), “Aydede” (“Road to the Moon”), “Babamın Kemikleri” ("My Father's Bones"), “Çınar” (“Planetree”), “Güvercin” (“The Pigeon”), “Güvercin Hırsızları” (“Pigeon Thieves”), “Halef,” “İçerdekiler” (“Insiders”), “Kapan” (“Trap”), “Kardeşler” (“Brothers”) and “Sibel.”
Directed by Mahmut Fazıl Coşkun, Turkish dark-comedy film "Anons” (“The Announcement”) focuses on four soldiers' long journey during the night of a coup attempt in the 60s. The film received many awards at various events previously.
“Aydede” (“Road to the Moon”) is a movie on life in the countryside, providing insight into the world of children.
Featuring Goncagül Sunar, Cem Davran, Tanju Tuncel and Ömer Aydede, "Babamın Kemikleri" (“My Father's Bones”) is directed by Özkan Çelik. It is about the homecoming of a man who abandons his village at an early age in order to make his mother's wish come true.
Mustafa Karadeniz’s "Çınar" ("Planetree") depicts the struggle of a disabled youth and his family's story. Co-written by director Mustafa Karadeniz and Necip Güleçer, the film features Sezgin Cengiz, Şilan Düzdaban, Yunus Emre Çelik and Mert Aygün and tells the life story of its director.
Premiering at the 68th Berlin Film Festival, Banu Sıvacı's "Güvercin" (“The Pigeon”) is the other film in the competition. Starring Kemal Burak Alper, Ruhi Sarı and Demet Genç in the leading roles, the film tells the story of Yusuf, who creates a new world for himself with the birds that he feeds.
Turkish drama "Güvercin Hırsızları" ("Pigeon Thieves") is about a teenage boy who raises and steals other people's pigeons, and what happens when he meets an 8-year-old child.
Directed by Murat Düzgünoğlu, “Halef” is the story of a boy named Mahir. Returning home to Adana to help his mother with the orange harvest, he meets an unexpected guest: Halef.
“İçerdekiler” (“Insiders”), featuring Caner Cindoruk, Settar Tanrıöğen and Gizem Erman Soysaldı, highlights the human and social impetus to achieve results at any cost.
Directed by Kudret Sabancı, "Kapan" ("Trap") focuses on the story of youngsters that participated in a contest organized on the basis of the theme, "Which one is more worthy: Integrity or courage?" — with deadly consequences.
Ömer Atay’s "Kardeşler" ("Brothers") features Ege Yazar, Caner Şahin, Gözde Mutluer, Nihal Koldaş, Erol Afşin and Cankat Aydos. It focuses on the revenge of two brothers who have to live in the shadow of an honor killing.
The last film “Sibel” is the story of 25-year-old Sibel who lives in a Black Sea village with her sister and father. It is the story of a young woman who struggles to survive in a conservative society.