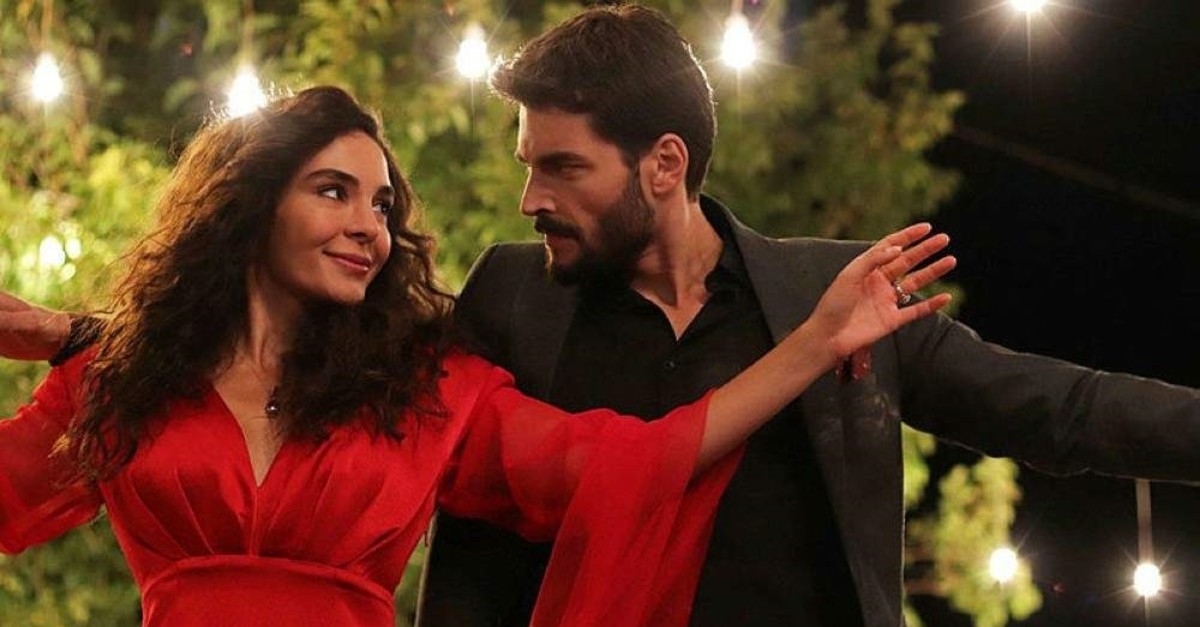 A scene from ,Hercai.,
by Daily Sabah Nov 03, 2019 4:43 pm
ATV, owned by Turkuvaz Media Group, is a company which always follows quality drama production trends. It also grows international catalog, includes new formats. Specializing in various TV genres that enter the international arena as a result of the channel's daily endeavors, the channel has been recently mentioned as the most successful distributor of Albania by continuing to attract the attention of foreign viewers.
While Turkish movies “Kimse Bilmez” (“Nobody Knows”), “Ağlama Anne” (“Don’t Cry Mom”) and “Hercai” (“A Fickle Heart”) started to be broadcast on Tring TV, an Albanian TV distributor, “Eşkıya Dünyaya Hükümdar Olmaz” (“The Bandits”) and “Sen Anlat Karadeniz” (“You Tell, Black Sea”) have begun their broadcasting life on Vision Plus. Among these series, “Sen Anlat Karadeniz” continues to achieve other successes in the Balkan region. The rating of the series on Kanal D Romania was so high that the series also has increased the channel’s general rating. The series tackles the formidable subject of domestic violence, stands above other shows for not only aiming to set exemplary characters and behavior patterns for difficult situations but also for its courage and determination to grapple with social and cultural problems.
Another TV series which is breaking records on both ATV's TV and digital channels, “Hercai” also started to be broadcasted on the Sevimli TV channel of Uzbekistan and Albanian Tring TV. Besides, the series was sold to a total of 22 countries, particularly Spain, Chile, Hungary and Romania. Shot in Mardin's Midyat district, "Hercai" is about an impossible love story rising from a revenge story. The series mesmerizes viewers with the historical and cultural patterns of Midyat.
Last Update: Dec 20, 2019 1:24 am
RELATED TOPICS